Crafting apps are hard fashion and of course also extremely practical, because sometimes it starts spontaneously to tinker, perhaps to bridge waiting times, or because someone suddenly throws a paper plane in its own direction. When everyone starts to make paper planes, of course, they go berserk extraordinary paper planes a lot of impression and quickly steal the show the 0815 standard paper planes. At this point, the ambitious paper airplane designer pulls out the crafting app “paper plane guidance”, which explains step by step how to the 20 best paper planes builds. 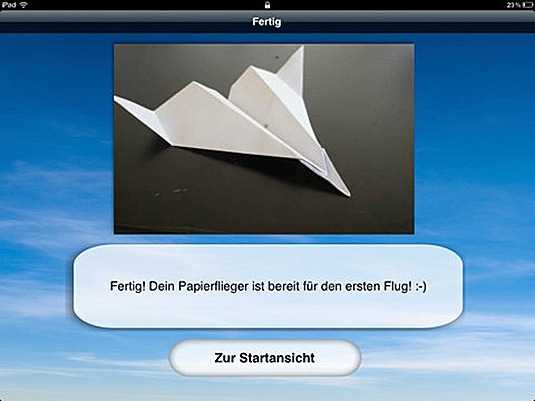 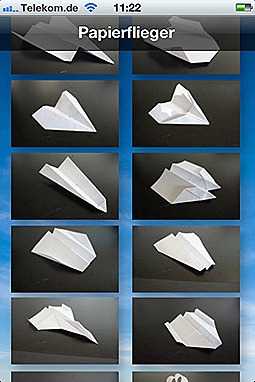 A video was omitted, because that is always a two-edged sword in apps. On the one hand, many want an instructional video, on the other hand, it drives up the memory consumption massively and most of the families we know are on the road with 16 GB iPads and iPhones.

Instead of videos, there is a photo for each crafting step, plus a freely rotatable 360 ​​degree model per paper plane.

Of the offered paper planes, we personally knew only a fraction, here is a look at the content:

X-Wing – paper planes
Relatively easy to fold for beginners and a prime example of a glider. 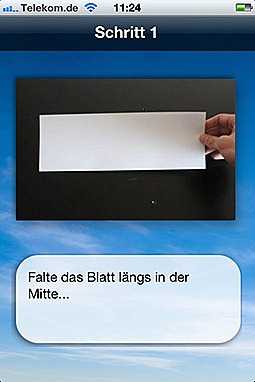 Double Plane – Double Paper Airplane
This extraordinary paper plane carries another small plane in its fuselage, which helps it to fly.

As far as our outlook on 7 of the 20 included paper plane instructions. It should be said that some exotic paper planes looks better than he flies. The app developer also notes this with some models. Since children (especially boys) like to make a paper plane, paint and then run it through the room, the crafting of such an extraordinary paper airplane is certainly not a waste of effort.

What we still need for such a craft app, are extended hints to the expected flight characteristics, possibly special ejection techniques and maybe tips, tricks and tricks. Thus, it is not enough for the big hit in our final evaluation.

Here you can download the apps for your kids: