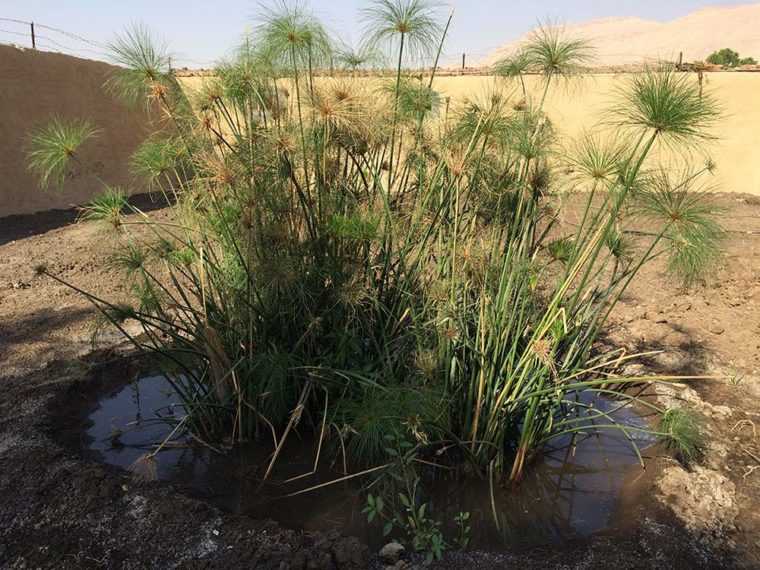 Papyrus- The “paper” of the ancient Egyptians

Papyrus was actually called pa-per-aa in ancient Egypt. The translation is quite simple: The king possessed the monopoly for the production of the papyrus plant. Therefore the word is composed of pa (possession) and per-aa (pharaoh) – possession of the pharaoh. The Greeks made it papure, which became “papyrus”. Our word “paper” is also derived from the word.

Papyrus plants in Luxor – rather sparse. Papyrus fields actually only exist in Lower Egypt, in the fertile Nile delta

The history of the papyrus

When the first papyrus sheet was made is no longer known exactly. However, an undescribed papyrus scroll was already found in a grave from the 1st dynasty (ca. 3032-2853 B.C.). The oldest papyrus with characters comes from the 4th dynasty and was discovered in 2013 in Wadi el-Jarf at the Red Sea.

Why the papyrus plant?

The ancient Egyptians used only papyrus for their vegetable writing materials. The reason for this is the nature of the papyrus plant. Each plant has different hardnesses and moisture levels. Some are full and fibrous on the inside, but most reeds are hollow on the inside. Even our native reed grass is hollow and consists of individual segments. Each segment begins and ends with a knob in the stem. The papyrus plant is an exception. It has a full stalk core and grows straight without knobbel and becomes partly nearly 3 meters high, if one lets it grow. So enough material for the production of many papyrus rolls.

For over 4000 years, the papyrus plant was one of the most important components of the ancient world, indispensable for administration and foreign policy. It was easier to write on papyrus than on heavy clay tablets and, above all, easier to transport.

But expensive and little resistant

The disadvantage, however, was that it was not as resistant as stone, leather, wood, clay, etc. and that it was relatively expensive. In the Middle Ages papyrus was therefore replaced by cheaper Japanese cellulose paper and papyrus production was more and more forgotten. There are no records of the production process, so that we could only find out what the papyrus production most probably looked like by examining old papyrus rolls and subsequent experiments. 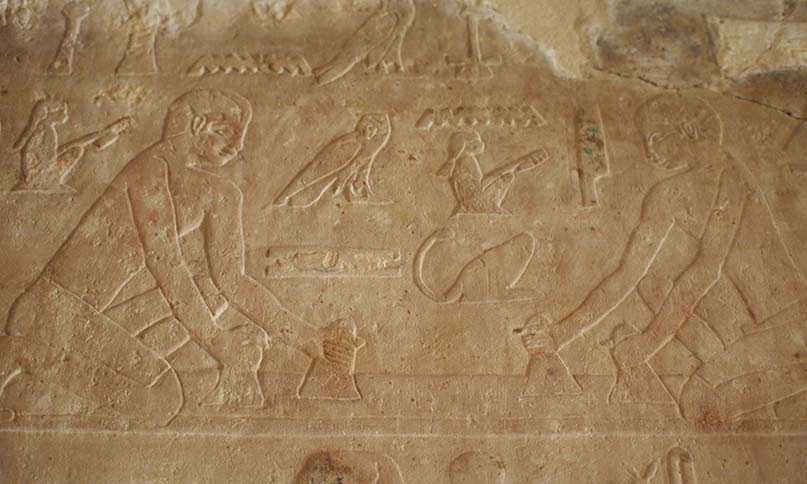 Two men flattened fibres of papyrus around 2400 BC to weave them into a papyrus mat. Grave of Nianchchnum/ Chnumhotep, SakkaraAltes Reich, 5th Dynasty

The production of papyrus

A papyrus leaf (lat. Cyperus papyrus) was produced in ancient Egypt as follows: 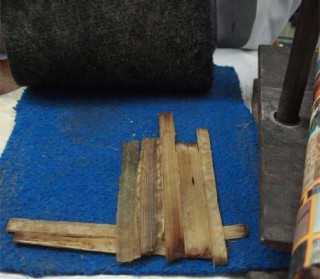 Papyrus production today. With the roller above the papyrus strips are smoothed, with the tamp right pressed.

The sheet sizes varied between 20-50 cm high and 15-40 cm wide. When a larger sheet was needed, several pieces were simply glued together with a sticky paste. The longest papyrus roll found is more than 40 m long. 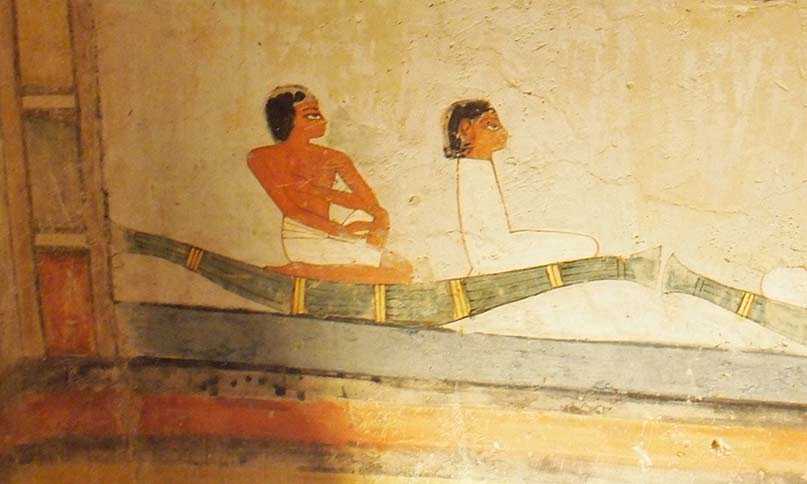 Seaworthy papyrus boat (The adventurer Thor Heyerdal made the trip from Morocco to America in 1970 in the 2nd attempt in a papyrus sailboat built after an Egyptian-Phoenician model named Ra II)Tomb of Menna (TT69), Theben-WestNew Empire, 18th Dynasty

Papyrus was not only used for paper production. Due to the high lack of wood in Egypt, the plant was also used as a kind of wood substitute. The Egyptians produced fuel and all kinds of utensils from the root, and boats were built from the stems. The inner bark was used to make threads from which mats and baskets were woven and braided. Shoes were also made from the plant. In addition, the papyrus plant was still on the diet of the ancient Egyptians and served as a remedy for wounds and ulcers.