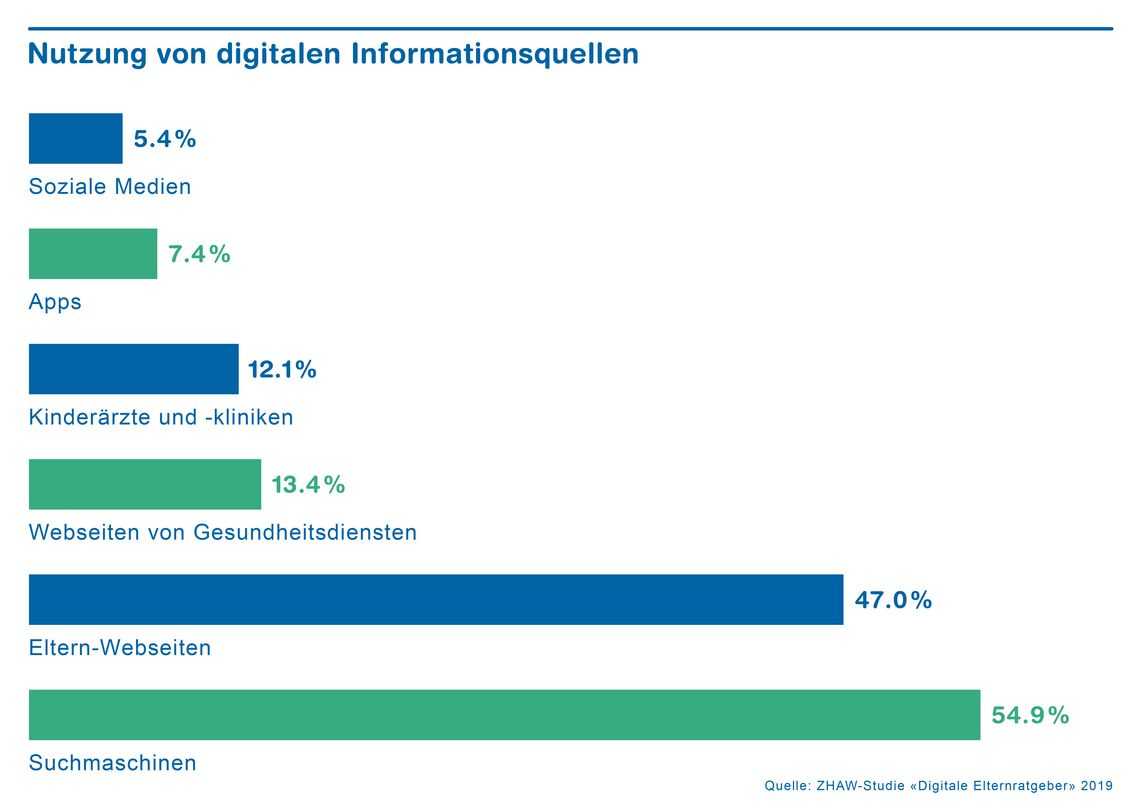 Although Swiss mothers and fathers make intensive use of digital child health guides, they are very uncertain about how to deal with them. Moreover, according to a ZHAW study, information from the Internet has no significant influence on the interaction between parents and the medical profession.

With a scratch in the neck, a reddened place at the upper arm or a pinch in the back, it is only a handle away: Doctor Google. Countless websites, forums, apps and social networks also offer advice for parents who want to find out about their child’s health and development. The ZHAW has now surveyed around 750 German-speaking parents of children aged between 0 and 24 months online and conducted focus group interviews with a selection of the parents and doctors surveyed. The ZHAW study, financed by the Käthe-Zingg-Schwichtenberg Foundation/SAMW, shows that the ZHAW study has been successful: More than 90 percent of parents use digital media to inform themselves about their child’s health and development. Primary sources are search engines and specific parent websites (47 percent). Social media (6 per cent) and apps (8 per cent), on the other hand, are used rather little. “In this respect, the results differ from other countries in which apps and social media play a much greater role,” says Julia Dratva, head of the study at the ZHAW Department of Health.

Personal exchange is the most important source

Although they are widely used, digital media have not yet replaced the “classic” information channels: print media, for example, have a similarly high usage rate – with parents mainly resorting to books. Around 31 percent of digital media users also consult books. As the study shows, however, social contacts are still the most frequent source of information. For example, all participants in the survey exchanged information with at least one person on topics relating to child health and development. This exchange can take place informally with family, friends or acquaintances and formally with paediatricians. Personal exchange is also the first choice of the “Digital Natives” for obtaining information. Around 50 percent consult friends and acquaintances and around 60 percent ask the family for advice.

YouTube (owned by Google) prevents videos from being viewed anonymously. If you play YouTube videos here, it will be registered by Google/YouTube. 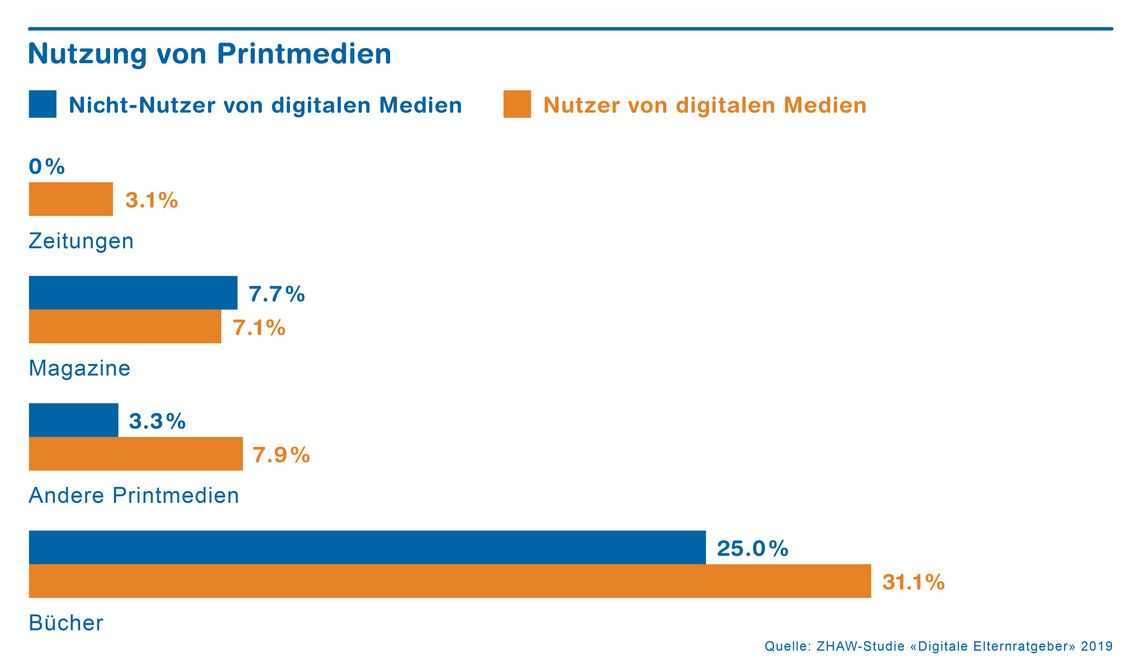 Parents inform themselves online mainly about general health topics. Digital media also serve as a first orientation if something cannot be classified at all. In minor cases, “grandmother” recipes are also researched. “In the case of an acute illness of the child, however, digital information channels are consulted significantly less,” says Julia Dratva. This is probably also due to a lack of confidence in digital media. For example, 90 percent of parents believe that the information found on the Internet is “only sometimes” true. Two-thirds also try to check the trustworthiness of the source. Only about half said they could understand and assess the information from the Internet. “Parents eliminate the uncertainty in dealing with digital media by ultimately contacting a specialist,” says the ZHAW researcher.

Approximately half of parents consult digital media before visiting a paediatrician. They consult about general health issues, alternative and medical treatment options. More than a quarter use online guides after a visit to the doctor, where the exchange with other parents and personal testimonials are also the focus. Some also consult the web because they receive too little or contradictory information from their family doctor or to find alternative therapy options. Although digital guidebooks are used for a second opinion, they have no significant influence on the interaction between parents and the medical profession. “Although medical advice is supplemented or checked using digital information, it still has more weight in health decisions,” explains Julia Dratva. In addition, parents want more guidance in dealing with digital media shortages because of their insecurity.

“The potential of digital information retrieval could be better exploited,” says the ZHAW researcher. However, this requires improved digital media and health literacy as well as understandable, high-quality and scientifically based digital information on children’s health. “If parents are given a more active role in decision-making in this way, this would ultimately also relieve the burden on the health care system,” Dratva is convinced.