Pediatricians: Vitamin D for everyone!

The German Society for Pediatric and Adolescent Medicine has significantly expanded its recommendations on vitamin D supply – in response to the fact that children are becoming lazier. In the future, not only babies, but all children and adolescents should receive additional vitamin D.. 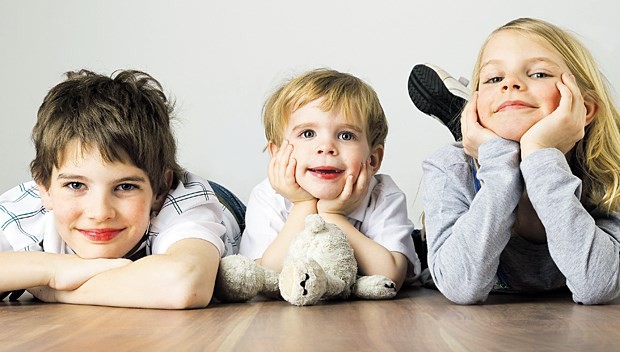 TV consumption instead of raging outside encourages a lack of vitamins.

"In Germany, the daily intake of vitamin D with food is sometimes considerably below the recommended values", says Professor Berthold Koletzko, chairman of the Child Health Foundation.

"Particularly low vitamin D levels are measured in 11- to 13-year-old girls and in 14- to 17-year-old boys, i.e. in a development phase that is particularly important for the growth and development of bones", reports the pediatrician in a message from the foundation.

It is difficult to get enough food: Notable amounts of the vitamin can only be found in fatty sea fish (such as salmon, herring, mackerel, cod liver oil) as well as in eggs or milk. To meet the recommended daily requirement of between 400 and 800 IU of vitamin D, one would have to eat at least three to four fish meals a week or eat at least ten eggs a day.

Daily sunbathing would be the best recipe

The DGKJ recommends this for vitamin D.

From the first week of life to the second experienced early summer, i.e. depending on the time of birth for a period of one to one and a half years, babies should receive tablets or drops with 400 to 500 units of vitamin D3 daily in addition to breast milk or baby food, ideally combined with fluoride prophylaxis against caries.

Doctors should point out to parents how useful it is for their children to spend time outdoors, in motion for at least half an hour a day, ideally with their heads uncovered and their arms and legs free.

From the second year on, all children who don’t get enough sun exposure should get a vitamin D supplement of 400 units daily.

At the moment, however, the costs for the additional vitamin D supplements are only borne by the health insurers in the first 12 to 18 months, according to the Child Health Foundation.

"Vitamin D has an important key function for our health", Koletzko emphasizes. A deficiency increases the risk of many diseases such as rickets, osteoporosis, diabetes, multiple sclerosis, hypertension, muscle weakness and various forms of cancer.

The body also needs the vitamin to build up the bones and to supply the heart muscles and nervous system with calcium.

Ultraviolet sun rays can activate the precursor of vitamin D in the skin and convert it into vitamin D. So the best recipe for a vitamin deficiency would be to sunbathe daily. Unfortunately, this is difficult in our latitudes.

According to the foundation, from November to February the UV-B radiation in Northern and Central Europe is generally too weak to trigger sufficient production of vitamin D in the body as desired. There are also questionable changes in the lifestyle of children and adolescents:

Already spend elementary school sitting around nine hours a day and only an hour in motion.

At least one hour of exercise daily in Germany five days a week (recommended by the WHO!) only a third of the 11- to 15-year-old boys and a quarter of the girls of the same age.

The percentage of children who Sitting in front of a screen for four or more hours a day, has increased significantly in recent years.

Fourth graders already watch the average of one weekday 71 minutes away and play 30 minutes on the computer.

Babies are already affected by deficiency

Babies are already at risk of a lack of vitamin D. Breast milk contains only small amounts of vitamin D, which are insufficient for the care of a breastfed infant.

This also applies to bottle food. In order to keep the risk of rickets at bay, almost all babies are now given vitamin D supplements as a precaution.

Overweight children and vegan or macrobiotic children without sufficient calcium, vitamin D and fat additives are particularly at risk.

Young people from migrant families with dark skin tones are also at risk of vitamin D deficiency in our latitudes. The dark pigment reduces the vitamin D production in the skin.

Young girls with a migration background are also considered to be at risk if they dress veiled for religious or cultural reasons or avoid spending time outdoors.