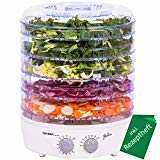 Pemmican – 3 Simple Recipes For Your Own

The first “prepper and trekker“, The pemmican (or pemmican) knew were nomadic peoples from America, Africa and Asia. Thanks to its long shelf life, low weight and high nutrient content, the meat snack has proven to be a valuable emergency food for outdoor enthusiasts.

But no chemistry: just make pemmican yourself

No other survival food brings such a huge energy boost as the mix of powdered beef jerky and fat.

Sure, buying industrially produced pemmican is an option, but with the fairly high price you might want to think about alternatives. The taste leaves many to be desired.

Therefore, my first purchase was a dehydrator. These are now quite cheap to have and if they are only half as long as my steamer from Tefal hold (already over 6 years), then the investment has already been worthwhile. There are also significantly more expensive devices, but for the beginning it should be enough.

The pemmican meat can not burn in a Dehydrator and I also produce unsulphured dried fruit.

Pemmican vs. Dried Meat vs. Beef Jerky vs. Biltong

European settlers have integrated the pemmican into their own kitchen and developed their taste. Different preservation methods have produced meat products ranging from regional specialties to over-flavored junk food.

dried meat Like cured ham, it is made from raw meat of pork, beef, horse, goat, game or sheep. By storage in pickling salt, which is mixed with a spice mixture, the moisture is removed.

Then the piece is rinsed, hung up for air drying or smoked. Well-known dried meat products are the Swiss Bündnerfleisch, the Spanish Cecina or Turkish Pastirma, which are served in fine slices.

Beef Jerky is the American name for beef jerky. Like pemmican, it is cut into thin strips, free from fat, but then placed in a spiced marinade and then dried. Beef Jerky, in lumpy form called Bites or Nuggets, is highly tailored to the American taste.

Industrial processing has removed so many varieties miles away from meaty taste, which is apparently a reason for the high popularity. Anyway, I do not want to get thirsty on the trekking tour. In addition, because of my soy allergy, I prepare dried meat for myself, but I do not like preservatives, flavor enhancers and sugar.

Biltong Denomination of Dutch colonies in Africa, which is made from beef or local game. Here, raw meat strips are marinated in vinegar for a few hours and then rubbed in with a sugar-containing seasoning mixture to air-dry.

After about two weeks, the half-dried meat has ripened ready for consumption. It needs to be picked up in the fridge. Fully dried Biltong (Dutch: bil = club, Tong = tongue) is like pemmican preserved for two years.

I would try beef cattle batton at most once, as the other game species hit the headlines: they found meat from undeclared animals, including zebras under conservation protection.

Traditionally, dark meat with the lowest possible fat content is used: game or beef, but also from turkey, salt beef and lamb, you can make pemmican yourself. If you like it exotic, try ostrich, crocodile or kudu.

The meat is now shrunk and can be crumbled between the fingers as it has lost around 80% moisture. Now it has to be processed into a fine powder.

Roast the small diced strips of fat in a pan at medium temperature. It separates liquid fat from the greaves, which are added or omitted. Possible alternatives are fat from marrow bones or lard.

Meat powder and fat are processed to a homogeneous mass. For seasoning you need pepper, salt or grained broth and refine to taste with fried onions, chili flakes or dry herbs.

Traditional pemmican is kept cool and dark for two years. If other ingredients such as vegetables, berries, cereals or potato flakes are included, the storage period is shortened.

The food concentrate weighs only a fifth of fresh meat, making a daily ration of 2200 calories makes the backpack only 366 g heavier.

With 600 calories per 100 g Pemmican surpasses the energy content of all other fresh foods, including salami and cashews.

On the way you can boil pemmican with some water and together with bread it tastes good and makes you full!

If you are vegetarian or want to go without meat during a tour, you can also make slightly sweet pemmican, which tastes like the Obstriegel from the supermarket.

Soak the dried fruit in water. In the meantime roast the cornmeal over medium heat, stirring constantly in a shallow pot until it turns brown. Then drain the dried fruit, dry and cut into small pieces with kitchen scissors.

Mix the melted fat with the dried fruit under the cornmeal. Press the mass firmly into a square shape with 20 cm side length and place in the freezer compartment. Now just cut the firm pemmican into bite-sized pieces and wrap in aluminum foil. (Source)

Also sweet toothed cats are not forgotten: nuts, dried fruit and honey come as ingredients for the preparation of sweet pemmican.

Mince nuts and dried fruit and add enough honey to keep the mass together. Make balls or spread the pemmican on an oiled baking sheet.

The mass must be in the refrigerator until it becomes firm. The finished pemmican is cut into portions and packed in aluminum foil.

What about the worm issue?

The statutory meat inspection excludes infestation with parasites in the sale. Of course, it also depends on the hygienic processing at home: Cool storage and preparation on the same day are required for raw meat.

Otherwise, you are on the safe side with heating above 70 ° C or freezing for three days at -20 ° C (source). Clean blades and cutting boards hot after use and wipe the worktop with vinegar.

I can prepare pemmican to my liking, it weighs little and lasts for a long time. As an emergency food variant in addition to the NRG-5, it is always in the backpack, even the sweet variants replace the usual muesli bars.

If you are still looking for the optimal prepper food, I highly recommend Pemmikan. But watch out for finished products that you do not catch a pemmican for dogs!

Have you ever tried pemmican? What are your experiences?