“Periodontitis is as dangerous as smoking.” 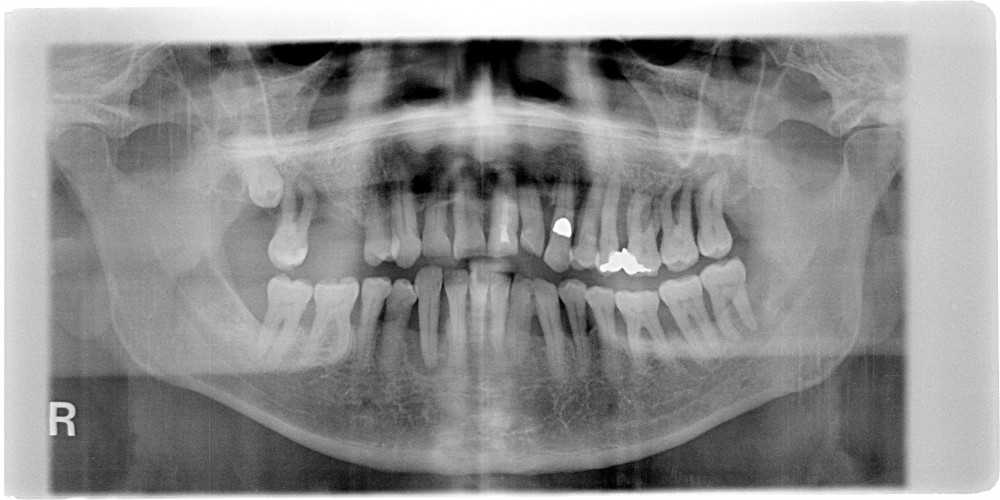 Teeth and the natural dentition in its function to – these are my main duties as a dentist. Unfortunately, it is not that rare that an actually healthy tooth can not be preserved, because the “bed” in which its roots, the periodontium, is destroyed. As in the case of Mr Schulz *, a patient with severe periodontitis. When he came here to my dental practice in Munich, I did not have many options left.

Munich. Dentist practice Schwabing-Freimann. It is Tuesday 11 o’clock. Mr. Schulz comes to me. A new patient. Mr. Schulz looks much younger than 71. A friendly man, who is largely healthy, as I take from the anamnesis.

Only with his teeth he has problems.

When looking into his mouth shows me the full picture of a advanced periodontitis.

If it is not treated, it will lead to the slow destruction of the bony dental bed. As a result, the teeth loosen up, lose their purchase function and ultimately fall out or have to be removed. 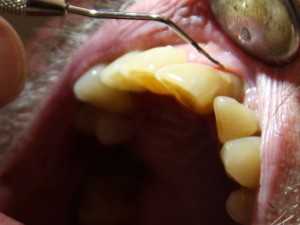 You can see the exposed tooth necks. The whiteness of the roots are bacteria. Unreachable for the toothbrush.

As with Mr. Schulz. I see that almost all teeth are loose in the upper jaw. As well as individual teeth in the lower jaw. Mr. Schulz actually has healthy, caries-free teeth. But a lot of tartar, bleeding gums and by the destruction of the tooth bed exposed tooth roots. This causes pain and difficulty in chewing.

Tartar is increasingly formed in people with particularly mineral-containing saliva. This is a matter of predisposition. Some people make a lot of tartar, others little or no.

When food is no longer fun: periodontitis affects the entire everyday life.

Mr. Schulz tells me that his complaints have been “really bad” for one year, so that meanwhile he can only eat soft food. Toast bread instead of the beloved bark from the Bauernbrot, hardly any meat, no apples, no radishes. Sour and sweet hurts. Eating with periodontitis has become a real challenge. The disease is very advanced. 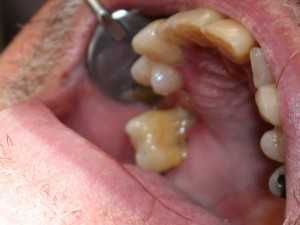 Periodontitis: You can see the exposed roots. Pain in hot and cold dishes are the result.

Due to the persistent inflammation the gums form back. depth Gingival pockets arise and the exposure of the roots of the large multi-root molars form hiding places. In these cavities, the bacteria gather. The inflammation destroys the structures, sometimes pus comes out.

For the patient it becomes increasingly difficult, if not impossible, to keep these cavities clean. Neighboring structures and teeth are affected. A vicious circle begins, which can lead to complete tooth loss.

Therapies did not work

Mr Schulz assures me that he is regularly at the dentist was and at least three times a year one professional tooth cleaning (PZR). Nevertheless, he suffers again and again for years Gingivitis and pain-sensitive teeth. The typical symptoms of periodontitis.

I suspect that these sensible measures started way too late. The destruction of the periodontium was already too advanced, the Gingival pockets too deep. Bacteria could multiply undisturbed there and escape the normal oral hygiene. All therapies, also with support from antibiotics, therefore showed only short-term success

Mr. Schulz cringes when I explain to him that Parodontis is really dangerous. He is similarly endangered as a smoker and can be at one coronary heart disease ill. The chronic inflammation of the periodontium has been in reasonable suspicion for years, the Constipation of small blood vessels in other parts of the body.

Periodontal disease can cause a heart attack as well as smoking.

Finally, I advise Mr. Schulz to have all the teeth of the upper jaw removed. Also the most affected tooth in the lower jaw. The inflammation must finally be stopped.

My primary treatment goal is always the preservation of the teeth. But in the case of Mr Schulz it is too late for that. Even if I pulled only the most affected teeth, the problem would not be resolved. It would remain tooth pockets. The inflammation would last. And with that Risk to the patient.

By removing the teeth all disappear Hiding angle for the bacteria. It forms a closed and inflammation-free mucosal surface on the alveolar ridge. That’s a high price. But only with this radical step will the health risks for the whole organism disappear.

Mr. Schulz takes the message outwardly. That his his “Healthy” teeth he has yet to digest. And yet he seems relieved. I assure him that despite dentures improve his quality of life. Patients can eat anything with a well-fitting full denture, also bread crust or even crack nuts.

Whether later perhaps solid dentures with implants comes into question, I have to check. Nothing is impossible. At first, however, there is no other option than to wear a prosthesis.

So it goes on: first the bureaucracy

Ewa takes three weeks before the health insurance Mr. Schulz the cost plan approved. Then I will one Impression of his teeth make, so that the provisional dentures can be produced.

When the temporary is ready, I will pull the teeth of the upper jaw. Mr. Schulz can then immediately use the provisional. But that’s what you read in the second part.

My 3 tips, so that it does not even come to periodontitis:

* It goes without saying that Mr Schulz agreed to this article before publication.