With around 10,000 inhabitants and an area of ​​just over 17 square kilometers Peschiera del Garda one of the largest places on Lake Garda. The geographical location on the southeastern shore of the largest Italian lake ensures that holidaymakers don’t just come here to enjoy the advantages of the beaches and water sports. Because Peschiera is not far from Verona, right on the Mincio, the only outflow of Lake Garda.

This location ensures that the city has always been a strategically important point for trade and is now also an important excursion destination for the people of Verona. Not least for this reason, there are numerous magnificent villas in the urban area, the holiday– and summer houses in particular of the wealthy people of Verona.

Peschiera del Garda – The city with the imposing fortress

Peschiera del Garda – The city with the imposing fortress 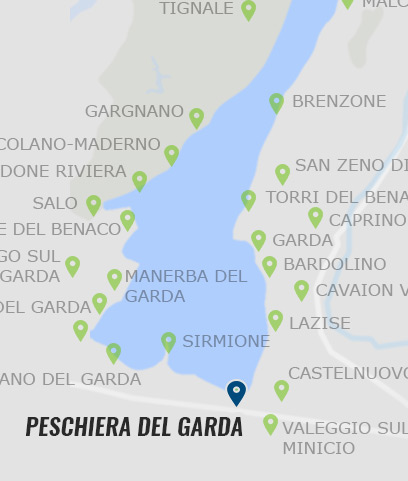 Peschiera owes a lot to her extremely eventful history, especially with regard to the sights that can be visited in the city.

Custoza is located near the city limits of Peschiera del Garda. In the 19th century alone, this was the venue for important battles between the kingdoms of Austria and Italy. At the time, Austria was using Peschiera del Garda and Verona as well as Mantua and Legnago as the so-called upper Italian fortress quadrangle to protect itself from attacks by the Italian army. It was not until 1848 that the Italian troops managed to conquer this quadrilateral and now claim it permanently. 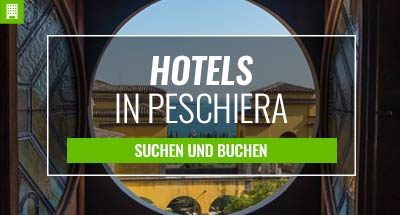 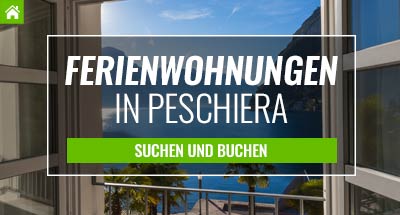 There are numerous sights in the city that can and should be visited. In this context, the city fortress, a witness to the warlike past of Peschiera del Garda, should be mentioned first and foremost. The old town, like Venice, is crisscrossed by canals and also impresses with its narrow streets. Like the city’s green spaces, these invite you to stroll or linger.

In addition to culturally interested holidaymakers who want to combine a stay in Verona with Lake Garda and its cultural heritage, campers and bathing travelers are particularly drawn to Peschiera, which is due to the many well-equipped and attractively located campsites and extensive beaches. Speaking of beaches, many believe that they are among the best that can be found on Lake Garda. If you have your accommodation in town or are in transit, you should definitely visit Castelnuovo. The charming community is located in the fertile moraine hills in the east of Peschiera. 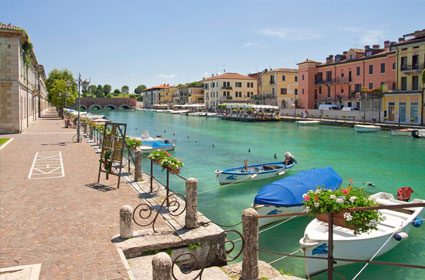 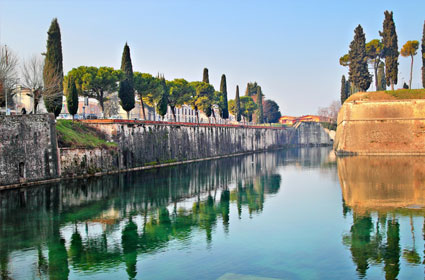 Great events for young and old

In a big city like Peschiera idleness rarely occurs. The best proof is provided by a look at the event calendar, which couldn’t be more varied. Beginning November the whole city fills up with people celebrating the great feast of the patron saint with Palio and L’Incendio dei Voltoni. Because then locals will celebrate elaborate festivities in honor of the Holy Patron Saint of Saint Martin around Martin’s Day. The whole of Peschiera del Garda is on its feet when the Holy Mass and other ceremonial religious ceremonies are held in the parish church of Saint Martin on St. Martin’s Day. Life is bubbling over – thanks to a colorful program of markets, cultural performances, raffle or competitions. Music sounds. Thanks to roasted chestnuts, delicious Lugana DOC wines, warm drinks and regional delicacies, your physical well-being is taken care of. In addition, the audience can look forward to entertaining theater performances and a final firework display that transforms the sky above the Canale di Mezzo with the musical accompaniment of the music "L’Incendio dei Voltoni" into a sea of ​​colors.

The rowing boat regatta Palio delle Mura shows how varied life in Peschiera is. After all, this sporting event promises a surprising program of contrasts with religious events. This regatta has become a tradition in Peschiera. Rowers compete against each other standing in the Venetian style. This competition, first held in the 1930s, enriches the calendar of events and takes place at the end of August. The Palio delle Mura has now become a festival. After all, folklore, sport and tradition are combined. In addition, the sporting competitions are accompanied by fireworks, historical parades and music.

These excursion destinations are absolutely worth seeing

The Veneto region is blessed with scenic diversity. Therefore, holidaymakers in Peschiera del Garda should allow enough time to explore this area with all its facets. The biggest star in the Venetion region is the city, which is particularly reminiscent of this tourist magnet – Veneto. If you are planning a trip from Peschiera to Venice, you should also bring some time with you. On the one hand, there is the Grand Canal, which meanders through the entire city in just under four kilometers in its striking S shape. Venice’s main waterway enchants with the calm water and colorful facades that passengers pass by in the gondiliers. Sights such as St. Mark’s Square or the Verona Arena enrich the cityscape with its distinctive appearance. Venice is a feast for the eyes through and through.

If your journey takes you in the direction of Vicenza, the Teatro Olimpico attracts attention as a special building. As the first free-standing autonomous theater building in Europe, the magnificent building from the 16th century has even become a UNESCO World Heritage Site. The work of art, built in the style of a Roman theater, has succeeded in being built in a tsar Roman style and yet interpreting classic ancient forms in a playful manner. The theater is still a popular venue for events.

Options for getting to Peschiera del Garda

There are several ways to reach the town on your trip to Peschiera. An important landmark is the Gardaland Resort. Because this amusement park is only a stone’s throw away from Peschiera del Garda. If you prefer to travel by car from Milan as a driver, choose the exit to Peschiera. Alternatively, you can head to the city from Venice by choosing the exit "Peschiera" or "Sommacampagna". Another option is a trip on the Brenner motorway. The A22 connects the A4 motorway to Milan from Modena, for example. On this route, turn again to Peschiera at the signposted exit.

There is also a train station in Peschiera, which is served by several train connections. One option is the Trenord line, which connects Milan, Brescia and Verona. On the other hand, anyone traveling with the Trenitalia commutes between Milan and Venice. Although a flight to Peschiera del Garda is rather uncommon, nothing stands in the way of this option in theory. After all, the Valerio Catullo airports in Verona Villafranca and the Gabriele d’Annunzio airport in Montichiari are only a few kilometers from Peschiera.

The municipality and its region are also known for their wine culture. The city forms part of the Lugana wine region, which extends to the south of Lake Garda and has a vineyard area of ​​around 700 hectares. There are also some wineries in this area where you can taste the precious wine. Alternatively, you have the opportunity to enjoy the wine culture of this region in one of the many restaurants in Peschiera and at the same time get to know the regional cuisine a little better. From a culinary point of view, the Veneto is one of the most diverse regions in Italy, numerous specialties come from this area. These include the Venetian fish soup, some other fish dishes, crab risotto or rice with tripe.

Hard to believe, but still true: the center of Peschiera is made up of three inhabited and built-up islands, which are exactly where Lake Garda ends and the Mincio river starts. As a result, Peschiera attracts attention with its star-shaped old town that stretches across one of these islands. This sight is unique in the Lake Garda region. For this reason alone, Peschiera is definitely worth a visit.

Here you will find all the holiday resorts on the lake: Lake Garda towns