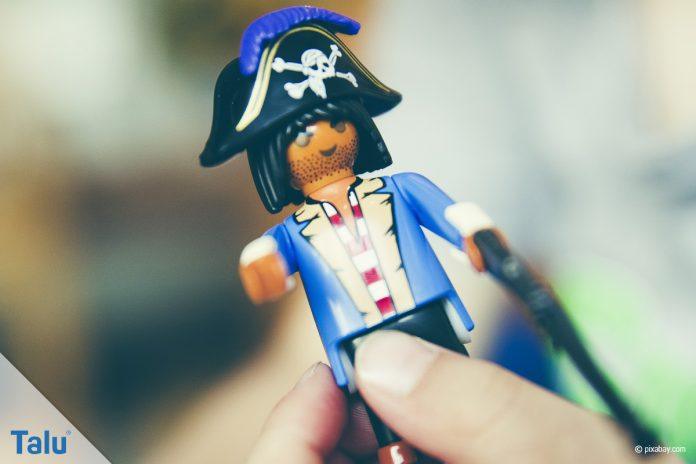 A successful pirate party is a real childhood dream, whether for a birthday or other celebrations. In addition to an authentic decoration in the style of a pirate and great costumes, exciting pirate games are also part of the fun. Here we show you a colorful selection of them with additional tips for planning your pirate party.

The following short suggestions for entertaining pirate games can be adapted in their level of difficulty to smaller pirates as well as more sophisticated for older pirates. In addition, all of the proposals deal with processes that also take place outdoors have fun like in your own four walls. With a little creativity, the pleasure does not have to cost a lot, in fact most decorations can be made yourself with little effort.

If you want to organize a successful pirate party for small pirates, you can achieve a lot with just a few resources. However, the more detailed the individual components are tailored to the topic, the more joy the children will have. So before you start, the first important tip is: Be creative. If you like to be active in the DIY area, you can make great decorations yourself and also design small works of art for the costumes yourself. but one after anonther.

Tip: Small pirate songs can be learned together as an introduction for guests already wearing pirate costumes. With the help of these funny battle cries, it is all the more vigorous in the naval battle. If there are two or more gangs, each learns their own song as a recognition feature.

Indispensable at every pirate party are:

As far as the costumes are concerned, you have two options: In the invitation to your pirate party, specify whether the little guests should already appear disguised – or make putting together great pirate clothing and corresponding accessories directly part of your party. For this, you provide some appropriate clothing and perhaps self-made swords and the like. You can find inspiration and lots of DIY ideas here: Ideas for a pirate costume Especially as an introduction, dressing up together is a great way to warm up a bit. Of course, the correct names should not be missing. We’ll tell you how to create creative pirate names yourself: ideas for pirate names 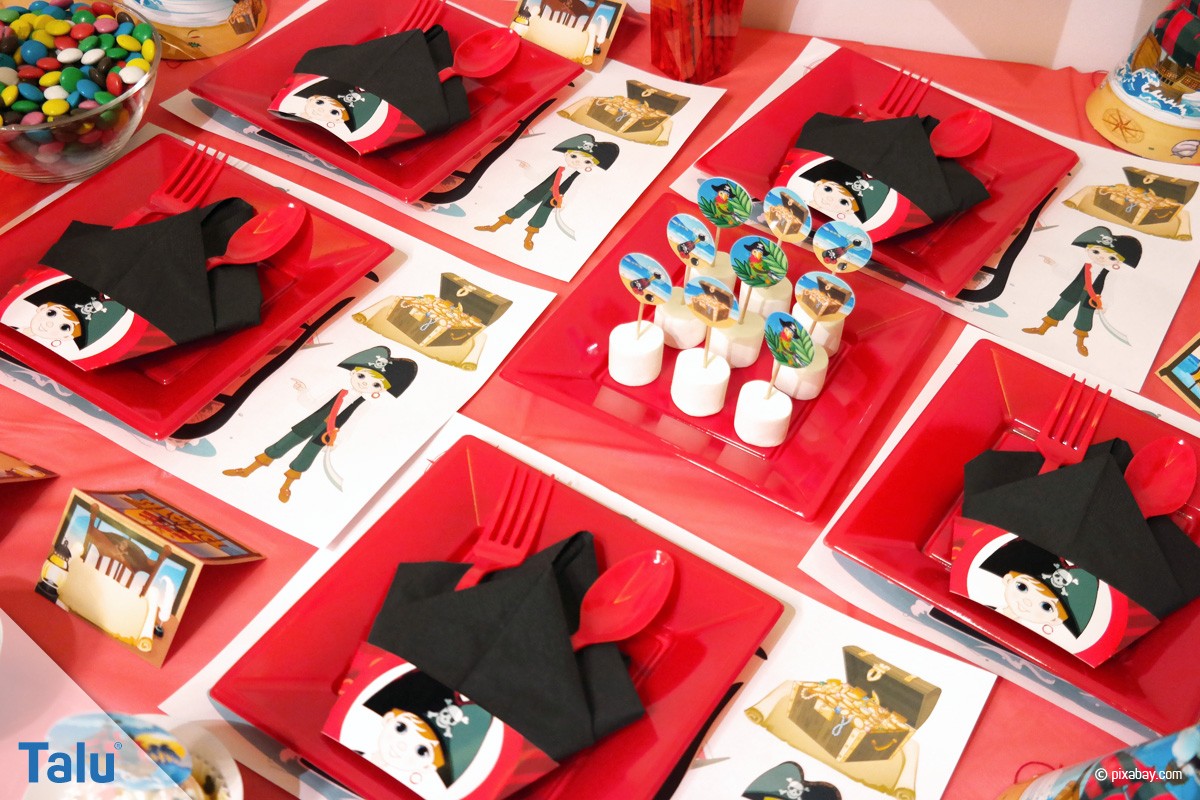 Anyone who thinks of a real pirate party naturally has one thing in mind: the treasure hunt. Before you go to a lavish meal for hungry pirates, you have to conquer the obligatory treasure. There are various options for planning a suitable treasure hunt for your general conditions such as weather and space: Organize treasure hunt

If you still don’t want to or can’t organize a big scavenger hunt, many smaller pirate games give you the opportunity to organize a thrilling pirate party. All games can be used as stations, in several variants:

a) Each game stands for itself and is scattered individually. There are prices immediately afterwards.
b) The children go through all stations like a course. Any points will only be evaluated at the end and the winner (s) will receive the treasure.
c) The guests form small teams in advance, or rather pirate gangs, and then approach the stations as desired. The main thing is that in the end each team went through each game once. 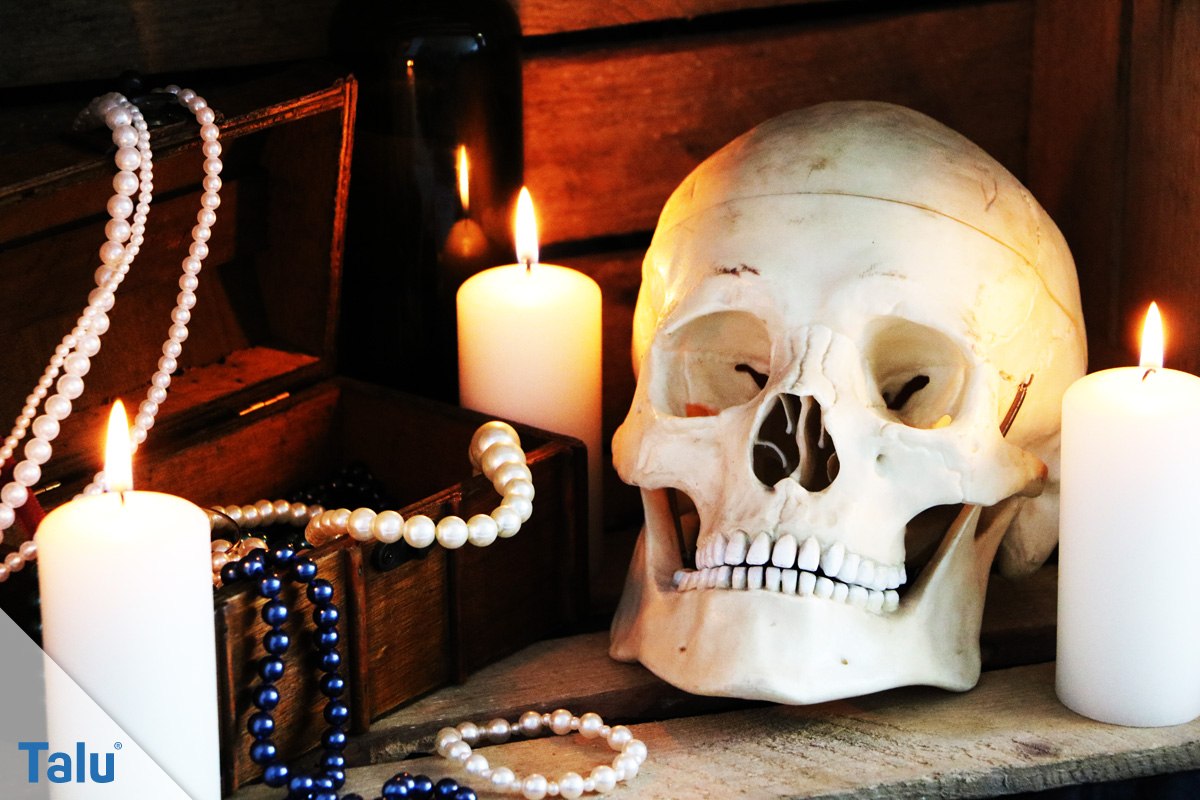 One of the most popular pirate games is balancing on a raised bar. This can simply be an overturned tree trunk outdoors. In the apartment, place a long beam over two robust bricks or the like. With a little creativity, such a hurdle is quickly built. A deeply attached slackline rope could also be a great challenge for slightly older children. You can also lay out blue cloths or blue paper under the bar. It looks like a large body of water is crossed. Who then lets out crocodiles or shark fins …

Aim: Every little pirate has to cross the bar from the starting point to the other end. There are gold coins, gold eggs or the like waiting to be safely transported back over the bar on a small spoon in order to land in the ship of your own team. Anyone who slips must either drop out or go back to the start for a second try. Full marks are awarded to those who return with their gold without slipping.

Tip: Great wooden treasure chests can serve as the ship for the individual gangs. These are available for little money at Nanu Nana or in similar decoration stores (or online).

After this challenge in terms of skill and concentration, a small snack cannot hurt. As many sausages as there are participants on a line. The adult pirates hold the leash high over the heads of the little ones. Now they have to jump up and snap at the goodies. For vegetarian pirates, rubber snakes or white rubber mice can of course also be hung up.

Aim: who first his bites the entire treat gets a point. Alternatively, the entire gang must have nibbled their part. Those who finish it first win – and receive a lookup.

One of the highlights of classic pirate games is tossing cans. The very simple structure is always great fun for the kids. To do this, just stack stylish looking tin cans on top of each other. Modern cans would not fit the pirate party theme.

Aim: Sure, whoever hits everyone wins.

Tip: If you are concerned about your interior while throwing throwing, you can also convert the whole thing into a skittles game. Do not stack the cans on top of each other, but place them one behind the other in the same pyramid-shaped structure on the floor.

Simply organize a treasure hunt in mini format at your pirate party. To do this, fill a bowl as large as possible with sand and bury many small treasures in it. The smaller their shape, the trickier the salvage. Rings, small gold coins or stones are particularly suitable, for example. Whoever tells instead of normal sand on so-called magic sand (instructions for kinetic sand) and maybe also a daring story of enchanted quicksand, creates a particularly stirring atmosphere. 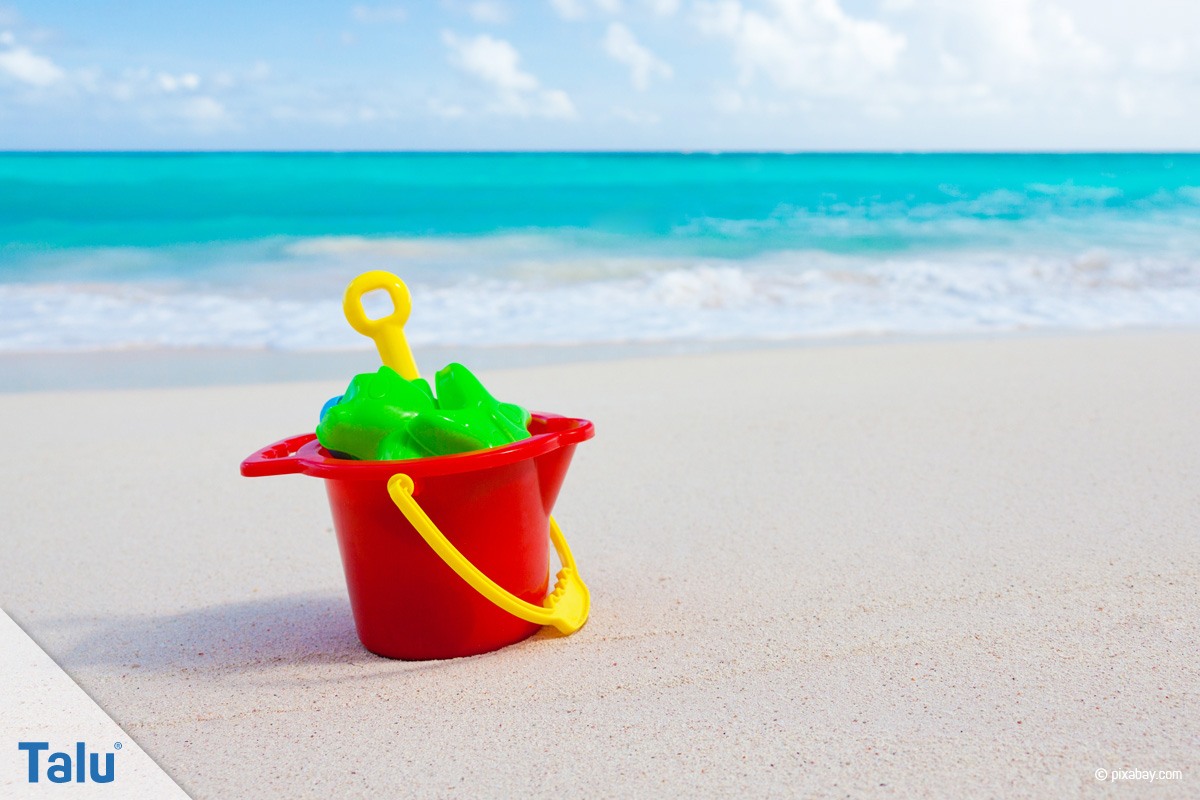 Tip: The bathtub or sandpit can also serve as a replacement for a large bowl.

Aim: Capture as many treasures as possible – and of course quickly, before the others do!

Real pirates sometimes have to try things they don’t know on their wild trips and on distant islands. That is why a test of courage is inevitable for every little pirate. Each of them gets their eyes blindfolded not just with one but with two eye patches. Then exotic dishes are served: the pirate now has to try courageously. For very young children, it is best to use very clear foods, such as pickles or chocolate, so that it does not become too difficult. If it is going to be a little challenge for bigger kids, try foods that are usually less common on your table.

Aim: Overcome the fear and correctly guess as many dishes as possible.

After so many physical challenges, the particularly thought-happy pirates should get their money’s worth. In a puzzle corner you can offer various pirate games to ponder. Write down small quiz questions or create a pirate sudoku on a blackboard. Instead of numbers, small suitable symbols such as swords, skulls, treasure chests and the like act as placeholders. For very young children, pirate bingo is recommended instead, also with symbols instead of numbers.

Aim: For all correctly solved puzzles, gold coins are again collected for the main victory. Alternatively, the winner or the winning team will receive a small reward directly. 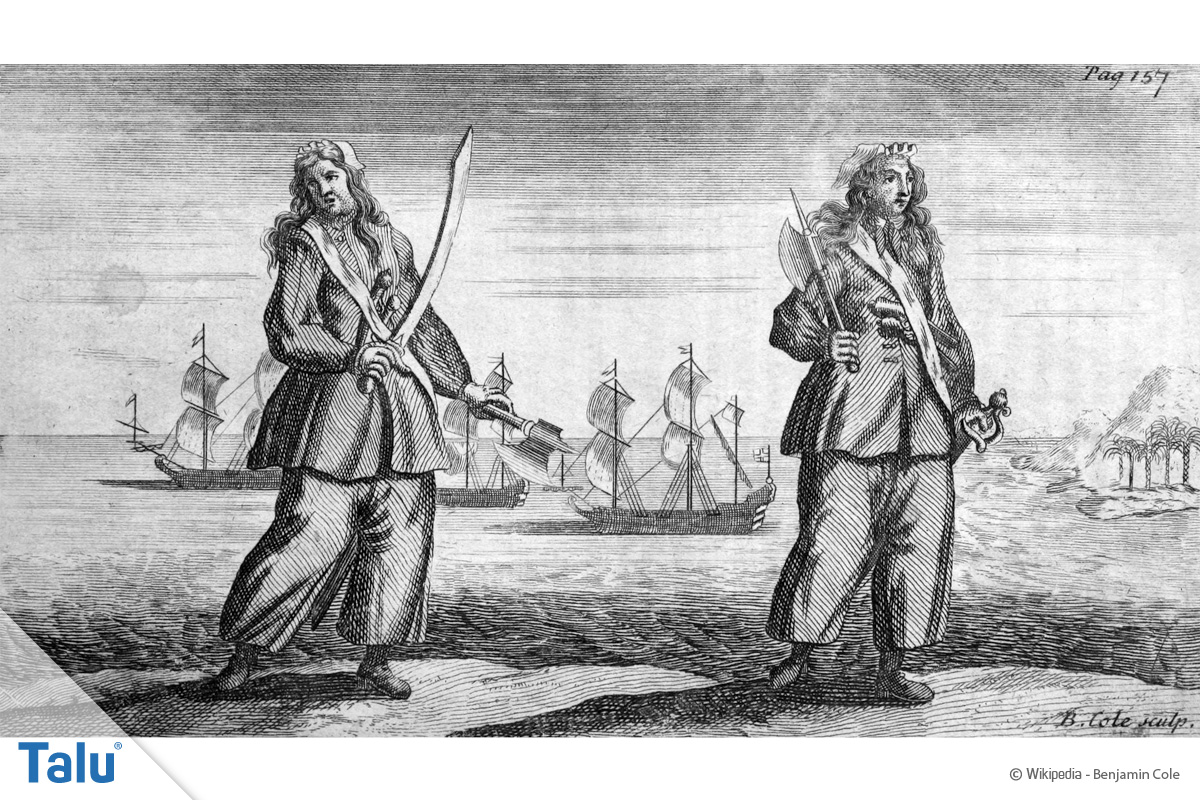 Pirate names and names of pirate ships are suitable as a topic. You will find a lot of information here: Famous pirates and their ships

To make the puzzle even more exciting, connect it to another of our pirate games, namely "Look closely". Here’s how it works: After all, every sensible pirate has binoculars. He should use it for this station too! They place the questions on the wall on more distant pieces of paper. Using the self-made binoculars, the gangs first have to conquer their questions before they can solve them. With real binoculars, of course, the whole thing is twice as much fun. You can then pin your puzzles outdoors on trees or fences, and the little robbers have a lot to do.

Unfortunately, something goes wrong in everyday pirate life. For example, you are captured by enemy powers. Then it is important to free yourself with sophistication as quickly as possible. In this sense, the game is structured. All children form a circle and hold hands firmly as if they wanted to represent an indestructible rock face. Two children are in the middle of the circle. You are the prisoner and now you have to try to escape. However, only fair and non-violent means apply, otherwise they have lost immediately and must remain in captivity and surrender all of their already captured wealth.

Aim: The prisoners try to leave the circle by crawling through the legs of the outsiders or cleverly distracting them. Some jostling is of course allowed.

While all previous pirate games were aimed at fulfilling a certain task, a painting and handicraft station offers the opportunity to let your creativity run free. It allows the little ones to breathe a little and is a nice balance. Simply design a large table with beautiful pens or paints. To do this, you lay out some coloring pages with pirate motifs, paper to paint a pirate picture yourself or handicraft materials and small instructions for making pirate supplies such as small swords or hats. 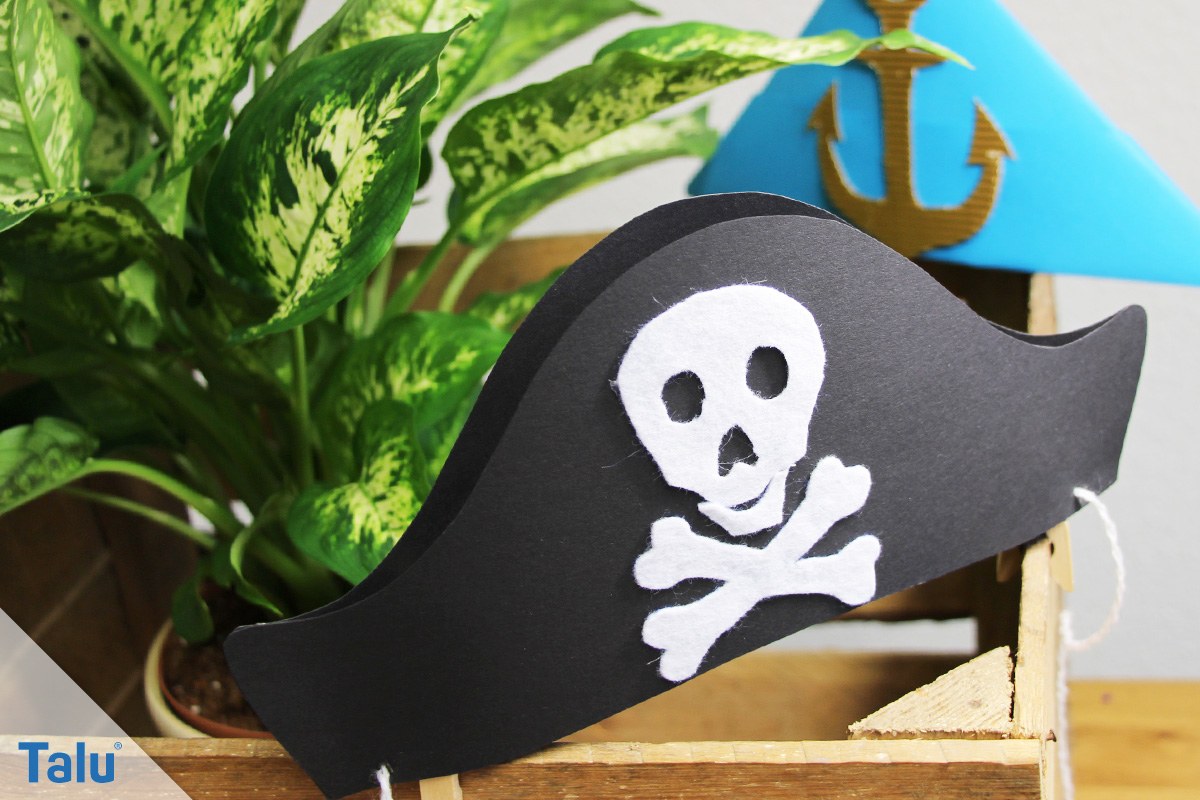 Aim: Every pirate child should complete the station and then hold something homemade in their hands. Alternatively, you can simply offer this station as a free point of contact for all those who feel like it – and who dislikes, leaves them out.

If you don’t like painting and handicrafts, you can use a make-up station instead. Every pirate has to get a painting here – so to speak as a matter of honor and to be able to be immediately assigned to his own clan. The adult pirates do the make-up (with simple carnival colors). In older kids, pairs of two could always be responsible for missing each other an appropriate painting.

One of the typical pirate games is barrel rolling. Since not everyone has the appropriate beer or oil barrels, this tip should only be an extra suggestion for the inspiration of the other pirate games. Maybe you have access to two barrels or you want to make them yourself. Due to their shape, they develop a special rolling behavior that makes the game so attractive. Always two participants compete against each other. Everyone has to roll his barrel as skilfully as possible through a previously marked course without straying. And speed please, whoever arrives first wins.