Did you bring a little time? Because this one needs, if one wants to introduce the special children app “playground HD 1”. 12 children apps united in a single game collection for the iPad and iPhone. Because of “playground”: This exception children app is in its dimensions rather a huge “leisure park”. 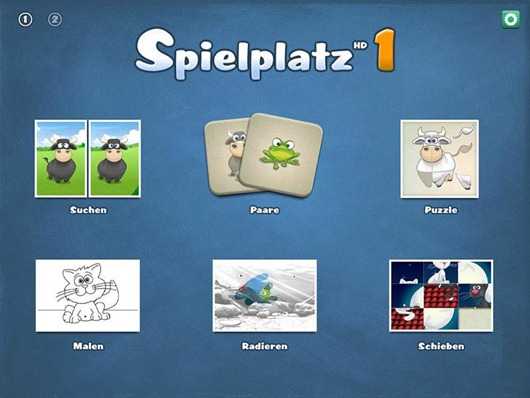 The app developer and family man Jan Essig makes it not easy for us: As soon as we have discussed one of his children’s apps, comes the next update with new, free content. So we did not manage to update our kids app review from the beginning of the year to introduce you to all the games at least briefly.

Incidentally, not only have new games been added, but also existing games have been considered with additions and a game time limiter has been integrated. With 12 games, a pre-determined playing time really makes sense, because if it were up to the kids, you would not even see your iPad or iPhone again. The variety does not let boredom arise, as you can see for yourself:

1. The sliding puzzle and 2. The jigsaw puzzle 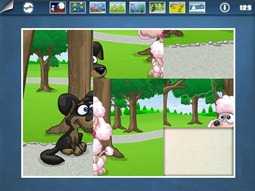 The puzzle is especially suitable for toddlers, for whom the sliding puzzle may be too heavy. The individual puzzle pieces are already in the right place, only need to be rotated uniformly.

3. The error search game and 4. The memory game 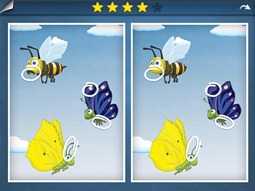 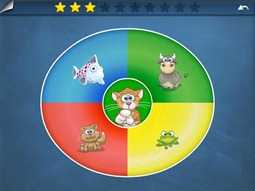 20 beautiful search pictures with 5 mistakes each for small detectives, who can prove also their cleverness and memory ability with the memory play. Similar to “I pack my suitcase” always comes a color that needs to be repeated as a color combination. Of course every completed round will be rewarded with a star.

5. The Animal Piano and 6. The catching game 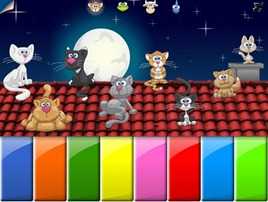 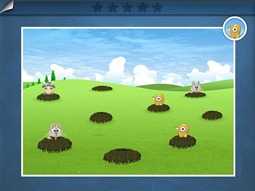 Even the animal piano, we can only partially introduce you. The cats on the roof are only one of four motifs that are selectable. The piano plays animal sounds or piano sounds and is one of the few games that can also be purchased individually.

The catching game is a friendly variant of the hammering game. Here no animal comes to harm with a mallet, but it must be specifically caught a wanted animal, which is shown above.

7. The puzzle game and 8. The bubble shooter 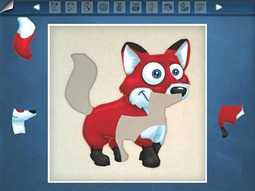 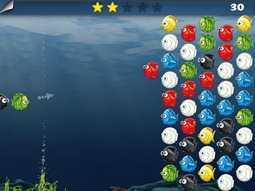 Also, the puzzle game is available separately, if you want to let go of the 11 other games through the rag, which of course we do not recommend. Nevertheless, the stand-alone version has its justification, after all, the puzzle game alone is more extensive than many other children’s apps: In total, there are 50 (!) Puzzles, including 10 puzzle pieces for especially young children.

The Bubble Shooter, on the other hand, will certainly appeal to one or the other mom, in case she ever sees her iPad or iPhone again. Always three same-colored fish must be grouped so that the formation dissolves. Maybe to really make the game more interesting for older children or even adults, the Bubble Shooter will be followed by a high score in which to sign up. 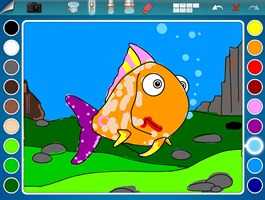 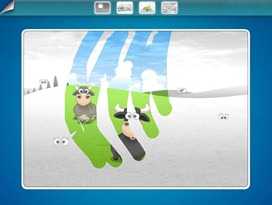 With the painting game, the children’s app turns into a full-fledged coloring book app, at least on the iPad. 15 attractive motifs are waiting to be colored with different brush sizes and a “paint bucket”. There is even a blank sheet available for painting.

If the children want to be surprised rather than being creative, they can switch to the etchings. As with scratch cards, it is simply a pleasure to reveal finished pictures. 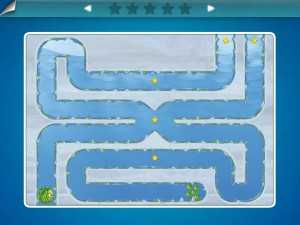 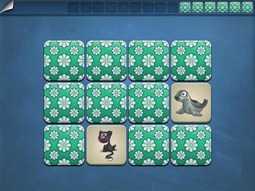 In a total of 25 labyrinth levels, Mama Fish is looking for her little baby fish. The children direct the mother through the maze and let them feed stars on the way.

The memo game is very well thought out and thanks to the many different animal pictures (100!) Very varied. The level of difficulty increases gently from round to round as more and more cards are added.

We know and appreciate the playground HD for 11 months. When children come to visit who have never played with an iPad or iPhone, then we usually start the playground HD. The title of the app really hits it: Here the children can let off steam as if on a large playground. Children like to jump, even in their app selection. In the playground HD even the little ones can change their moods and enjoy the many different games. The uniform appearance facilitates orientation.

In our preview video we play all games for you

The compilation of the games is really successful. Of course, everyone soon found their favorite game – but all within one and the same app. Thus, a bad buy is practically impossible. Many details show that this children’s app was developed by a multiple father himself, which has a greater significance for us than the reference to the influence of “educators”.

I can fully recommend this wonderful children’s app. Even if you already have one of the games from the collection otherwise as an app: So beautifully combined in a single children’s app, you will not find these games again in the App Store.