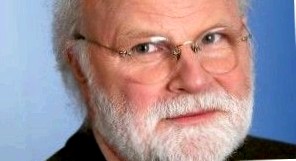 Manfred Lutz, Dr. med., Is a doctor and Catholic theologian. He has written several best-selling books on church and faith topics. He has published his latest theses in a book together with former Cardinal of the Curia Paul Josef Cordes, which will be presented in Cologne at the beginning of June. Lutz has been chief physician at the Alexian Hospital in Cologne-Porz since 1997.

De-worldliness. This buzzword keeps Germany's Catholics busy. Dr. Manfred Lutz sees this as Benedict's legacy and Francis' mission. Here he explains why he is arguing for a church that gets back to basics in the world.

Interviewer: After all, one would like to think, given the outward appearance of Pope Benedict and his successor Francis, that the contrast between the two could not be greater. You have a different opinion. To what extent?

Lutz: I witnessed this at the time in Rome, when Francis came to the loggia, he made more revolutions than he had in centuries. But it must be said that the humility in which he appeared is similar to that of Benedict XVI. is very similar. You just have to say we have a different guise of that humility here.

Benedict XVI. has humbly taken on all these vestments as a burden of tradition. What he wanted to make clear was that this whole tradition is something that you also take on, that can also weigh on you. And Francis as a person from the new world, not from the European tradition, lives this humility outwardly. So in terms of humility, they are both very similar.

But I was particularly fascinated by the fact that both of them are also in complete agreement on the content of a crucial ie, namely the de-worldization of the Church, which at the time Benedict XVI. in his famous Freiburg speech to his German compatriots. Reading Francis' texts: Church must be wary of worldliness. That is the greatest danger, that it lets itself be harnessed by the world and betrays its spiritual mission, which it has in the middle of the world. So it is by no means a question of escaping the world, as Benedict was sometimes deliberately misunderstood at the time, but rather of going out into the world, to the margins, into the existential crises, but not allowing oneself to become entangled in the world. And this is the same mandate that Benedict XVI. given to the German church at that time.

I found the reaction of the German church at that time to this speech already remarkable. Some church representatives in Germany had declared that Benedict XVI. did not mean it that way at all, especially he did not mean Germany in particular. The pope always talks world church. During an interview, I agreed with this, because it was quite clear: When a German pope speaks in German in front of Germans in Germany, he naturally means Nicaragua, that is very obvious. At that time, there was a deliberate attempt to misunderstand the pope and to let his criticism of the powerful church institutions in Germany, in which in many cases employer power is exercised over people who do not want to identify with the church, come to nothing. But now it is becoming clear that Pope Francis apparently wants to continue unwaveringly down this path of criticism of an overly secular church. And then it can get tight for people who think it can just go on as before in the German church.

Interviewer: The title of your book is "Benedict's Legacy and Francis' Mission". Is this a marching order to the present pope?

Lutz: A marching order at most of the present pope. I believe that in the question of powerful church institutions, we also need a reformation in a certain sense in our own interest, by the way, and not just because the Pope says so. That means, for example, from my point of view, that you cannot have 54 Catholic hospitals in the archdiocese of Cologne and 50 in the German state of Saxony.The Church expects that all of its 000 employees will think and live according to the principles of the Church. That would be out of touch with reality. And even among senior staff, one can no longer take that for granted. So, for example, today you don't even find enough chief physicians who really represent the uprisings that are laid down in the service contracts that they sign. This can no longer go on if the church is not to lose its credibility.

And so I plead in the book that one should consider perhaps leaving a core area under the previous criteria of the basic episcopal order, but for example, to make hospitals "out of Catholic tradition" out of the large majority of these Catholic hospitals, where abortions are not performed, where the homeless are also still cared for, where one does not strive for profit, where one is really still active in the sense of charity, but where one no longer applies Catholic criteria to the employees. That would be then of course no more catholic hospitals. It would be hospitals that would still maintain the Catholic tradition, but where there would no longer be this unpleasant atmosphere of manufactured hypocrisy, in which only the facade seems to be Catholic, although behind it it looks quite different.

It would describe in this way only that, which is today already so, but the again-married divorced chief physician would not feel there as tolerated coworker second class. Of course, no one could work at such a hospital who has the urgent need to demonstrate regularly against the Pope in front of Cologne Cathedral. Union haters aren't hired at the union either. But in these institutions, which are no longer Catholic in the strict sense of the word, one would expressly refrain from looking into the private sphere of employees.

Interviewer: In the book, Cardinal Cordes explains desecularization as a spiritual program for each individual, while you reveal what this means for the church in Germany. They look there mainly to Caritas and hospitals. Are there any other areas, then, where this mission of de-worldliness can gain a foothold in our church?

Lutz: There have been many scandals in recent times. There was the matter of the raped woman who had allegedly been turned away by Catholic hospitals. More exact inquiries resulted in the fact that that proceeded in reality completely differently. But this surely also had to do with the fact that the female doctors in the Catholic hospitals were unsure how they should correctly act according to the principles of these Catholic institutions, principles that they possibly did not share personally. Today, of course, one must ame that certainly more than 90 percent of the employees of Catholic hospitals do not share the magisterial sexual morality of the Catholic Church, if they know it at all.

But – and Cardinal Cordes points this out in the book – the speech of Benedict XVI. in Freiburg is also a spiritual program. That is, first of all, it's about each individual. So it's not just that now we just reduce, reform, change the institutions, but it's that each of us has to be careful not to get too caught up in the world ourselves. And that's why at the beginning of the book there are also convincing figures described, stories of convincing people who lived in the middle of this world in a de-worldly way, so to speak, from Mother Teresa to Charles de Foucauld or a Simone Weil, who was not Catholic at all, but was a very radical seeker of God and also a believer in God. This means that there are people who have not allowed themselves to be bought by the world, but who have tried to live in the world and work in the world out of their own spiritual motivation.

The greatest misunderstanding of the term "de-worldliness" is that the Pope said that one should get out of the world. That is not true at all. On the contrary, the Pope has explicitly said: Go into the world. Just when you are partly rid of the burden of these powerful institutions, then you can have a much more convincing effect in the world. Cardinal Meisner once said: "Then we will have our hands free again for the important tasks, if we don't have to constantly organize and administer huge institutions from which the Christian spirit has already largely escaped. Cardinal Meisner said at the beginning of his tenure as Archbishop of Cologne: "The body is too big for the engine. There was fierce opposition at that time, but this program has not really been implemented yet.

Interviewer: You describe your book as a "polemic". What resistance do you expect from the church in Germany?

Lutz: The resistance to Benedict XVI's Freiburg speech. was very subtle. They simply let her run off into the void. It was simply said that he did not mean us and then no consequences were drawn. There was a somewhat detached intellectual debate about it, but that's about it. I believe, however, that the scandals that have recently occurred are forcing the church to act. And this book tries to stimulate such a process and to support it argumentatively.

Neither Cardinal Cordes nor I are suspected of being against the Catholic Church. But precisely because the Church is so close to our hearts, it is important that we think about whether we can manage to shape this reformation of the Church ourselves in this critical situation of the Catholic Church in Germany, or whether we simply want to stand idly by and watch the Church institutions collapse piece by piece, so that every few months a roof beam falls on our heads, as has happened again and again in recent months. And the book's plea is: The church should shape this itself and make creative suggestions.

I do not imagine that the suggestions I am making are the ideal suggestions. You can also do others. But there must be agreement on this: At 215.000 Sunday churchgoers in the archdiocese of Cologne, it is unacceptable that such a church should still have 50.000 employees in the same area. Theoretically, this would mean that if these 50 members were unanimous, the church would be divided.000 everyone would be as devout as they signed, every Catholic churchgoer is paid to go to church on Sundays. That would of course be completely absurd. That means we have to make sure that the proportions are right again. And to this the book tries to stimulate engaged.

The interview was conducted by Jan Hendrik Stens.