Here you become a guitar professional

Learning to play the guitars requires some practice. Different plucking options are listed and discussed in the text below. When plucking with your fingers, you have different options when choosing your finger parts. You have the option to use your fingertips or your fingernails. In the long run you can philosophize about which of your options sounds better acoustically in the end. The decision is entirely up to you. The fingertips offer a very stable string feel. They give the depths and also the middle of the tone a stable tone structure. The fingernails create a clear tone. The use of them allows for simplified plucking at a significantly higher speed. The premise whether you take your fingertips or actually your fingernails is entirely up to you.

How to pluck chords – pluck the guitar

The grip is also called a chord. It basically consists of various gripped tones. These are summarized in one handle. There are very different amounts of handles. A chord is always grasped according to a pattern. 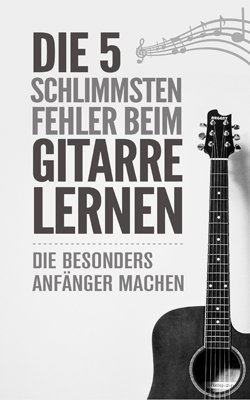 You are a beginner and want to learn the guitar

Then I can train you for free

Register now and I will help you to learn guitar quickly and easily as a beginner through my email coaching.

If you register now get you also add my eBook for free to my exclusive email coaching.

Designation of the sample components:

The standard picking pattern is one of the most popular patterns available in this area. It can be played with very different chords in this context. The thumb plucks the deep E string, the A or D string, depending on the chord. The index finger always plucks the G string. The middle finger plucks the H string and the ring finger of the right hand plucks the E string. A plucking pattern can have four beats within one bar. This means that the finger contains a quarter note. In the E minor, E major or G major chord you will pluck the corresponding E strings with your thumb. For an A minor, A major or C major chord you have to pluck the deep A side with your thumb.
Please do not support your fingers anywhere after the string stop. Keep your fingers in the air. At the beginning it is therefore advisable to support the little finger below the strings on the corresponding pickguard or the corresponding ceiling. Move the fingers accordingly so that you pull them towards the palm of your hand alone. Please avoid doing this by not using your entire hand or arm. Later, one would no longer be able to easily correct this error in total.

Next, move your fingers in an even and loose manner. Avoid cramping. After that you can get a little faster. It is also conceivable that you can then use another chord. The index, middle and ring fingers always use the same strings, G, H or E strings.
In this context, also pay attention to your thumb. In the classic posture, it is spread a little. He looks ahead. The 3 other fingers move very slightly backwards. It will only appear unusual to you. It is quite normal in this context. Only with a little practice will your hand and finger feel change. Little by little it will pass into your hand and finger memory. So you shouldn’t let yourself be negatively influenced by the initial difficulties.

The finger coordination and also the plucking movements have to but be practiced very intensely. With a little practice, you should try to pluck all tones with the same volume and speed. The emphasis and the emphasis here are of secondary importance. In the upcoming exercise we will break up an A minor chord and pluck the corresponding single notes one after the other. At this point it happened quite quickly that you had some coordination difficulties. You should therefore take care of the little finger and also focus on the other fingers. The corresponding tablature for the single tones usually demonstrates a type of wave. Starting from a bass string, the scope expands on other strings in rather slow steps. Finger coordination is also much more demanding in the example. It is therefore advisable to adjust the pace based on the level of difficulty. In this context, the plucking pattern can also be played with note values ​​that are divided. In the corresponding examples recognizes you only need 3 fingers. The corresponding levels of difficulty can be reduced.

Plucking the guitar in the form of finger picking or finger style is also called finger plucking. It is a special game technique. This technique is performed on a guitar with the striking hand. With this shape, extreme dynamics and density can be implemented in guitar playing. Plucking the guitar and playing the guitar is a passion that needs practice to develop a so-called finger memory. One should not be put off by long practice evenings, because the successes only come step by step with sufficient practice.