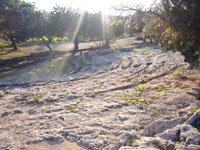 We write about our favorite topics from the world of literature, film, art and music. There are often photos, anecdotes & Views from our Beloved host country: Andalusia, the southernmost, some would say the most beautiful region of Spain. On the home page you will find our current blog posts and articles. If you have more time and want to read more about our topics, you can also check out our extensive feature articles. We hope that you will find our web magazine informative and entertaining. Greetings from the editors!

Poems John Keats: The beautiful and merciless fairy in the forest 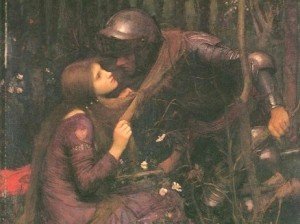 So Halloween is scary? And what about fairies in the woods turning honorable knights into zombies? They should have a signpost: Stay on your horse at all times! It’s the birthday of John Keats (1795 -1821) and we look at his poem La Belle Dame sans Merci, and a musical interpretation of it

It is the birthday of John Keats (1795-1821). In addition, a poem by him with his supernatural theme fits well with Halloween. It inspired paintings like the one by J. W. Waterhouse, left. The young poet died in Bright Star. The first love shines brightest (2009) by Ben Whishaw. A trailer for the feature film worth seeing follows. But first the poem, spoken by Ben Whishaw, and accompanied by calm piano music

And no birds sing.

In the first three stops above of the poem of 1819, its title The merciless beautiful lady means, on one autumn day, the narrator meets a stray-looking knight in the forest. He worries the knight, who also has faded remains of various flowers such as lilies and roses on his face, which is what happens be? The knight tells his story in the following stanzas

The fairy lulls the knight into a sleep, which however gives him nightmares. He sees dead-white kings, princes and warriors who warn him: You are under the spell of the merciless beautiful fairy! When he wakes up he is alone on an icy slope where no bird sings anymore. Here, at the place where the narrator first met him, the knight now haunts and has himself become one of the pale shadow figures of his dreams. The title La Belle Dame sans Merci dates from 1424, by the French author Alain Chartier. But his poem has, apart from that, it is about meetings and dialogues between a man and a woman going, hardly resembles the later poem by John Keats. Due to its supernatural, fairytale-like theme, interpreting his poem is not easy and not absolutely necessary. But if you absolutely want to bring myths into play for Halloween, you could ponder whether motifs like the flower girl in the forest indicate that the story, like Parsifal, is based on Celtic myths of death and rebirth. Maybe an issue for tonight.