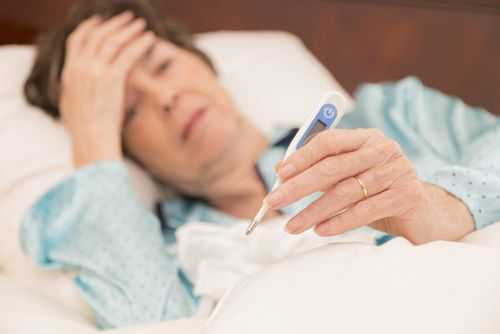 The older, the more often

It is sometimes not easy to distinguish polymyalgia rheumatica from other inflammatory diseases of the rheumatic type. New, validated classification criteria should help to create uniform standards.

Polymyalgia rheumatica (PMR) is a chronic, inflammatory disease that usually occurs after the age of 50 years. The incidence increases with age and varies according to geographical location. High numbers are mainly recorded in Scandinavian countries and in people with northern European roots.

While there are many explanations, the exact causes of the PMR are unknown. Epidemiological studies suggest that both genetic factors and environmental factors are important. In addition, it is discussed whether infectious triggers have an influence on the pathogenesis. Another hypothesis suggests that hypothalamic-pituitary-gonadal axis disorder is involved in adrenal insufficiency.

The classic symptoms include pain and a morning stiffness of the neck, shoulders, hips, and upper arms and thighs. Typically, the symptoms are bilateral. About 40 to 50% of patients also complain of tiredness, malaise, loss of appetite, weight loss and fever. There are other diseases whose appearance is very similar to PMR. Therefore, it is sometimes difficult to make the right diagnosis immediately; in particular, spondyloarthritis and rheumatoid arthritis are such examples.

There is also a close relationship between PMR and temporal arteritis. It is a vascular wall inflammation of large arteries. Characteristic are throbbing headache in the temporal area to blurred vision. The two diseases share many similarities: the age at onset of the disorder, a higher proportion of women and a similar geographic pattern. Therefore, it is speculated that they are different forms of the same disease. The following figures suggest this: 40 to 60% of patients with temporal arteritis have signs of PMR at diagnosis and conversely, about 16 to 21% of persons with PMR have temporal arteritis.

The diagnosis is made on the basis of the clinical symptoms. Because so far there is no specific laboratory test, although often elevated levels of inflammation markers are detected. The determination of the C-reactive protein (CRP) is considered to be more meaningful compared to the erythrocyte sedimentation rate (ESR). The measurement of other laboratory parameters may also help to differentiate the PMR from similar diseases. Imaging procedures are not routinely required for the diagnosis, but especially an ultrasound examination can provide further information. It is often used to detect bursitis, tenosynovitis or synovitis around the shoulders and hips.

Several working groups defined diagnostic criteria. The European League Against Rheumatism (EULAR) and the American College of Rheumatology (ACR) recently published their classification criteria. They developed a score suitable for patients over the age of 50 who have increased inflammatory markers ESR and / or CRP, and bilateral shoulder pain can not be attributed to other conditions (see Table 1). When differentiating a PMR from similar diseases, a value of 4 or greater corresponds to a sensitivity of 65% and an accuracy of 78%. If an ultrasound scan is performed, the sensitivity is 66% and the accuracy is even 81% with a score of 5 or greater. However, these criteria are only valid for a transitional period until more validation data is available.

By default, it is treated with glucocorticoids, whereas non-steroidal anti-inflammatory drugs are generally not used. If the patient quickly addresses a low dose, it is often considered a confirmation of the diagnosis. However, studies have shown that this assumption is not always true. In addition, relapses often occur.

Initially, a daily dose of 15 to 20 mg of prednisone or prednisolone is usually started. Higher quantities are rarely needed unless there is a suspicion of temporal arteritis. The initial dose is maintained for approximately two to four weeks and then gradually reduced. There is no standard procedure for this, but there is often a reduction of 2.5 mg every two to four weeks. Finally, if the patient only takes 10 mg per day, 1 mg may be omitted after each month. In milder cases or in individuals with multiple comorbidities, 120 mg of methylprednisolone i.m. may instead be administered every three to four weeks. be administered. After three months, the dose may be reduced by 20 mg every two to three months.

Do not forget: The long-term use of glucocorticoids does not pass without a trace of the body. At the top is the risk of osteoporosis. Preventive use of calcium and vitamin D can help, and as a precaution, bisphosphonates can be prescribed for people at high risk.

To keep the corticosteroid dose low, sometimes other immunosuppressants are also prescribed. Three randomized clinical trials investigated the efficacy of methotrexate in the initial treatment of PMR. However, the results with the folic acid antagonist were not clear: two studies confirmed efficacy, whereas one study did not save much corticosteroid. The drug azathioprine was also evaluated in a small randomized, double-blind, controlled trial. There were 31 patients with PMR, temporal arteritis, or both. The primary end point was the prednisolone dose after 52 weeks. At the end of this period, it was 1.9 mg in the azathiopring group versus 4.2 mg in the placebo group. However, the use of azathioprine was associated with an increased number of adverse effects. In addition, it was a small collective and only 65% ​​of the participants completed the study. Regarding the prednisolone dose, there was a significant difference between the two groups only after 52 weeks. In addition, initial studies examined the benefit of the TNF-alpha inhibitor infliximab (Remicade®). Perhaps this is a possible approach, especially in patients with recurrences. The long-term goal is tailor-made immunotherapy, but this requires a better understanding of the pathogenesis of the disease.

Conflicts of interest: none declared