The Pou App has been on place for weeks in the Apple Kids App Store Charts. We looked at the Charts striker closer, or several days with “Pou” busy, because “Pou” is an alien pet in App format.

Memories of the 90s come to life as the Tamagotchi came into fashion, which was also about herding a digital pet. What was then a popular key fob toy is now similarly popular as a kids app, if you believe the charts and the 1900 reviews in the App Store that settle for 4 stars. 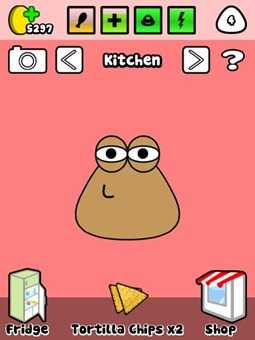 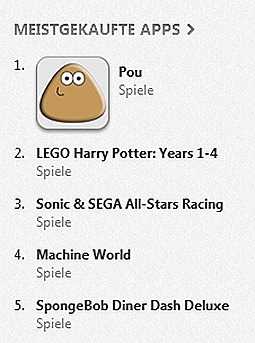 He laughs well, the Pou. Ranked # 1 of the kids app charts and the general iPad and iPhone games charts. In addition, more than 1000x a 5 star rating. 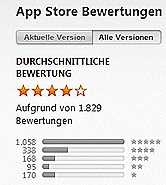 What is in the Pou game, you can confidently quote from the iTunes description:

“Feed it, wash it, play with it and watch it grow. As it rises in the levels, you unlock different wallpapers and outfits to suit your own tastes. How do you design your own POU? […] Start with 5000 coins! “ 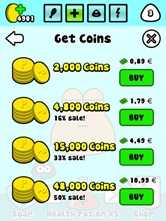 With regard to the in-app purchases, it becomes clear that similar amounts of money can be spent here as otherwise known from freemium setup games – only that the Pou app is not free, but offered for € 1.79 as a universal app.

Normally we make a turn around such games, but there must be something to it, on the Pou. So we took care of the guy for a few days. We shorten the story: The Pou spark is not really jumped over, but we understand the popularity a bit better.

Pou is not only the sketched digital pet, but also offers 8 games that are quite child-friendly. 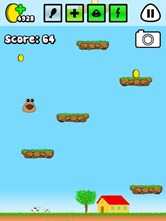 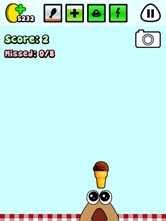 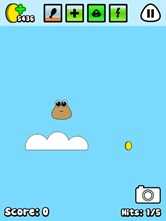 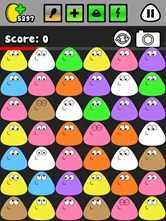 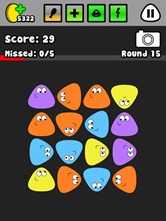 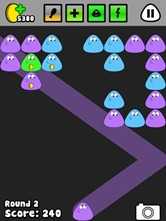 The last two Pou games can only be played with Pou friends who can be invited via email, so they are not really suitable for children:

So for Pou we have a pretty well-stocked remix of many popular casual games like Doodle Jump, Tap the Frog, Bejuweld and so on. Add to that the motivating Tamagotchi game and the audience favorite, one million Topseller.

If you camp for weeks in the Kids App Store Charts at # 1, you should set a good example and offer a Kids Mode that removes all in-app purchase opportunities and “share it on Facebook” opportunities. The games as such are of course fun for kids – but the whole thing is not very inviting.

Pou is only recommended for children who know in-app purchases, Facebook Share buttons and similar mischief and can handle it responsibly.

Incidentally, the Android App Pou is free – but you start in the iOS Pou app with 5000 gold coins.