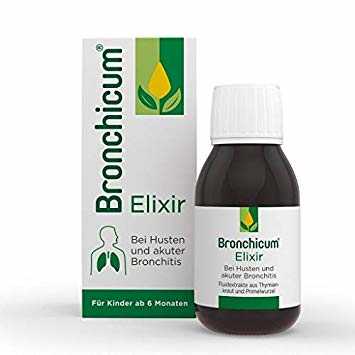 The healing power of the primrose – also cowslip – comes from their roots.

Worldwide there are about 900 species of primroses, of which only two are used as a medicinal herb for cough and acute bronchitis: the true cowslip (Primula veris) – also called meadow cowslip – and the high cowslip (primula elatior).

Anyone who knows only the primroses from the garden market that shine in every imaginable color would hardly recognize Primula veris. Her velvety hairy, ovate-elongated leaves are arranged close to the ground in rosette shape. This gives rise to a flower stem that is up to 20 centimeters high and opens into an umbel. On her hang several yolk yellow, pleasantly fragrant flowers. Striking is an orange spot on the throat of the flower. With the closely related calyx the medicinal plant reminds of a keychain.

For the preparation of effective preparations for cough and acute bronchitis, however, the one to five inches long and two to four millimeters thick rootstock is used with the numerous origins of his primrose roots. Depending on the time of harvest and the age of the plant, it contains about 4 to 10% of so-called triterpene saponins.

Saponins have an expectorant effect and thus facilitate coughing. How exactly the substances from the primrose root work has not yet been finally clarified. Scientists believe that saponins trigger a series of stimuli and reactions that stimulate the bronchial mucosa to form and liquefy mucus.

The true cowslip (Primula veris), belongs to the family of primrose plants, which includes about 900 species.
The botanical name Primula veris comes from the fact that the primrose is one of the first plants to flower in spring – in Central Europe from March to May.
For Primula veris there are numerous other names, such as Primula officinalis, meadow cowslip or Himmelschlüssel. The effect of the true cowslip against cold symptoms has been appreciated for centuries.

The true cowslip thrives best on calcareous, dry soils, for example on meadows, at the edges of fields or roads and in sparse deciduous forests.

It is widespread in Europe, but also in Central and Western Asia, whereby the plant population is endangered in some regions. In Germany the true cowslip is under nature protection and may not be collected.
The primula veris used for medical purposes will u. a. grown in southern Europe.

Due to their expectorant effect, the active ingredients of the cowslip are mainly used to relieve cough.
The European Federation of National Herbal Societies (ESCOP) recommends its use in productive cough and catarrh of the respiratory tract as well as in chronic bronchitis.

The active ingredient of the primula veris are the triterpene saponins, especially primulasaponin and primacrosaponin. They are contained both in the flowers and in the roots of the plant. However, the roots contain a significantly higher concentration of the active ingredient – up to 10%. Therefore, the fluid extract contained in Bronchicum ® is also derived from the roots of the Cowslip.

The saponins of the primrose root have a secretolytic action. They stimulate the formation of fluid mucus, so that it can be easily removed from the respiratory tract. In addition, the drug derived from the primrose facilitates coughing.

The mechanism of action of the triterpene saponins is not yet clear. Scientists believe that the saponins irritate the gastric mucosa. The stimulus is transmitted via nerve fibers to the bronchial mucosa, where it stimulates mucus production.

The mucous membrane-stimulating properties of the saponins obtained from the primrose root can – in particular in case of overdose – occasionally lead to upset stomach and nausea. Further information can be found in the instructions for use of the cough remover Bronchicum ® .

The herbal medicinal product is not known to interact with other agents.