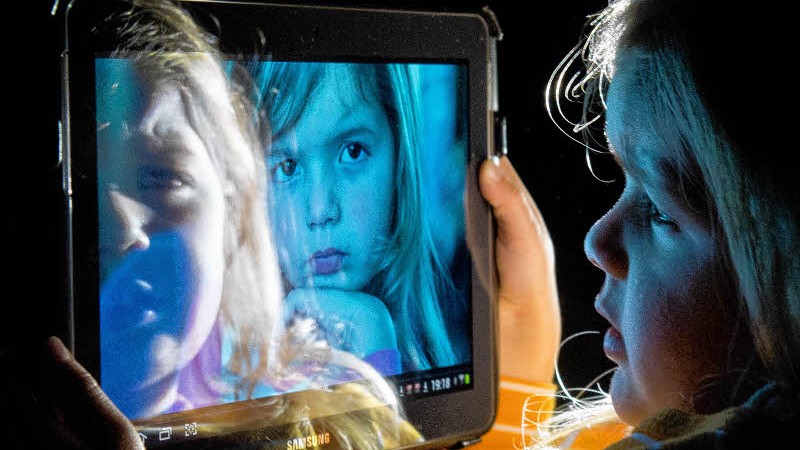 Educators and medical professionals disagree about how useful this proposal is.

Most recently, the North Rhine-Westphalian family minister Christina Kampmann (SPD) pleaded for the introduction of tablet computers in day care centers. From a pedagogical perspective, opinions differ on how sensible this proposal is. The Evangelische Pressedienst (epd) presents the positions of the initiative “Look there!” And those of the Federal Association of German Pediatricians.

The media educator of the initiative "Look there!", Kristin Langer, speaks out for the responsible use of tablets in daycare centers. "Tablets can even support the age-appropriate development of children," says Langer. "If a facility chooses tablets, there will be a conscious, media-educational concept behind it." Therefore, parents should not have to worry about tablets being used by educators to keep the children busy without supervision. An individual support with the help of a tablet is also conceivable, says Langer.

With a tablet, educators could encourage a child to speak. For example, the child could record and play back his own voice or have terms read to him. "Of course, this does not replace a caregiver who speaks to the child, but the tablet can be an addition," says Langer.

Children could also become productive with the devices themselves. Record birdsong in the forest, take photos: "With a tablet, children can also familiarize themselves with technology and use it." It is important that a carer supports the child in using the tablet.

Langer suggests that it is important that institutions and families agree on age-appropriate content. Sometimes daycare centers could also provide additional impulses. As a result, children get to know the variety of media offerings and can make well-founded selections.

In contrast, the pediatrician and press spokesman for the Federal Association of German Pediatricians Hermann Josef Kahl advises against the use of tablets in day care centers. He fears the danger of "immobilizing" children if they are allowed to use tablets. Kahl: "The situation in German daycare centers is catastrophic." Few educators looked after large groups of children. There is often not enough time to support the children individually.

"Children should first learn to speak before they learn to wipe," emphasizes the pediatrician. "The central question is: What do we want to teach toddlers first?" Offer children to speak and praise them if they are successful first Words said that was the most important task for educators in daycare centers.

“No feedback comes from a tablet – especially none emotional“Says pediatrician Kahl. His warning: If young children deal with monitors of all kinds too early and too often, there is a great risk that individual language development will be delayed.

According to the doctor’s recommendation, infants under the age of four should not be placed in front of monitors at all – not even in the family.