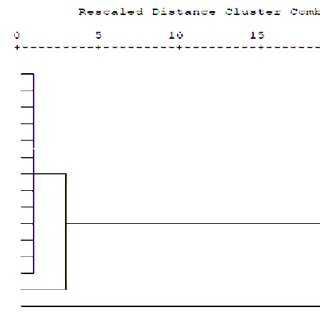 Psyllium as a medicinal plant | Ingredients and their effect

The psyllium is a one-year-old low herb that has narrow, elongated leaves. The flowering branches are in the upper leaf axils and form an ear of corn.

The Psyllium is native to the Mediterranean and West Asia. As a cultivated plant the psyllium is found in Cuba, India, Israel, Japan, Pakistan, Spain as well as southern Brazil and in Russia. The psyllium is also known as flea-seed, hay seed and psylium as well as sand flowering and shrub plantain.

The psyllium contains no starch in contrast to the Indian psyllium. Other varieties in turn contain the iridoid glycoside aucubin, which is said to be a hepatoprotective agent. The mucilages swell extremely when ingested with sufficient water. Due to the increased volume promotion of bowel activity is achieved and due to the chair-softening effect facilitated defecation. Within 12 to 24 hours after the onset, the effect occurs. However, the maximum achievable effect is only reached after taking two to three days.

In addition to these effects, the intake of psyllium also causes a reduction in cholesterol and a slower intake of sugar. This is especially important for diabetics.

However, the minced psyllium should be kept for a maximum of 24 hours as the psyllium seeds contain fats that can easily become rancid. In addition, the seed must be stored protected from moisture.

The dosage consists of five to ten grams of psyllium, which is allowed to pre-swell in 100ml of water and drinking the amount with a drink of at least one glass of water two to three times a day. Psyllium is mainly available in Germany for the treatment of blockages in the trade.

It is important to note that psyllium may not be used for intestinal obstruction, narrowing of the esophagus or gastrointestinal tract, difficulty in swallowing, and acute inflammation of the esophagus, stomach and intestines. In addition, psyllium must never be taken while lying down. If you experience chest pain, vomiting or difficulty swallowing or breathing after taking it, seek medical attention immediately. Furthermore, when taking psyllium seed sufficient water must be supplied to the body. If this is not the case, intestinal obstruction may occur. Psyllium must be taken by insulin-dependent diabetics only under strict control of blood sugar levels. Delayed intake of carbohydrates may otherwise result in altered insulin requirements.

Psyllium, like any other substance or source of phytochemicals, can reduce the intake of other medicines. Therefore, other medicines should be taken at least one hour before taking the psyllium.

The psyllium contains black pigments that can be deposited in the kidneys for long-term use. In addition, due to the swelling effect, it can lead to a feeling of fullness and lack of appetite and increased bloating is possible.