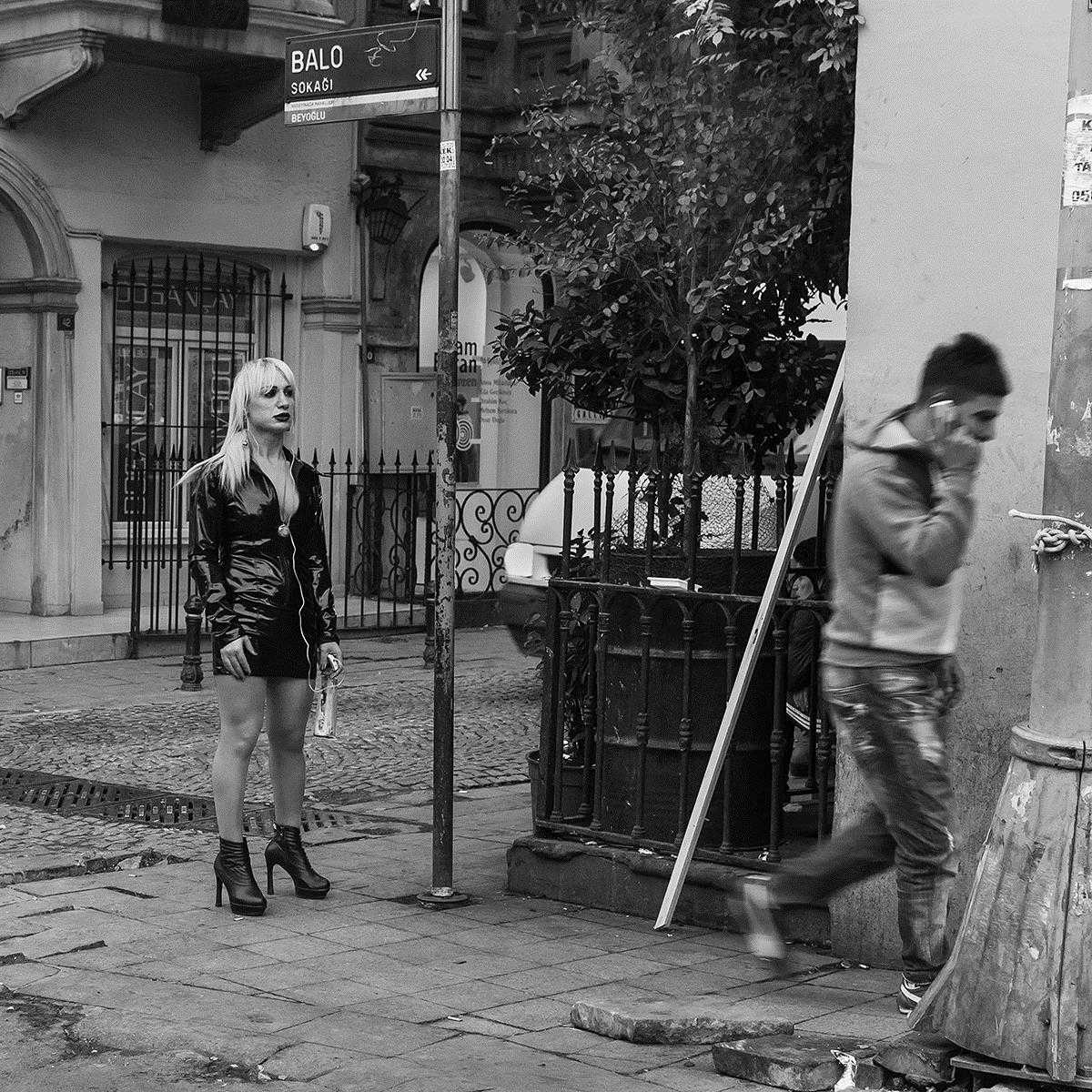 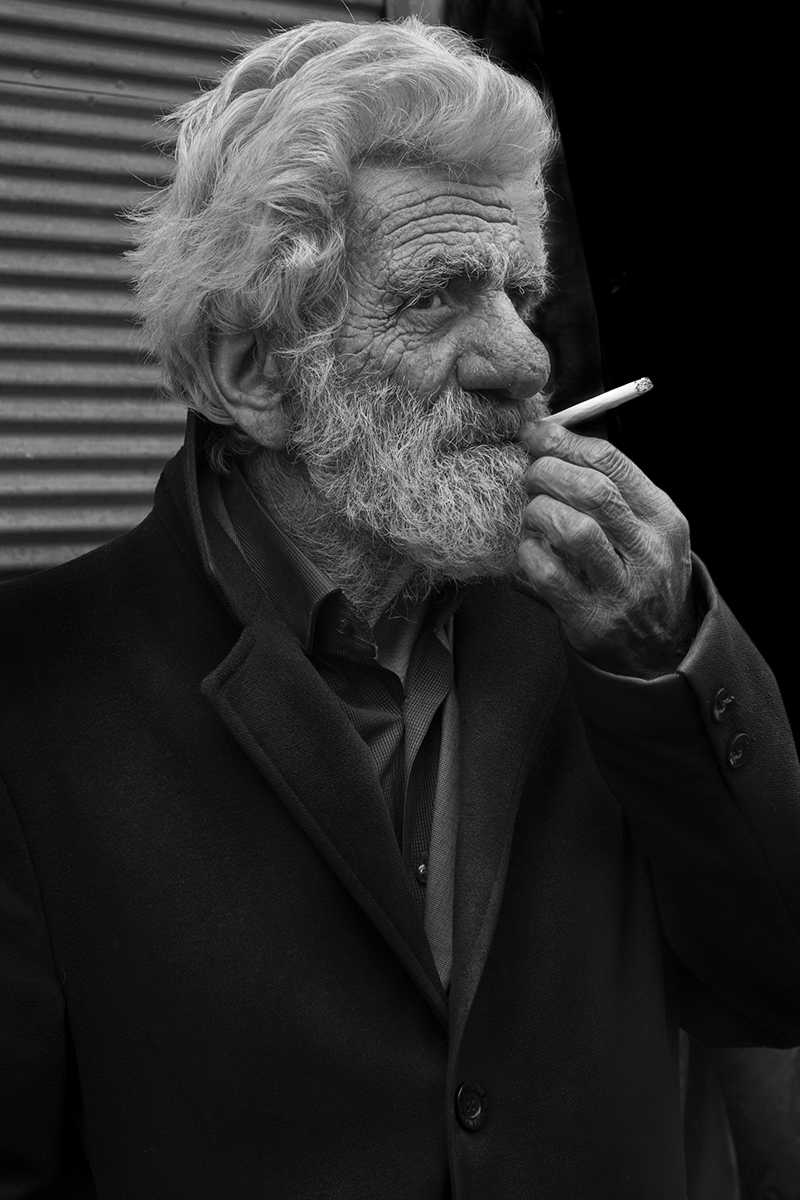 Ralf, what connection do you have to Turkey?
Since 2012 I have a friendship with the Turkish caricaturist and photographer Sadık Üçok, with whom I meet regularly in Istanbul. We have already realized four exhibitions in Germany. 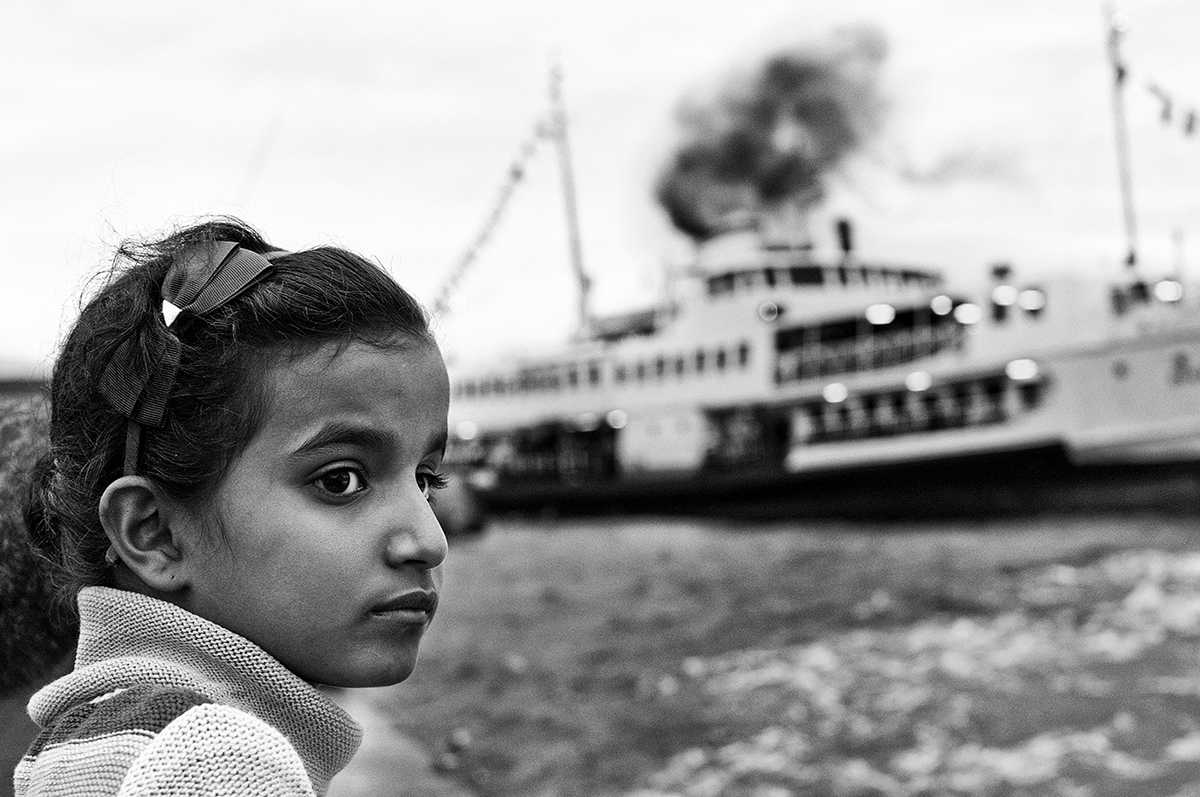 When did the photo series “Hayat” originate and in what context has it been presented so far?
The project originated in 2012, when I first visited Sadık in Istanbul after meeting him through a social network. We quickly agreed to observe life on the streets of Istanbul and record it in social documentary form. Sadık has been a street photographer in Istanbul since the 1970s. Up to now, our pictures have been shown in these four exhibitions in Germany, where each exhibition has of course been supplemented by a selection of existing pictures and new pictures. 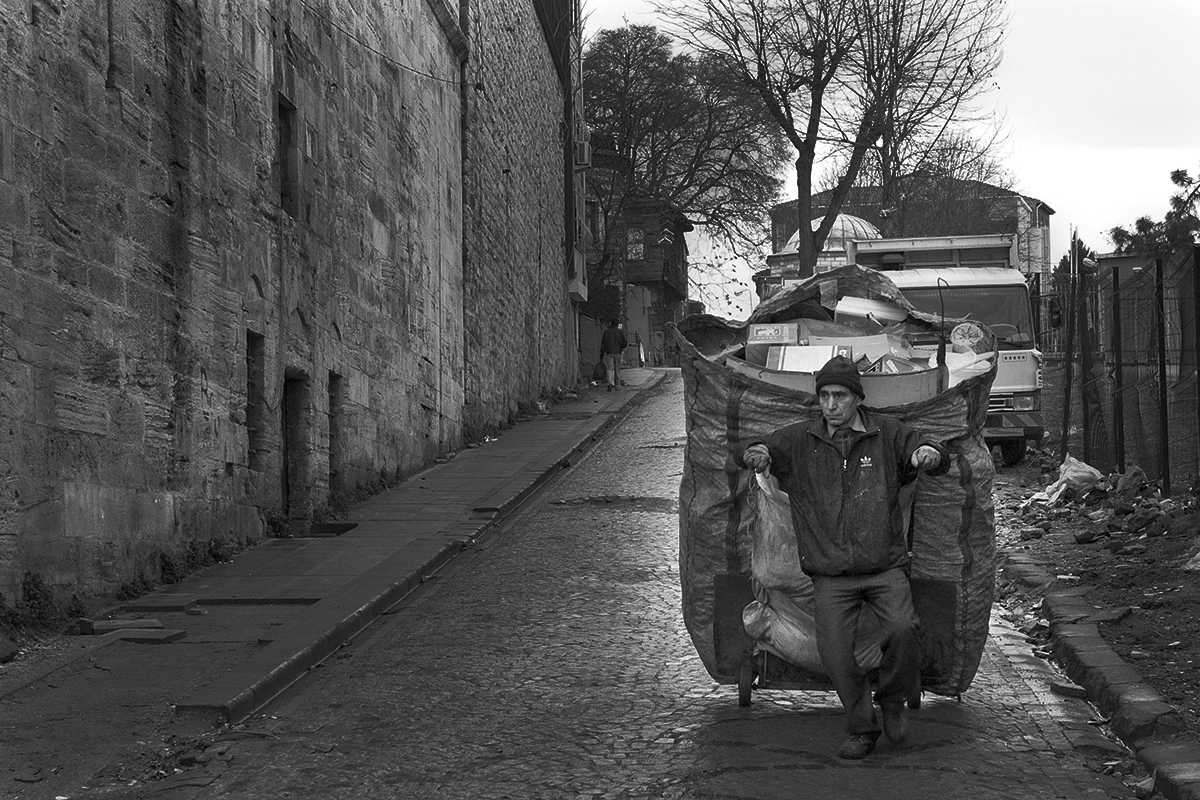 Hayat is Turkish and means life. Which life do you accompany with your camera??
Based on the fact that the old quarters of Istanbul are disappearing, the old wooden houses almost all have already fallen victim to the excavators and have been replaced by sterile architecture, we have begun to observe the life and living conditions of the people in these neighborhoods and capture in pictures. Ara Güler once said, “Time may turn cities into dust, but human dramas will be alive for centuries.”.

What do you think about nostalgia??
I am a friend of all things nostalgic and I love it when traditions are lived and preserved. A week ago, Sadık and I photographed in Safranbolu, a UNESCO World Heritage Site in Turkey, in the workshops of artisans. We met shoemakers, iron smiths, silversmiths and carpenters whose workshops were adventurously dilapidated on the edge of a ravine, as if glued to it. I felt a hundred years back. 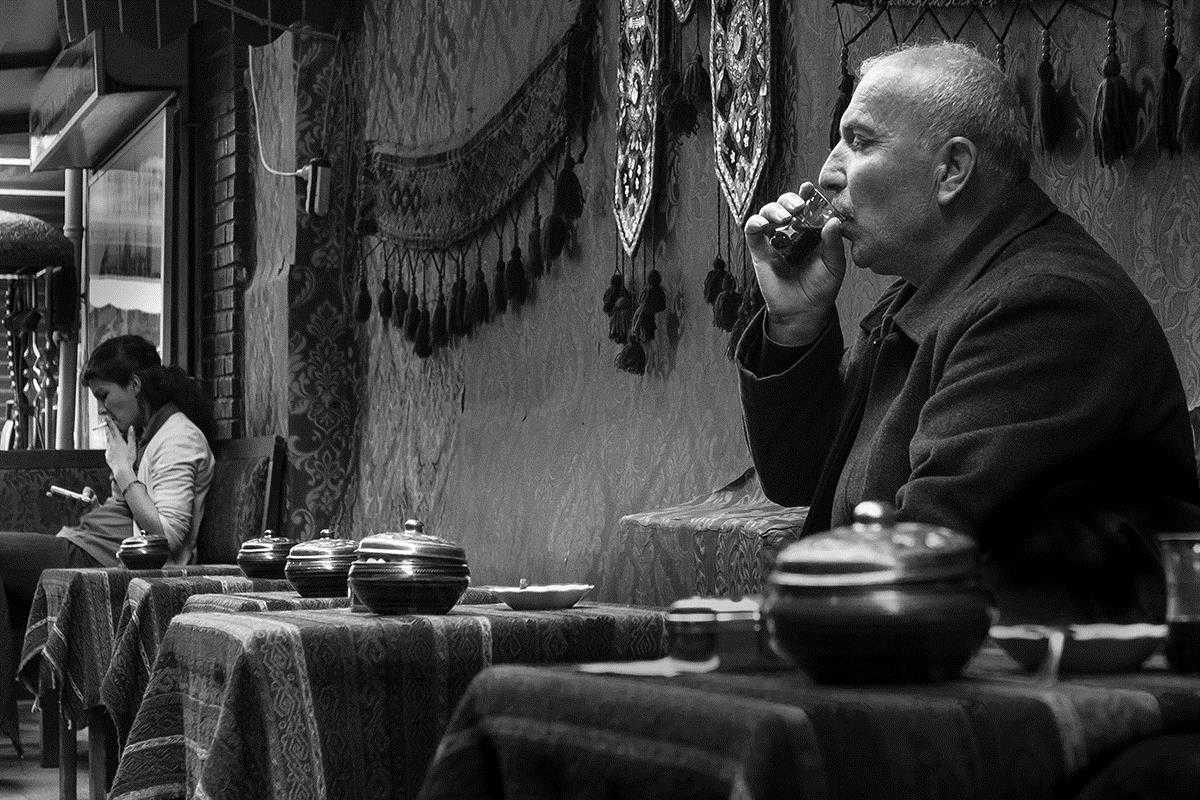 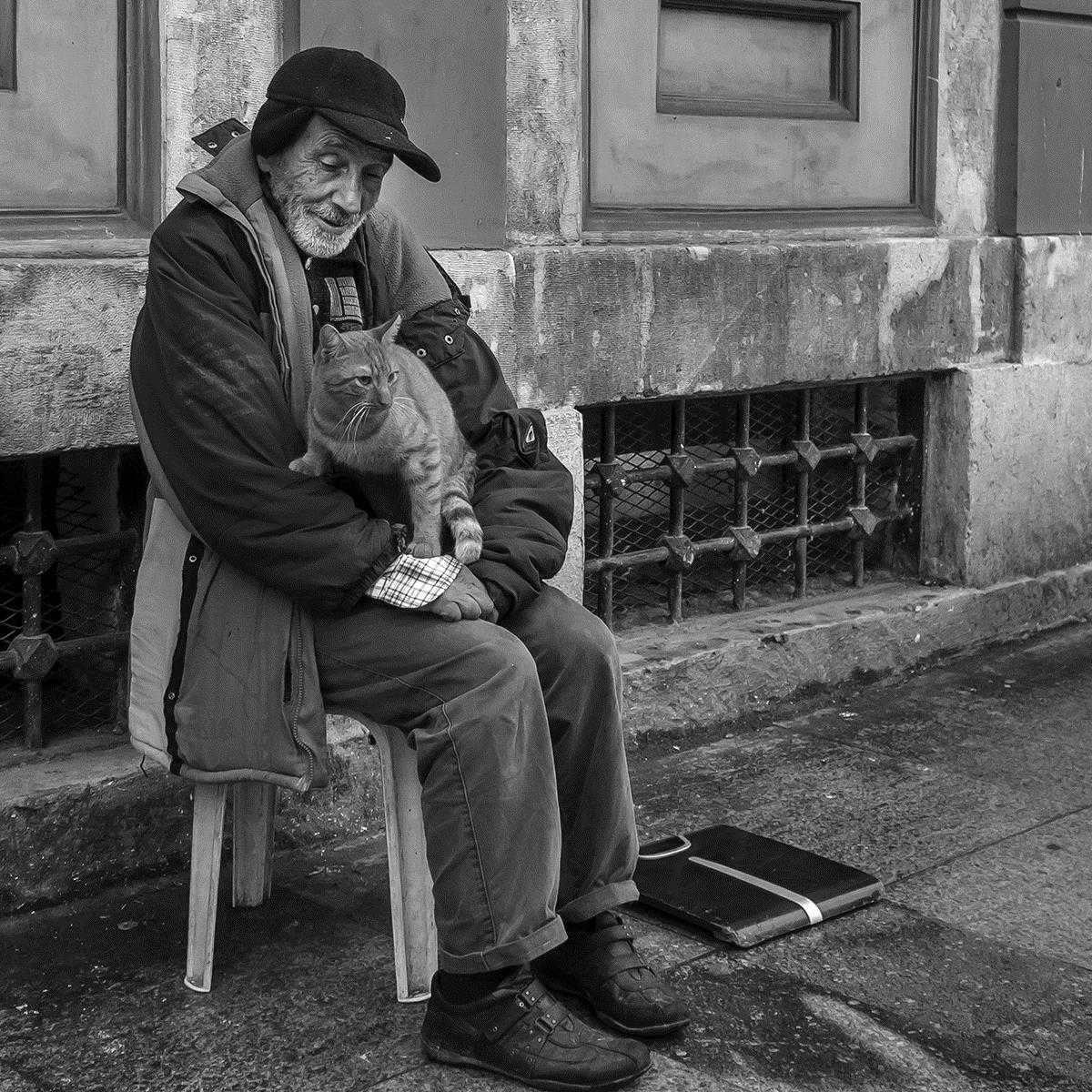 How do you like access to people you want to photograph? Do you speak Turkish?
Street photography lives on spontaneity. So I stick to Henri Cartier Bresson, who said: “If you do not ask, you’ll get a good picture, if you ask, you may have to delete a good picture.” In the meantime, I’ve acquired a lot of Turkish vocabulary, as well some important short sentences. This helps me in difficult situations, especially if I want to specifically make a portrait. So far, I have succeeded with it.

Why did you shoot your “Hayat” series in black and white? Life has so many different colors.
The world is colorful, but black and white is my imagination! The view and the focus on the essential make black and white photos for me. If I like old movies Casablanca, Don Camillo, Damn for all eternity or The third man I can not imagine a new production in color, which is just as expressive. 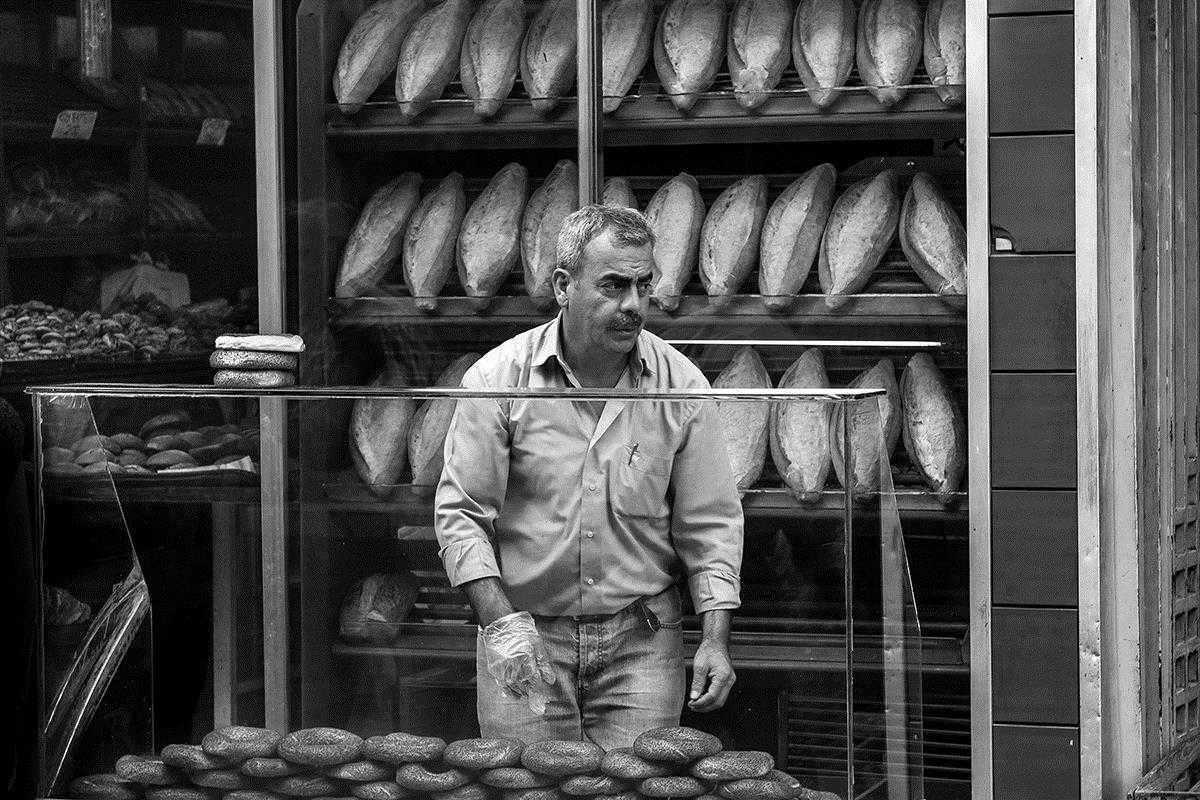 In which districts of Istanbul did you work as part of “Hayat”??
Sadık and I mainly moved through the old neighborhoods of Balat, Fener, Samatya and Kadırga. But we also spent hours hanging around Galata Bridge and Istiklal Street in Beyoglu. 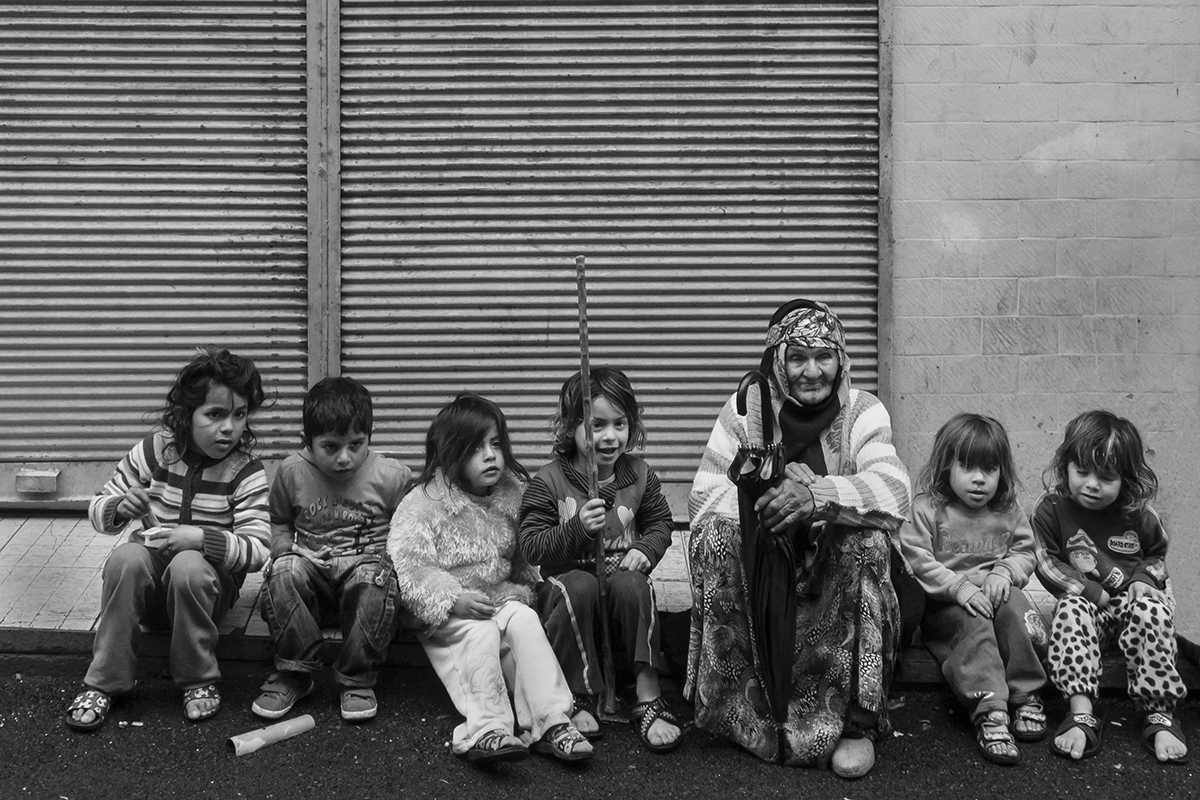 What makes the neighborhoods where you photographed so special??
In these neighborhoods, people’s lives are still authentically traditional – I’m also off the beaten track. So I encounter forms of work and life that are disappearing. 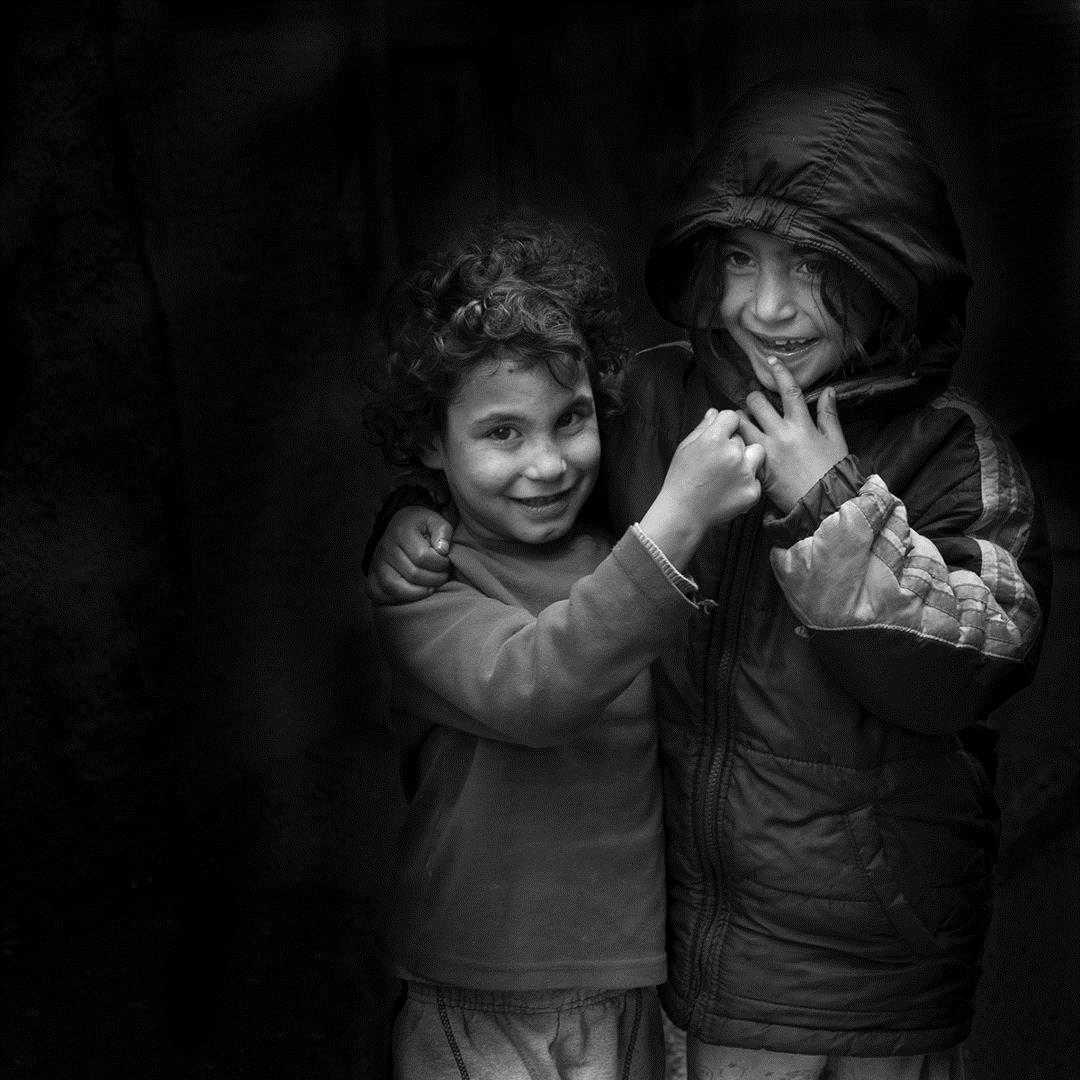 Is gentrification a subject that you have dealt with mentally or photographically?
Inevitably, this aspect also plays a role when I see how the old districts have changed since 2012: the old wooden houses disappear from the cityscape, entire neighborhoods such as Tarlabaşı, Suleymaniye or parts of Fatih are rented and fall to a rapid and ruthlessly driven modernization to the victim. 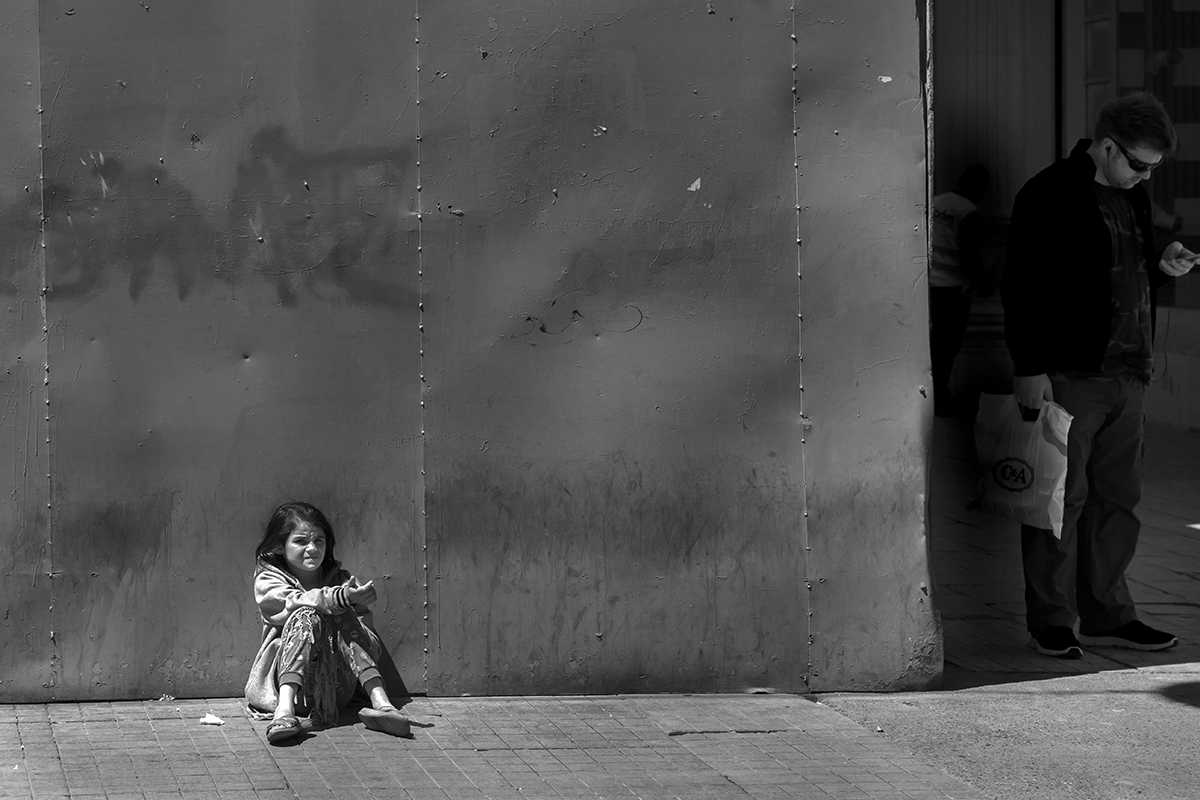 What did you experience while you were Hayat photographed?
I have consciously experienced how a city loses its flair and unmistakable charm through rigorous and unfeeling urban planning. Markets such as the fish markets in Karaköy and Kumkapı had to give way to a parking lot or metro construction. For a year now, for example, there have been new ships that travel from the Asian part of the city to the European part, but they look like floating hotels or giant bathtubs and how foreign objects crash over the water. The Gezipark, the only green area in the city center, is to be replaced by an oversized new building according to the will of the city administration and the president. This change to a more and more faceless skyscraper metropolis I experienced years ago in Singapore, as the local Chinatown razed to the ground.