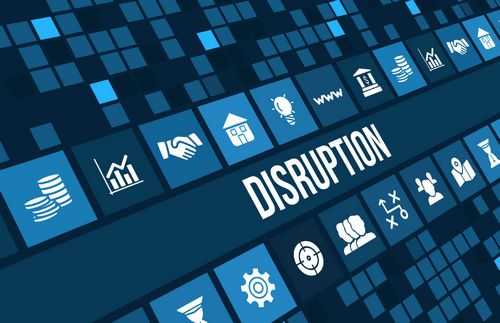 or why you should read Harry Potter

Why should children just read to Harry Potter? Well, the answer is amazingly simple: because there are weighty reasons! Reasons that partly also apply to the masterpieces of Astrid Lindgren, Michael Endes or Otfried Preussler. But to hit Harry Potter – and that’s the difference – all reasons too.

The child makes a long journey into a contemporary world and at the same time has the feeling of being conjured up in an absolutely timeless, mobile and computer-free universe called the Hogwarts. If you go on a trip with two of you – and togetherness is the most wonderful reason for reading aloud – it will not only be a wonderful weekend trip to Lummerland or Lönneberga for the child and the reader, but a breathtaking trip around the world. (Actually, reading Harry Potter is not an evening ritual that comes to a temporary end after a few weeks, it’s an evening project because the seven volumes in the hardcover edition have over 4,300 pages. “Rufus Beck needed 8216 minutes, to read in the entire Harry Potter, which is exactly 137 hours.)

The serial effect, which works so well in television series that children are almost forced to watch TV, works not only with Harry Potter, in Harry Potter, the anticipation of the evening reading session begins in the morning. (Also) books are so addictive. A realization that can not be communicated early enough. The wonderful, multi-volume Hotzenplotz and Sams stories definitely do not have that addictive potential.
The child will forever lose any fear of big books. (At the age of ten it may have developed this fear long ago and therefore only watches the movies.) Because actually the Order of the Phoenix with its more than 1000 pages is much too short.

If one manages to keep the child away from the movies for a while, then Harry Potter is overwhelmed by the overused slogan “Reading is adventure in the head“: If, as an adult, you could only look into the head of a child in which elves, hippogriffs and werewolves frolicking and in which not football, but Quidditch is played.

At some point, the child will see the movies somewhere. But do not worry: Presumably it will prefer the rest of his life books to filming. Because once you’ve read the books, the films will certainly inspire you – but the child registers (indignant) any inaccuracy that the screenwriters have made. (But beware: The movies are only from twelve, and that’s a good thing.)

With the help of Harry Potter, the child has an interest in the phenomenon of language. All you have to do is break the spells together with the child, and you’ll come across all sorts of things, but especially Latin roots. There are countless pages on the Internet dedicated to this phenomenon.

Harry Potter is perfect for a subtle first introduction to comparative literature. Finally, the importance of wrestling and the peculiarity of a Invisibility Cloak, as well as the power of dwarves (= goblins) forged swords, have their origins in the Norse myths and have been diligently spoiled – ia. from the mentioned Astrid Lindgren and Michael Ende.

The child is at the beginning of his school career. The reading of Harry Potter shows the child how boring and exciting school can be.
No matter how hard you try, by the way, how ingenious, as Rufus Beck reads or interprets the text, you will not make it. The child will therefore enjoy listening to the CDs and developing a skill that many children are no longer familiar with: just listen for an hour and still build or paint lego. Because unlike the parents, Rufus Beck does not get a dry mouth and stops after half an hour. But do not worry: Rufus Beck is a supplement and not a substitute. Because the parents who constantly ban the child during the day and mumble or are in a bad mood, are only there for the child when reading aloud and have no time to rant, to moan or be in a bad mood – and no child in the world do not enjoy this condition.

A well-known, much-discussed and ever-regretted phenomenon is that fathers are reluctant to read aloud and that little boys are the reading mum of tomorrow. For that reason, fathers should be legally compelled to read to their sons Harry Potter! The father, who is often the reading muffle role model for the son, will have fun bringing Hagrid and Voldemort and Snape and Dobby and Harry Potter to their own voices. In addition, presumably eighty percent of all men are hindered sports reporters: Well, with Harry Potter you have the chance to moderate a Quidditch game – and the more exaggerated you present, the greater your son’s enjoyment. And then, in the sixth volume, the father and the son have a very special, emotional experience: The son will burst into tears when Dumbledore dies. He will do it! And as a father, you would like to cry yourself, but that’s not possible. So there is nothing left to do but hold the son close to him and tell him how he himself burst into tears when Winnetou died thirty years earlier.

One thing is certain: through the Harry Potter – reading aloud, readers become read-out readers and readers become readers. Because even the toughest seven-year-old will find Harry Potter reasonably scary from the fourth band and even cruel later on, and that’s certainly a reason for many boys to find Harry Potter cool. And even if it would like to deny some an academic educated citizen – the cool factor is important to kindle an enthusiasm for books, especially for boys.
Books are threatened with extinction? People just sit in front of the TV and watch crime scenes or cooking shows? And children do not like to read anyway? Not at all boys? This can be counteracted. Mothers and fathers just have to get up and read to their children Harry Potter. The rest will come by itself.