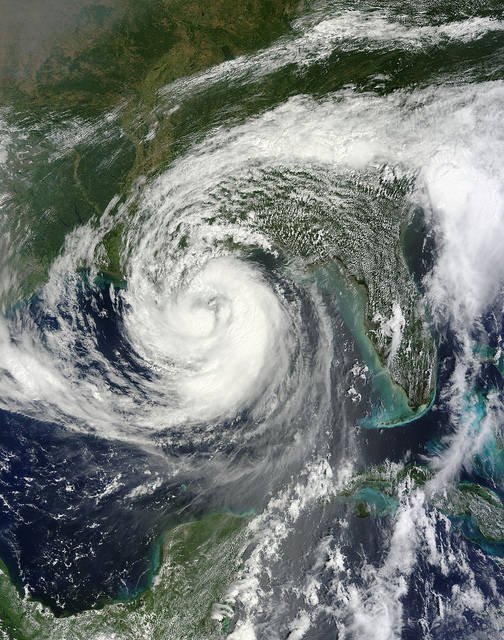 The oceans are warming due to climate change. This leads to a rising number of cyclones Image: © NASA Goddard Space Flight Center [CC BY 2.0] – Flickr

Climate change: 2017 will go down in history as the most serious year

Hurricane Maria is one of the most devastating natural disasters and killed around 3,000 people in Puerto Rico in 2017. The cyclone caused extreme damage and robbed the residents of their hard-earned livelihoods. Puerto Rico, on the First place in the 2019 climate risk index is only by many countries that are threatened by climate change. The extreme weather year also includes Sri Lanka, Dominica, Nepal, Peru and Vietnam strongly affected. The warming of the oceans leads to the accumulation of cyclones, which destroy large parts of the country and injure and kill countless people. 1) Germanwatch: Global Climate Risk Index 2019; Year of publication 2018 2) Süddeutsche Zeitung: Does global warming make hurricanes stronger ?; Article from 28.09.2018

According to the climate risk index, which was published by the organization Germanwatch at the world climate conference last Tuesday, 2017 will go down in world history as a record-breaking year in terms of natural disasters. The index shows which countries are affected by extreme weather conditions such as storms, heat waves and floods. Compared to Germany, countries like Puerto Rico or Dominica are affected by climate change many times. In Dominica, the hurricane made Maria loudly committed to global justice and the preservation of livelihoods. " >Germanwatch destroyed 90 percent of the country’s roofs and thousands of people lost their homes. It will take years to build the countries. 3) Germanwatch: Global Climate Risk Index 2019; Year of publication 2018

According to Greenpeace’s "Climate Refugees" study, by 2030 200 million people will be on the run from the consequences of climate change if the warming continues as before. Since they have to flee from the effects of climate change in their own homeland, there are now over 20 million displaced people looking for a new home. Here le >4) Greenpeace: Greenpeace study warns of humanitarian disaster; Press release from 10/14/2014 5) WORLD: A drought like never before; Article from 22.09.2018

Jacob Schewe from the Potsdam Institute for Climate Impact Research says: "The industrialized countries are the winners of globalization – but are also largely responsible for climate change". It is important to recognize that regional action has a global impact. For example, the burning of fossil fuels as well as agriculture and factory farming are encountering this most Greenhouse gases into the atmosphere. In addition to the necessary political measures and changes, it is also important to take the reins yourself and to examine your own behavior. Small changes in everyday behavior, such as the reduction in meat consumption or the purchase of regional products, can make a big difference to individuals. 6) Handelsblatt: cause of flight climate – Why the industrialized countries must act now; Article from 02.08.2018