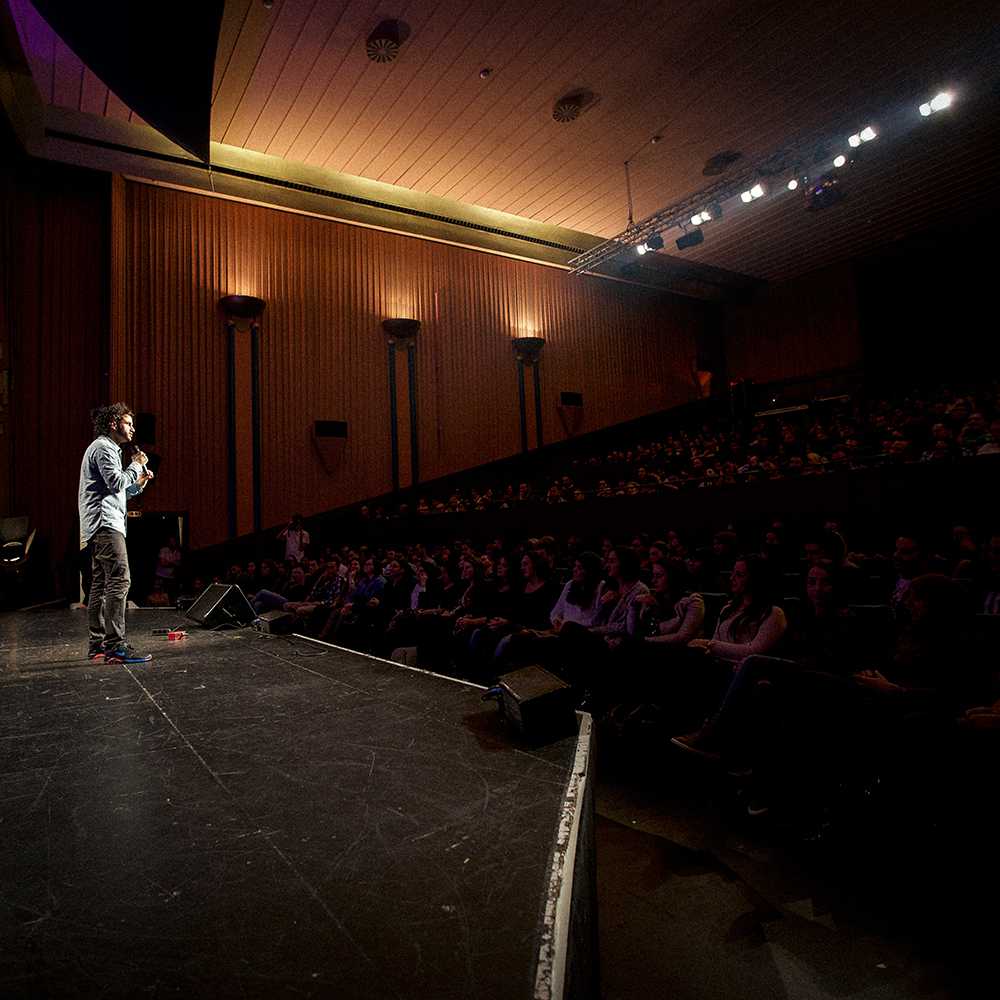 RebellComedy does not make a monkey

There should actually be people in Germany who rebel Comedy not yet known: This crazy crew of professional chasers, who are on tour with their latest show “German Spring” since the beginning of December and will change the German comedy scene soon.
For that and many other reasons, I was for renk. guest at RebellComedy im Savoy Theater In Dusseldorf. I talked to Usus mango and Gondebak, the founders of RebellComedy and the Comedians Benaissa, Pu and Özcan CoŞar about the special rebel comedy humor, her role models, her audience and her experiences in the German comedy scene.

The show was sold out weeks ago. The large and colorful crowd waiting impatiently even before the entrance to the show at the entrance is composed of the lucky 600 ticket holders. Also in the backstage area is a lot going on. There you meet the rebels and rebellas: the stand-up comedians, the guest musicians, the photographers and the entire management. They are excited, some still rehearse or talk, others retreat to mentally prepare for the performance. The expectations are finally very high.
The guests are slowly let in and musically in the hall DJ Wati receive. He is an integral part of the big RebellComedy family and is on stage behind his DJ console. It’s finally starting! The audience can enjoy a three-hour abdominal muscle workout with a total of 10 comedians and a live music act during the 15-minute break. The hall is full of enthusiasm and screams for encores. After the show, people continue to laugh, take pictures with the comedians and collect autographs. 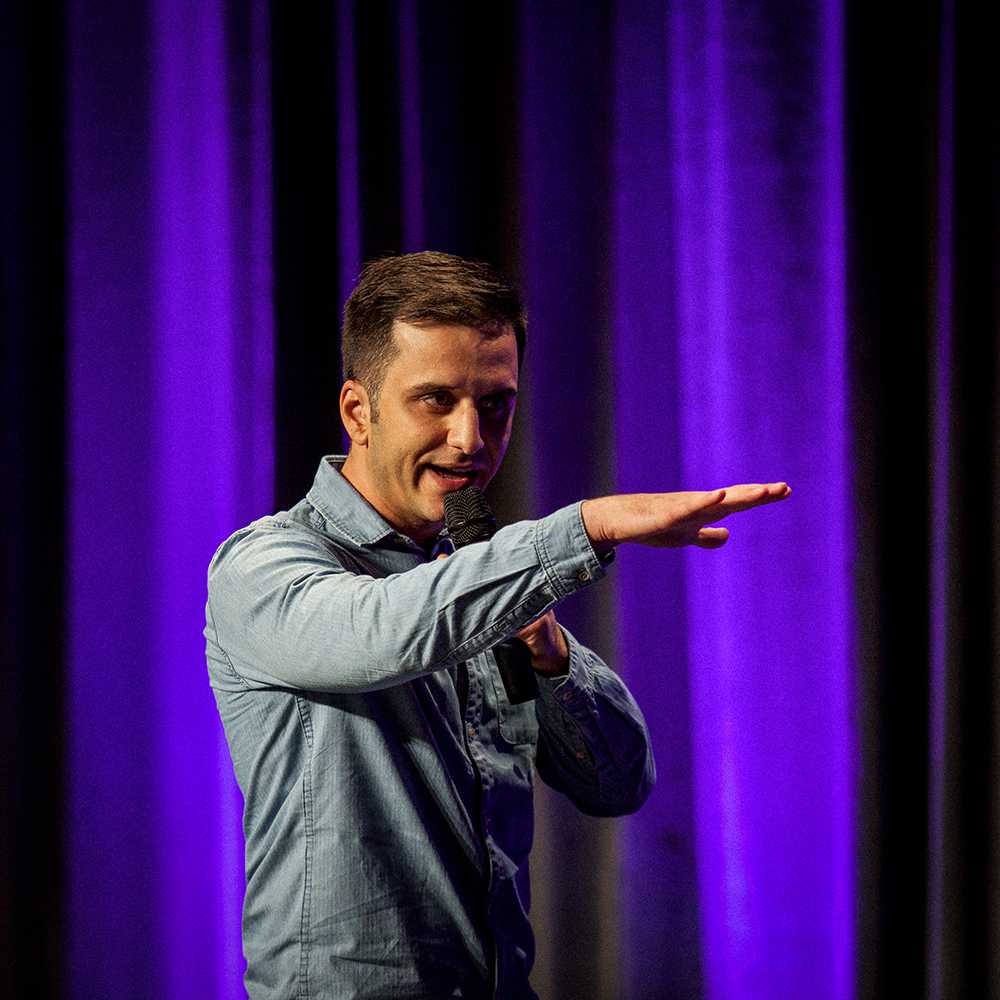 “We wanted to make comedy that we can laugh about ourselves!” (Gondebak)

But it was a long way to this breakthrough. The idea for RebellComedy was born in 2005 and only two years later they celebrated their premiere in their hometown Aachen. Usus Mango and Gondebak, the initiators, met Benaissa, who calls himself “the guinea pig of RebellComedy.” They make the trio fatal. Usus, bourgeois Usama Elyas, says that they wanted to stomp their project 3-4 times. “We waited a long time and have finally grown up. For us personally that’s really blatant! “This is already her third tour with a professional management and sold-out shows. Gondebak is in charge of directing and says, “We just wanted to make comedy that we can laugh about ourselves!” The RebellComedy family is getting more and more new comedians year after year, making a diverse crowd laugh too. Usus comments in his own special way: “The audience is becoming more and more mixed, more and more colorful. It was very dark in the beginning, it slowly brightens up! “ 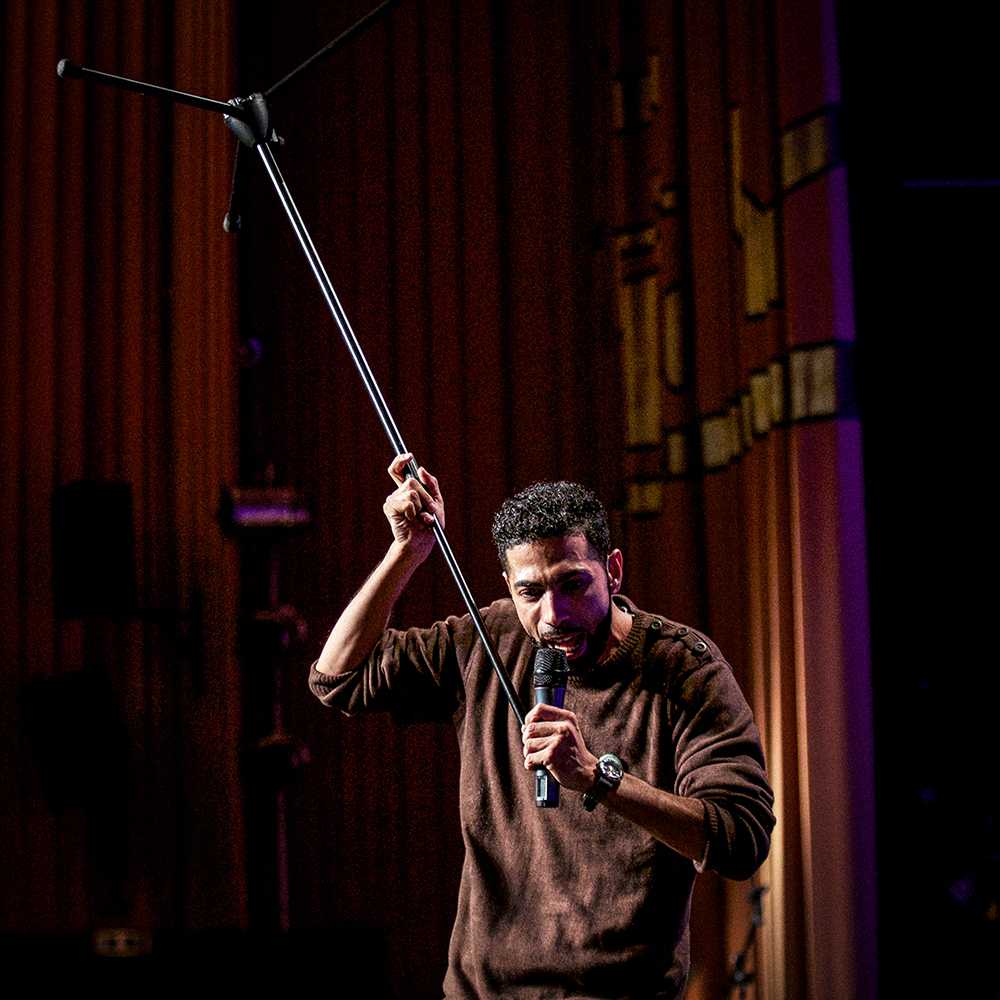 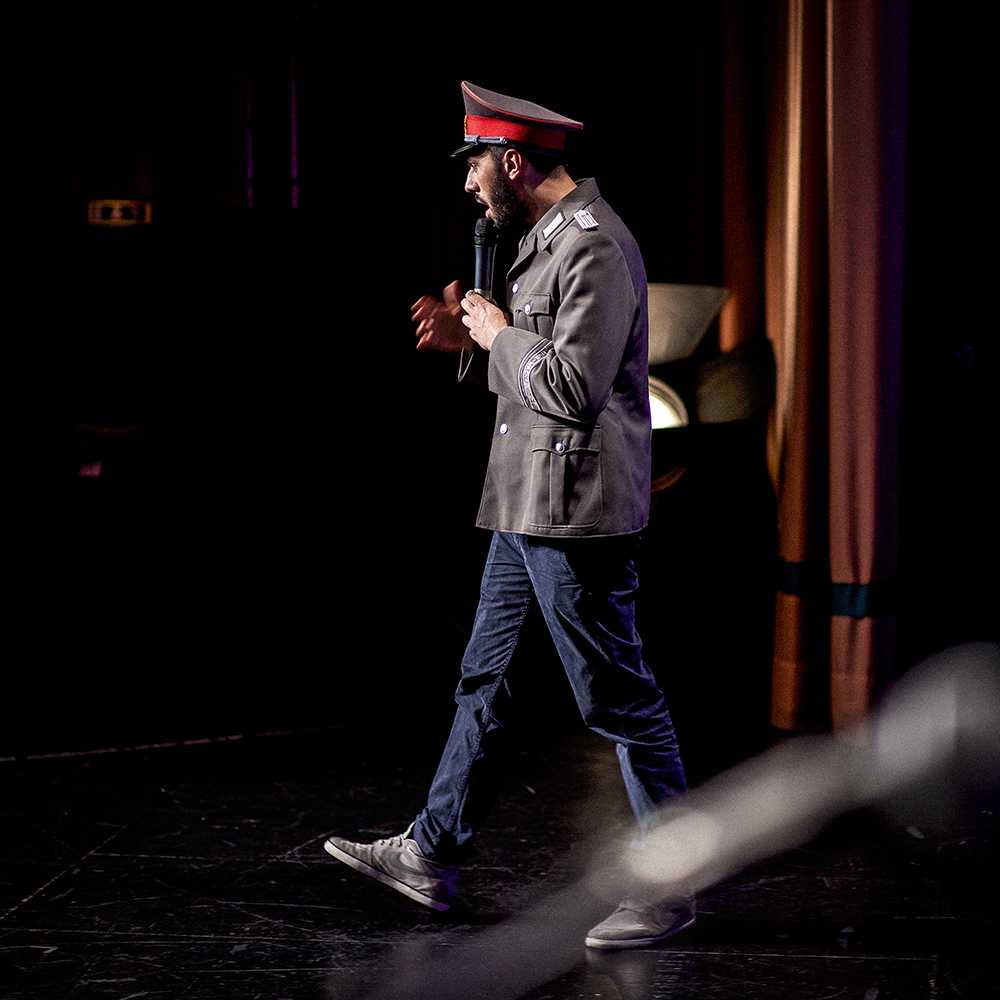 Benaissa tells me in the interview of missing identification options: “On television were funny people, such as Erkan and Stefan. I felt constantly insulted. At some point Fatih Çevikkollu came, ‘Boah’s talking about me,’ I thought. ”
He himself is now a role model for many. Like PU, the 26-year-old German-Iranian, who has been with RebellComedy since 2009. “Benaissa was my first German role model, by the way!” He says and describes the special rebel comedy humor:
“He is completely different than the German mainstream! The German mainstream likes to monkeys. For us, it’s more like the American model: we’re just ourselves! There is also a bit of hip-hop attitude, and we represent a very young generation. Our generation, i. Descendants of migrants or people who grew up multicultural. These are also Germans who have heard all kinds of things in their circle of friends. “Pu therefore likes to be inspired by Afro-American, Jewish-American and Latin-American humor for his stand-up. But I am amazed when he tells me that he is a great admirer of Cem Yılmaz, the No. 1 comedian in Turkey. “Even if I do not quite understand him. With that it is enough if you understand 10%! “He got to know him through his many German-Turkish friends. “He’s more blatant to me than all the Americans.” 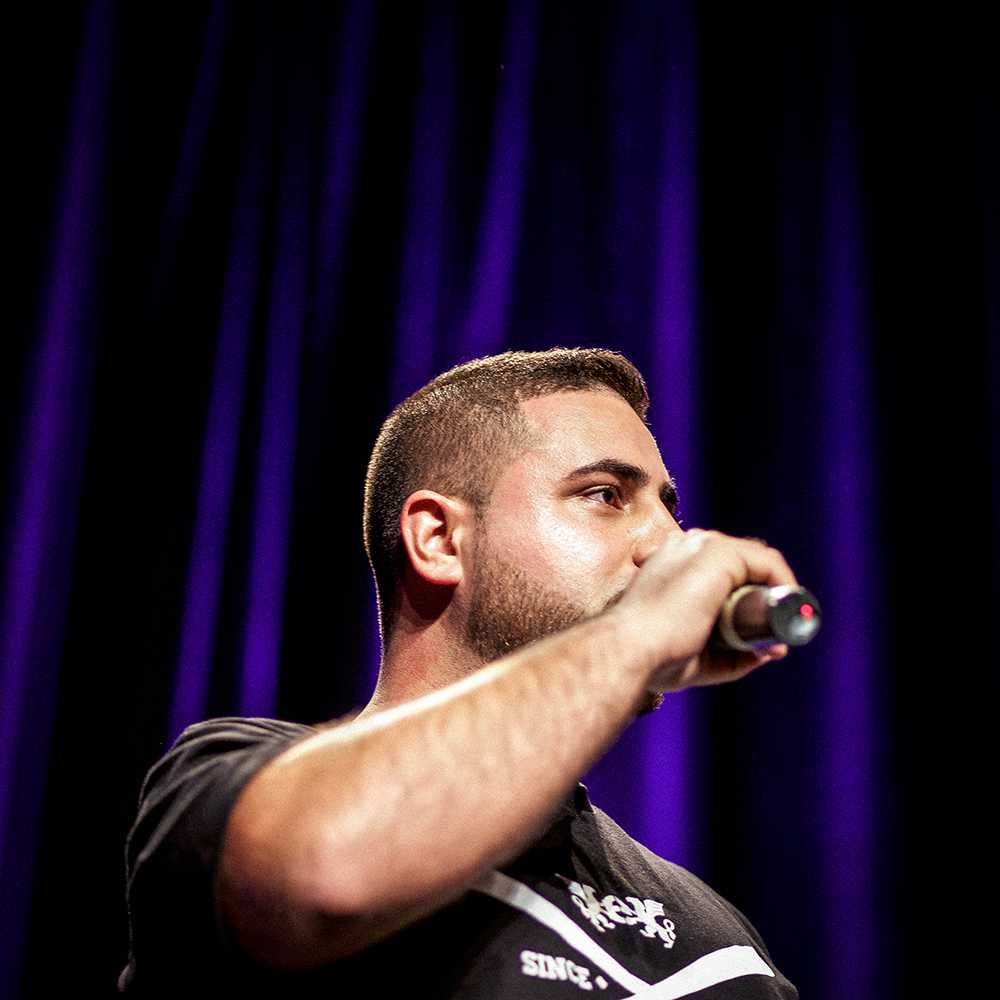 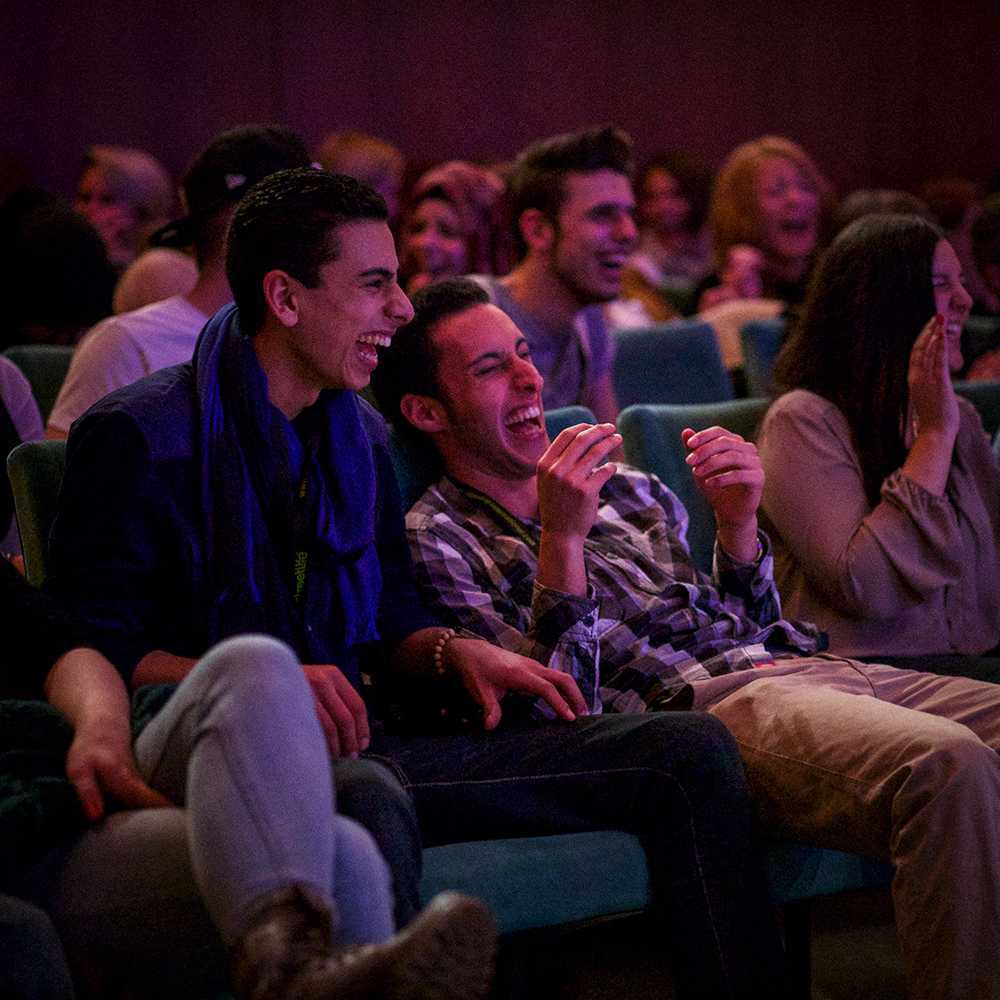 “Laughter breaks through all barriers!” (Özcan)

Özcan Coşar, the Stuttgart quota Turk at RebellComedy, is also a fan of Cem Yılmaz and laughingly says: “The guy is the destruction, if the German could, he would shred everything! I think he would join us! “Özcan has been a member of the family for more than a year and describes the special feature of RebellComedy:” That you present what you are. We give our impressions and what we have experienced again. That does not necessarily have to do with our origins, that’s something everyone knows and with which our generation grew up. “Özcan is also on the road outside of the RebellComedy stage. He has been comedian and cabaret artist for four years and currently with his first own show “Adam and Erdal. The inseparable “on the way. It annoys people who strictly between The Turk and The German separate. “Sometimes we are German and sometimes we are Turkish. Yet Adam and Erdal are inseparable. You are one person. “He does not want to serve clichés all the time, but rather encourages the public with his humor to look beyond the horizon. 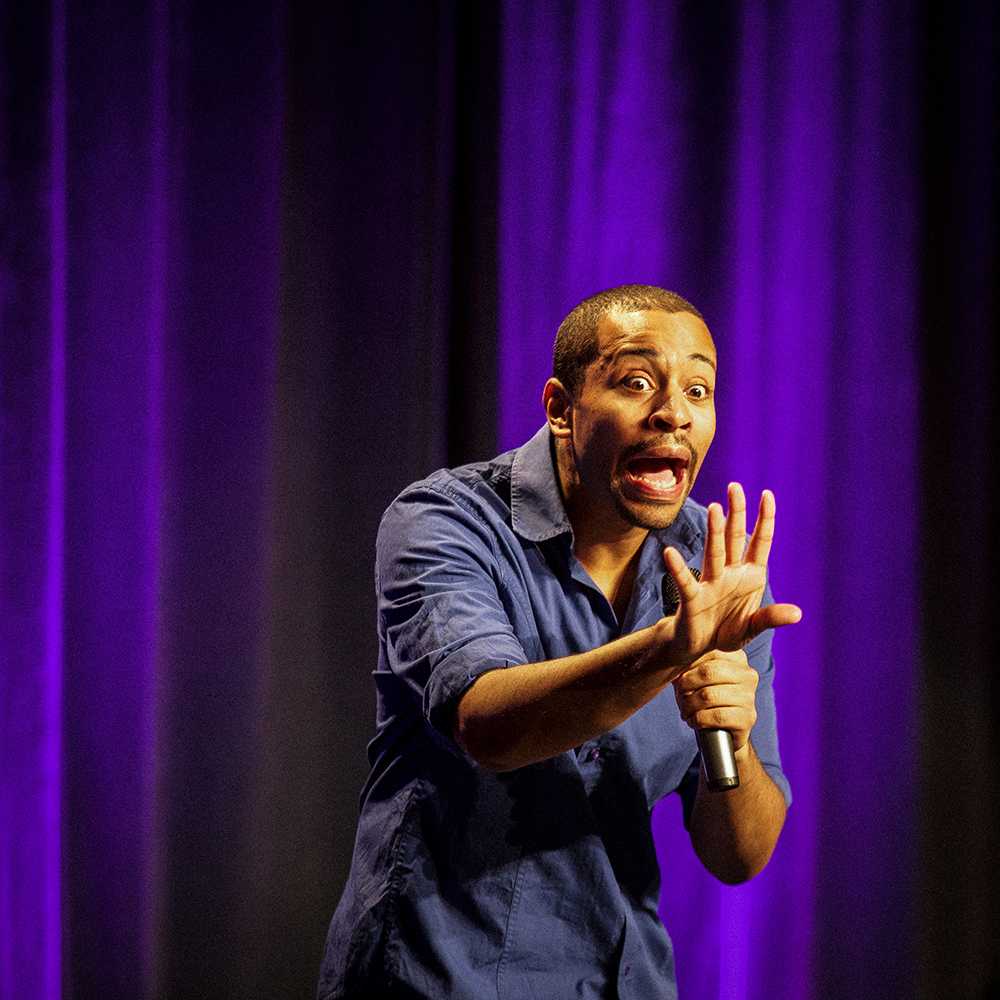 “You should know who Tupac is, damn you!” (Benaissa)

Benaissa even goes a step further. He participated in the RTL Comedy Grand Prix and NightWash this year and was a guest on TV total. His experiences are mixed: “I noticed that people laugh about other things. You only know Mario Barth or Michael Mittermeier. They do not understand when I talk about my grandfather with his Arab garb. They do not know what that is, it is foreign to them. I did it the first three times so that I adapted myself to the audience because I know what they are going to laugh about. At some point I drew a line and said stop! ‘You should learn who my grandfather is in the Arab garb! You should know who Tupac is, damned crap! As you know only MC Hammer and DJ Bobo ?! ‘You have a fight: either you adapt or you educate the audience. These are your two choices. “Benaissa has chosen the second option. 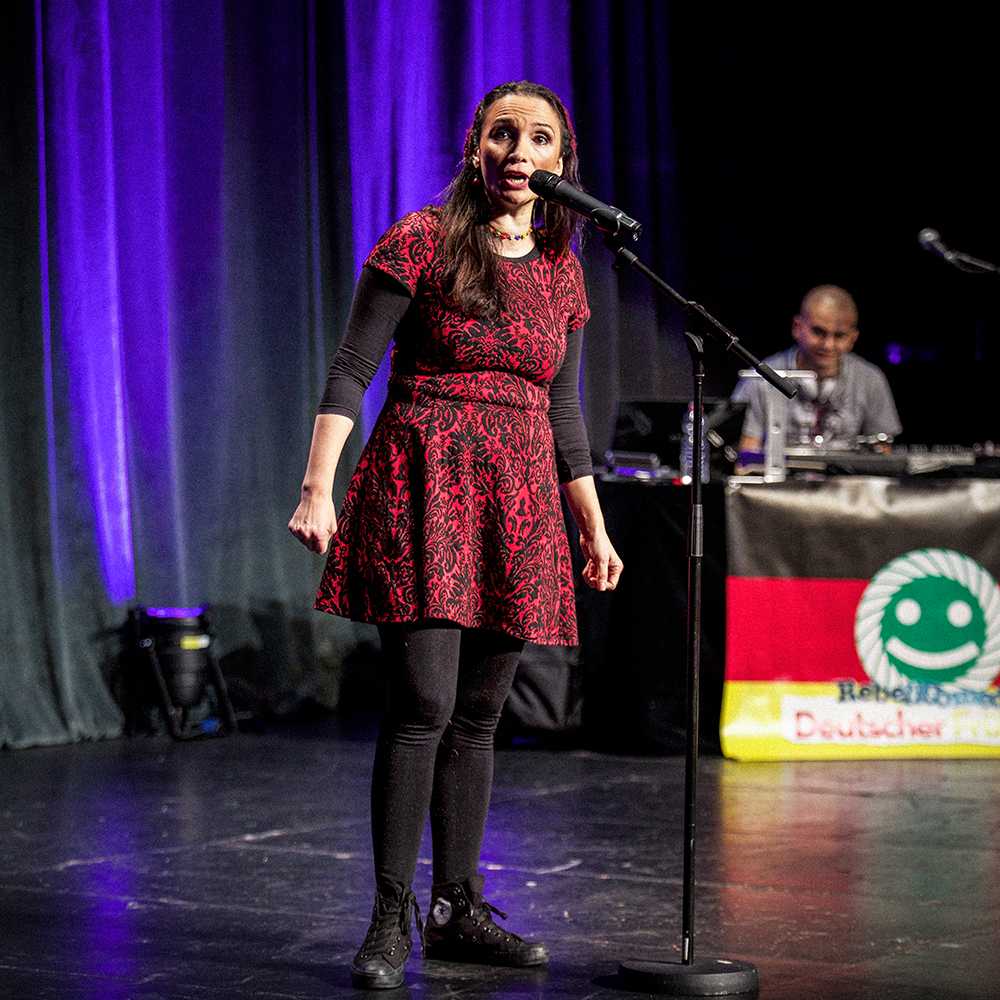 The humor of Usus is the most special. Very dry and sometimes extremely subtle. When I ask him about his experiences outside of the RebellComedy stage, he tells me that he participated in the NightWash Talent Awards 2013: “To the finals, I’m shitting against a poetry peg. I still hate you! ”
Gondebak: “He means that completely seriously!”
Benaissa: “Yes man! If you take that, then take a juggler! ”
Usus: “But only for audio!”
His special humor in his stand-up show is understood by many only in the second moment. But his fans love him for that very reason. This subtle is probably the reason why Usus does not even shy away from critical issues such as homophobia or politics and brings these sovereign on the stage. Quasi a cabaret artist in the body of a comedian, whose vision of a new comedy format came true.

The format of RebellComedy is actually very similar to the African-American stand-up comedy. It is young, fresh, sometimes quite intense, as it is pulled over everyone and everything, but the more authentic and funnier it seems. Of course, jokes are over diddle and Arab and Kanaks drawn, even the organic Germans get their fat away. Clichés are served but destroyed at the same time. Taboo topics hardly exist. Women and men alike are teased. Cultural influences and peculiarities provide the basis for the “canakic humor”.
Only Benaissa has an explicit taboo topic:
“I’m not talking about ants anymore, they attacked me! I once made an ant joke, the next day there were ants in my room everywhere! And while they stung me, they said, Why do you always dislike the A-tits? Do something against the B-tits and C-tits! ‘”
I have to interrupt him because the story would go on forever and Gondebak and Usus support him. That’s what happens when you’re interviewing several comedians at the same time. They often digress from the topic, in between singing and tearing inside jokes. Gondebak soothes me, “You’ll listen to this audio later and you’ll laugh every time. A stand-up just for you! “He’s right! To top it off, Benaissa ends the interview with a song by Tarkan and sings with full passion and a broken Turkish: “Seni gidi fındık kıraaan, yılanı deliğinden çıkaraaaaan muaaah muaaah” I laugh every time I listen to the audio file. 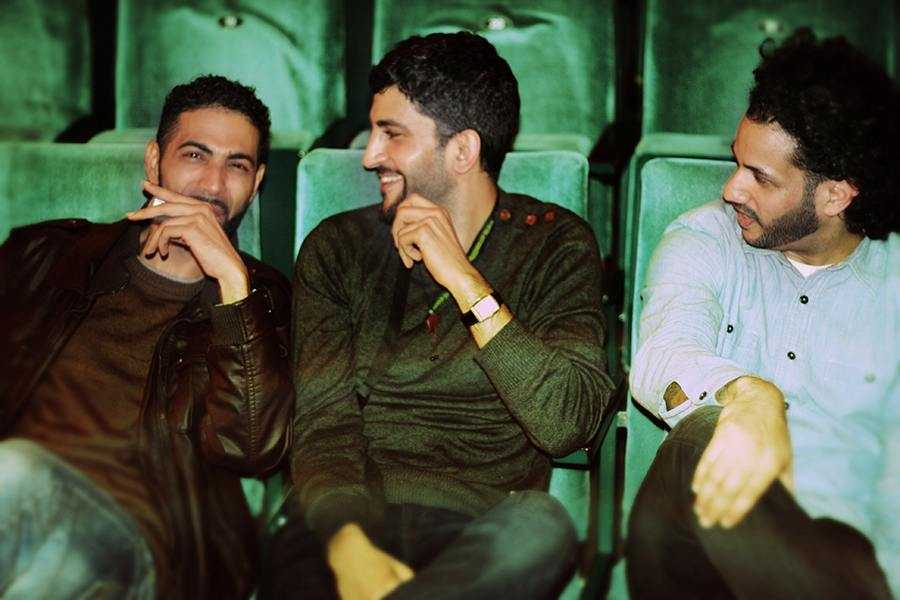 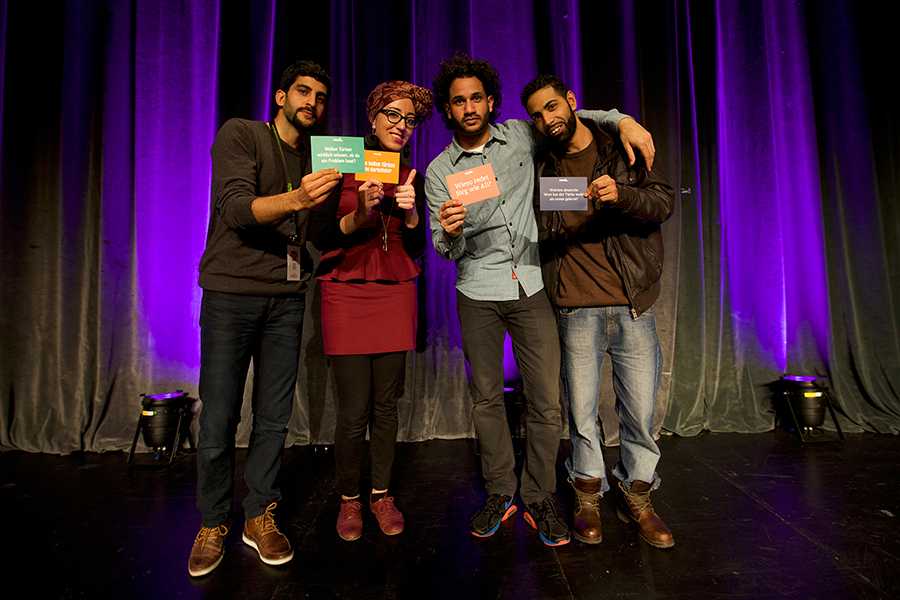 In January we continue with the tour! But the tickets are in great demand and because the entire tour was sold out weeks in advance, there are two additional shows in Frankfurt a.M. and Münster at the end of January.

If you can not experience it live, you can also order the latest DVD.

And anyone who thinks that he is talented and would like to show the rebels their stand-up, is welcome to contact them by e-mail and then introduce them on their open stage in Cologne!

More impressions and information from RebellComedy you get on their current Tour Trailer and their Facebook page!