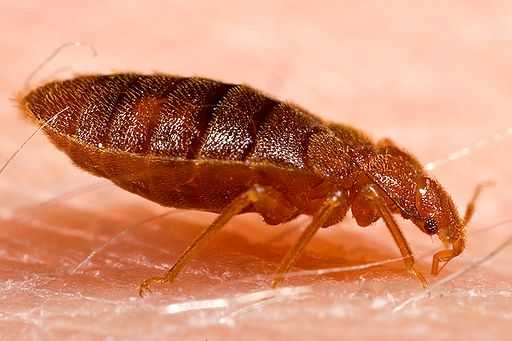 Bedbugs on the rise

For a long time, the bed bug was considered extinct in this country, but for some years, she experienced a surprising comeback. People travel the world these days, giving the snappy little bloodsucker the opportunity to re-expand. Here’s how to spot bed bug bites and how to protect yourself from infestation.

For several centuries man fought against the bed bug plague. And until a few years ago, the fight seemed won, at least in our latitudes. But now the bedbugs in Germany can be found in more and more beds. The unpleasant insects are very resistant and multiply quickly. Therefore, it is important to know what bed bugs are and how the pests can get into our bedrooms to effectively protect themselves from bed bugs.

Bedbugs are flightless, nocturnal bloodsuckers that are attracted to carbon dioxide, body heat and body odor. They prefer to use humans as hosts and only look for other warm-blooded animals in exceptional cases. The actual act of blood suction lasts only a few minutes. However, bedbugs often bite several times in a row if you do not immediately find a blood vessel. Thus, multiple punctures in a row or group are often characteristic features of a bed bug bite.

The unpleasant parasites can become up to 18 months old. They measure up to 6 millimeters in height. When they are soaked in blood, the bed bugs are a little bigger. Bed bug bites can cause allergic reactions and sleep disorders in those affected. Mostly a bloodshot pustule appears on the skin, which is also noticeable by a strong itching. It is believed that the sting is safe and can only be caused by scratching an inflammation. So far, it has not been explained whether bed bug can transmit the hepatitis B virus. The bed bug affects not only humans, even animals are the victims of biting bed bugs.

Also in this country on the rise: The bedbug. Source: Wikipedia

Bedbugs existed in Germany until the war years. Then they disappeared and were even extinct in this country. Due to strong world trade and a lot of traveling around the world, the parasites are increasingly returning to their native lands. They are transferred passively. This means that the bed bugs abroad put in the luggage or other objects. This allows them to travel unnoticed in bags, suitcases, boxes and containers. They are in trains, ships and aircraft stowaways. Often you bring the bed bugs from a hotel stay home.

After they have reached their new dwelling, they seek out dark and quiet areas as hiding places. As a hiding place can serve everything, from the bed box to the picture frame, every dark hiding place is right. At night they come out of hiding and visit their host. Recognize bed bugs: However, those who are attentive to their things and their bed can detect the bed bug threat relatively quickly. An unmistakable sign of an infestation with these unloved visitors are the feces traces of the smallest animals. The small, black dots show up on the bed frame and on the wallpaper. Furthermore, there is often a smell in the room to hear, which is penetrating and slightly sweet. This is caused by the glands of parasites.

Fight bed bugs – What to do in case of an infestation?

If the bedbugs have been discovered in their own home, they must be combated consistently and sustainably. Since they are very resistant animals, it is absolutely a professional pest controllers or exterminator asked, who fights the unwanted roommates with strong insecticides. The procedure for controlling the bugs is complex.

Existing cracks must be stuffed with silicone, furniture must be disassembled and a change of mattress is recommended. It must be prevented that the tiny parasites can hide somewhere. After the first treatment with insecticides, not all bedbugs are usually killed. Often, they have already laid eggs, which are very resistant and require a different treatment than the adult insects. For this reason, more and more treatments are needed to fight the bed bugs.

It should be noted that bedbugs can starve for months. Thus, the parasites can exist even in uninhabited rooms for a long time. If objects are infected with bugs, they must be removed from the dwelling. First, they should be put in a tight plastic bag, which is closed and taped. If you want to refrain from insecticides, bed bugs can also expose you to extreme temperatures. Affected objects such as CDs, books and picture frames can be wrapped in foil and placed in the freezer for at least three days. This kills the bugs and eggs. In addition, the parasites die at temperatures above 50 ° C. For this reason, infested objects can be packed in a bag in the summer in the sun. Even so, the smallest animals can be eliminated.

How do I protect myself from bedbugs??

It is best, of course, if the bed bugs do not even move in at home. The small animals can not fly and therefore have only the opportunity for a passive spread. For this reason, after a trip, the suitcase should not be placed near the bed. Business travelers who regularly stay overnight in hotels and guesthouses around the world are naturally at particular risk. The best protection is to always take a few minutes to examine foreign beds and hotel rooms in advance for signs of bedbugs. These control measures should also be applied to the purchase of used items such as furniture, mattresses, pictures and books.