in infants and young children. This can happen to both parents and child chronic fatigue lead and ultimately significantly burden the relationship between them. 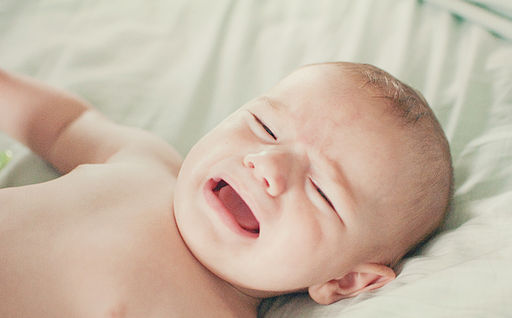 Definition: What is regulation disorders??

A regulatory disorder is understood as an unusual difficulty for the level of development of the infant or toddler to adequately regulate its behavior in one or more interaction and regulatory contexts.

Developmental tasks of the child

About 15 to 25 percent of infants and young children show in the first months and years of life Abnormal behavior, such as. Screaming or restlessness.

These are initially to be understood as an expression of normal developmental maturation and adaptation processes. The infant, later the toddler, gradually releases itself from the initial symbiotic relationship with the mother and begins one more and more independent regulation develop physical, emotional and social functions. In doing so, it adapts to its existing environmental conditions in its behavior. One speaks of “development tasks” that the child has to solve. So it learns z. B. crawling, running, speaking in certain age phases.

Such developmental tasks in the infant also include adapting the sleep-wake rhythm to the change from night to day or the ability to calm down. The child gradually learns to regulate itself in various areas of development.

In early infancy, this affects.

The regulation of arousal and attention control is added later.

Against At the end of the first year of life it is the areas of proximity-distance regulation, bond-separation. in the second year of life the child learns the regulation of dependence and autonomy as well as the acceptance of rules and limits.

As part of this Adaptation and development processes can lead to short-term "crises". The child reacts with discomfort and restlessness, crying or sleep disorders. Since the infant is not yet able to use differentiated expressions, crying is an elementary, natural one Means of expression and communication Screaming therefore does not always have to do with “need” in need of care.

Make such "crises" Transitions in which the child initiates a further development step by means of adaptation and learning processes. So they are normal and temporary in nature, but can cause parents to worry about their child’s well-being. Every fifth family suffers from the crying behavior of their infant in the first months of life.

A distinction is made between three cries of the infant

The unspecific crying is based on the development processes described above and is evident in almost all infants. The screaming episodes begin in the second week of life, reach their peak in the sixth week of life and then flatten out again until the third month of life.

The previously used term “three-month colic” was based on the assumption that the reason for the crying attacks was to be found in disorders of the gastrointestinal area (e.g. cramps, flatulence). However, studies showed that indigestion rarely cause the screaming attacks are. In most cases, unspecific screaming is an expression of physiological arousal.

Synchronization with the caregiver

Infants and young children can change their behavior regarding the above Development tasks only in direct Exchange with their caregiver regulate. A constant, safe "opposite" is the prerequisite to e.g. Regulate tension down or develop an appropriate sleep rhythm. The infant needs permanent synchronization with his caregiver in order to find his inner balance through eye contact, affective resonance, body contact, care and rhythm.

If the caregiver manages to respond appropriately to the phase-related restlessness and crying attacks of the infant, one develops positive feedback loop:

This sense of competence provides the caregiver an important resource for the long term Coping with other crisis situations It makes her feel like the child always better to understand and feel safer in dealing with the child. 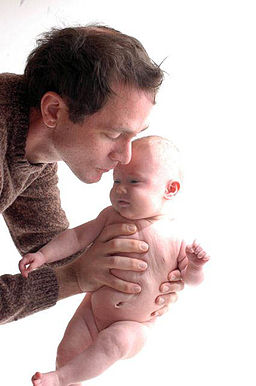 Causes of non-functioning synchronization with the caregiver

The infant is so dependent on the functioning coordination with his caregiver in his regulatory processes that even minor disturbances of this interaction let your inner balance topple and there can be massive behavioral problems. Psychosocial stresses, which put the caregiver under stress, often play an important role here:

Excessive screaming in the event of regulatory disorders

The infant appears overexcited, uneasy and restless, the crying attacks occur like a fit and for no apparent reason on, his ability to self-regulate is clearly limited. One speaks of "unquenchable screaming", since the caregiver’s attempts to calm him down are also unsuccessful. The main symptoms of excessive screaming are:

According to Wessel et al. (1954), the so-called three rule applies as a rule of thumb for excessive screaming: an average screaming / unrest time of

Effects of excessive screaming on parents and family

The mutual regulatory coordination described above no longer works. Parents can no longer classify their child’s signals (crying) and try all kinds of sedation attempts until they are on the verge of exhaustion.

You are under increasing pressure: The permanent failure of the sedation attempts leads to Helplessness and fainting, but also anger and aggression. "I did everything for him," reports one mother, "but he only screamed – I no longer understood my child!" If the caregiver feels that he can no longer access his child, it can happen that she experiences her child’s behavior as directed against her, as rejection, defense or deliberate annoyance. The helplessness experienced and the feelings of failure can turn into anger and aggression towards the child. Excessive screaming is therefore a common one trigger for child abuse, such as shaking, beating, or neglect.

The problem can spread to other regulatory areas relatively quickly. Disorders of the sleep-wake rhythm and feeding problems then occur. In the long term, it can happen that there is hardly any relaxed interaction in the family’s everyday life.

On vicious circle arises, which leads to extreme psychological stress on both sides and ultimately to exhaustion. The relationship between parents and child changes negatively, as parents hardly experience any positive interactions with their child. You yourself almost inevitably get into an overload syndrome, which is caused by

is characterized. Papousek (2009) describes this mechanism as a triad of symptoms of the regulatory disorder:

Due to the complexity of early childhood regulatory disorders, the family constellation and all family stress factors must be taken into account when diagnosing the problem. The first step is to exclude organic factors such as Infections, injuries, disorders of the gastrointestinal tract, allergic and neurological diseases, sleep apnea syndrome. The further anamnesis (questioning of those affected) relates to the identification of the related factors as described in the "symptom triad". These are:

The registration is initially carried out in the context of anamnestic discussions with the parents. For a more differentiated diagnosis of the problem behavioral observations in the relevant contexts on site or via video documentation, protocols and diary records of the parents, as well as the use of standardized questionnaires and scales where necessary.

It is often uncomfortable for parents, themselves or third to admit not being able to cope with your child at the moment. They therefore try to regulate everything on their own – what the described Vicious cycle processes more likely to reinforce. Especially when parents have the feeling of losing competence and fainting, they should seek help.

As described, the regulatory disorder is not simply due to educational, emotional or moral failure. Numerous factors have to be considered in order to identify the exact causes and triggers of the screaming as well as to recommend a solution to the situation. Expert help often brings significant relief and improvement of the problem in a short time.

The pediatrician is the first point of contact for parents. He clarifies the somatic findings and, in a first step, the psychosocial background of the disorder and can then act as a consultant or refer to further treatment options.

Outpatient advice and therapy (e.g. in so-called "screaming outpatient clinics") takes place via regular parent talks as well as interaction-centered sessions with the child (observation and behavioral exercises parent – child in play and challenging situations). In addition to practical tips and rules of conduct, video recordings made by parents at home can also be consulted.

Depending on requirements, the meetings will be held in shorter succession as crisis intervention or at regular intervals to provide support.

In addition to improving the regulatory problem, the goals of the treatment are to relieve the parents and to (re) establish a positive parent-child relationship system.

In the case of semi-inpatient therapy, the caregiver is also included. It is appropriate when the parental resources are exhausted and they are no longer able to implement the agreements and codes of conduct made at home.

Experts support the parents directly in dealing with the relevant disorder-specific situation. As a result, false perceptions can be reduced and safe, adequate ways of dealing with difficult situations can be established.

If the caregiver-child system is already so disturbed that the physical and mental well-being of the child is threatened, those affected should consider fully inpatient parent-child therapy. Lack of success in outpatient counseling and massive exhaustion of the caregiver due to the perception of fainting also require such psychosomatic inpatient complex therapy.

The Detachment from the home environment offers the best opportunities to break the vicious circle of regulatory disorders and fainting as quickly as possible. In the clinic, parents can be relieved for a short time via intensive nursing-therapeutic care. As a rule, the child also quickly settles into an age-appropriate rhythm under structured, relaxed framework conditions. As a result, the seizure-like screaming attacks and emotional outbursts recede.

In the further course of therapy, relevant situations from the everyday context are discussed and new behavior patterns are practiced. The caregiver becomes gradual in their feeling of competence encouraged. The positive mutual resonance enables her to deal with the child independently and safely. A mother reports: "I feel like I have a connection to my child again, I can now classify his behavior again".