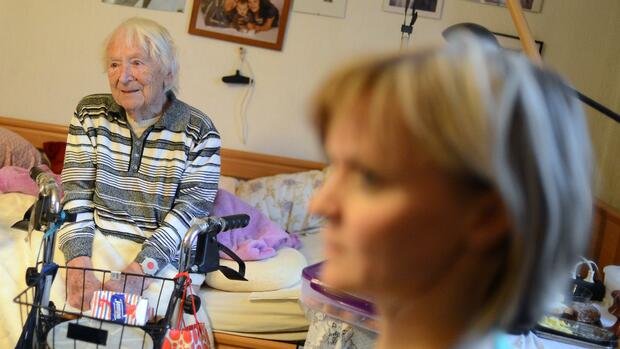 From 2020, only those who have a gross annual income of EUR 100,000 or more are to be included in the care costs of their relatives.

From 2020, children of those in need of long-term care will only have to contribute to their parents’ care costs from a gross annual income of EUR 100,000, the new Relatives Relief Act states. The cabinet is finally meeting an old demand from welfare and care associations.

Relatives in need of care, be they parents or adult children, are a challenge, often a burden for those affected. Emotionally, physically and often also financially. Stakeholders have been demanding relief for the latter for years – by law.

Until now, many relatives had to share in the care costs of their relatives in need of care due to the so-called maintenance recourse if their own assets and the means of long-term care insurance were insufficient. Almost 22,000 euros of deductible were not deductible for singles a year, for a couple almost 39,000 euros. So far, the same has been true for parents who are liable for adult children with disabilities. A relatively high deductible was already in place for older and disabled relatives.

The federal government is now shifting this limit upwards through the new Relatives Relief Act, releasing many relatives from financial responsibility for their parents or adult children in need of care. From 2020, only those with a gross annual income of EUR 100,000 or more should be included in the care costs. The Federal Cabinet decided on Wednesday. According to the Ministry of Labor Minister Hubertus Heil, relatives of around 275,000 beneficiaries should benefit. It is said that people with low and middle incomes in particular could be relieved immediately. This relief was "long overdue," Heil told the newspapers of the Funke media group before the farewell.

This is also how many social and welfare organizations see it, in whose catalog of demands the financial relief of relatives has been high up for years. The president of the SoVD social association, Adolf Bauer, described the adoption of the Relatives Relief Act as a “silver lining” for relatives of those in need of care who are increasingly at risk of poverty. "This is not only a necessary financial relief, but also an overdue appreciation of people who have relatives in need of care," praised Ulrich Schneider, general manager of the Joint Association, the cabinet decision. The VdK social association also welcomed the law. It helps older people from a difficult situation, said President Verena Bentele in the Funke newspapers. "They do not go into the home, even though they can no longer be adequately cared for at home their children not be charged. "

Meanwhile, the municipalities fear billions of dollars and insist on the solidarity principle of social welfare law. “The cities are currently anticipating additional burdens of between half a billion and a billion euros each year"Said the managing director of the German Association of Cities, Helmut Dedy, the" Handelsblatt ". “These additional burdens on the municipalities must Completely be compensated. "The general manager of the city and municipal association, Gerd Landsberg, told the Funke media group:" It is generally reasonable that children and parents stand for each other. It shouldn’t be shaken. "

The federal government estimates the additional costs of the change in the law for the states and municipalities as providers of social assistance at around 300 million euros annually.