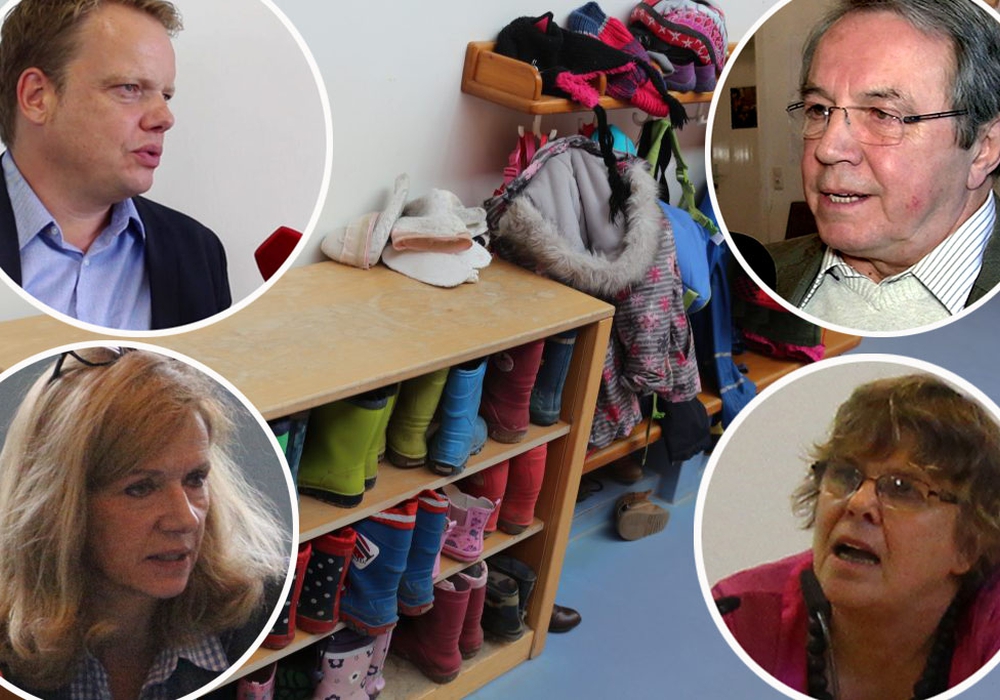 Braunschweig. The state SPD wants to abolish the parents’ fees for kindergartens in the event of a victory in the 2018 state election. The Prime Minister announced >

"A slap in the face for the Braunschweig SPD"

Reinhard Manlik, CDU council group, said at the editorial request: "At the request of the CDU, we were one of the first cities to introduce free-of-charge contributions for kindergarten. The SPD then abolished the whole thing last year together with the votes of the BIBS and the Greens and now comes the proposal from the state to generally abolish the contributions. To be honest, this push is a slap in the face for the Braunschweig SPD."

The kindergarten is an educational institution. For educational institutions, the country is obliged to pay the costs. This is also how it is handled in schools. So there should be freedom to contribute anyway. "But so far the country has always stressed that it cannot afford this. Therefore, one has to be careful whether the Prime Minister has not already entered the election campaign and when and whether something is really being implemented. We would have been happy if this suggestion had been made earlier, because this step is absolutely welcome for the parents. The fact that the Braunschweig SPD has just introduced the fees that are now being abolished by the state is very paradoxical. One problem remains: the crèche places must continue to be paid for by the parents. That means we are actually returning to the model that we already had in Braunschweig. How the whole thing should then be paid for and implemented again, it would be very interesting to find out from the SPD how you imagine it."

Gisela Ohnesorge said for the left faction, "Free childcare was already demanded in the SPD election program for the last state election.

At the local level, the SPD was one of the driving forces behind the Greens to reintroduce the fees. In this respect, this can only be understood as a pure election campaign. Decide not words, but actions. We have repeatedly made it clear that the reintroduction of kindergarten fees is the wrong signal in Braunschweig. We want education to be independent of parents’ wallet and kindergarten is a very important educational institution."

For the administration, Social Affairs Director Dr. Hanke: "The country’s proposal is based on the conviction that early childhood care is increasingly becoming an educational task.

In this respect, it is consistent that the state, as the responsible state level, finances freedom from pay, especially since it has already been free for one year. That was exactly that attitude the city on the question of the reintroduction of charges. In this respect, the city sees its view confirmed here. The proposal cannot be commented further, for example with regard to the concrete effects for the municipalities and the question of the quality of care, because the city knows no details about it."

Christoph Bratmann, SPD-Braunschweig parliamentary group, made it clear to regionalHoday.de that the initiative was welcomed by the state: "We have always pointed out that the municipality can withdraw from the area if the state or the federal government pays the costs. ”

He sees no contradiction. "We have made it clear that we are introducing the charges because the municipality alone cannot raise the funds to maintain and improve the quality. If we had just continued happily and changed nothing, the national politics would probably not have moved." When the discussion about the reintroduction of kindergarten fees started a year ago in Braunschweig, it was not foreseeable that the state would provide funds in this area. The financial situation has turned so positive that something is now feasible and the priorities of the state government have apparently shifted to this area. "I’m honest, I couldn’t have imagined that a year ago", says Bratmann. However, it must also be stated that the free of charge is about kindergartens, and one should not again confuse all forms of care. The crib, for example, is also an essential facility and one should not make the mistake of lifting the contributions up again here. The country must therefore also make sufficient funds available so that the community does not end up suffering from poor quality again. He was sure that there were already considerations and plans to do so. He doesn’t believe in a campaign maneuver. Anyone who knows and can assess Stephan Weil knows that he is true to his word.

Mathias Möller, FDP, said for the Liberals: "The FDP Braunschweig was generally open to the abolition of daycare fees in the local election campaign, so we also welcome the nationwide approach. However, implementation must be on a solid financial basis, whether at local or national level."

A nationwide solution would definitely make sense. Local regulations would always lead to differences in the offer and the quality of care. "This contradicts our liberal notion of equity in the education system", he added. From the FDP’s point of view, the move would clearly contradict the decision in Braunschweig? "That question must yourself SPD. In our view, a balanced solution was developed in Braunschweig that focuses on the quality of care and takes into account the financial possibilities of the city. These priorities must also be respected in a nationwide solution. Additional burdens on the municipalities must not occur", says Möller.

Elke Flake, Greens, said: "In terms of content, we consider the advance of the state SPD to be worthy of support. We would like it to be implemented after the election and for the country to fully finance the loss of revenue. We therefore hope that it is not just a “campaign bubble” that will burst again after the state election. The complete abolition of daycare fees at the state level has already been announced several times and collected again. As is known in Lower Saxony only the third and last year of kindergarten before starting school for some time free of charge.

At first glance, there obviously seems to be a strong contrast between the SPD Prime Minister Stephan Weil and the SPD Mayor Ulrich Markurth. While one wants to abolish the daycare fees in Lower Saxony in the near future, these have only just been reintroduced in Braunschweig at the instigation of the other. We have never asked for a kindergarten fee due to fundamental considerations. The decision to reintroduce in Braunschweig resulted from the need to reduce the absolutely excessive crèche fees and the unjustifiable fee inequality in the area of ​​school childcare. In this context, it was no longer possible to continue to bear the cost of free contributions in kindergarten, which was only financed from municipal funds. It would be very welcome if the state now financed the freedom to pay for kindergartens."

As a result, we would finally have a socially just scale for the crèche area in Braunschweig in an amount that is affordable for all income groups. There would be free kindergarten places and low contribution rates in the area of ​​school childcare between zero and thirty euros per month. And the city of Braunschweig would have the financial scope to use the additional funds freed up for important quality improvements. "

"We can be excited"

Stefan Wirtz, press spokesman AFD, "The SPD parliamentary group in Braunschweig under the chairmanship of the member of the state parliament, Bratmann, is clearly not well informed. A few months ago, the reintroduction of daycare fees was inevitable, according to the red-red-green majority in the council. Originally conceived as a means of household renovation, the amount of fees and the use of the funds were adjusted after protests. Now the Weil-SPD is surprising in the Hanoverian state parliament with a proposal that could have come directly from the AfD program:

Councilor Christian Bley replies for the fraction P² in the city council of Braunschweig: "It is embarrassing to see how contrary representatives of one and the same party stand on the important issue of non-discriminatory education. Education, in whatever institution, must not be income-dependent! We therefore fundamentally welcome the idea of ​​no longer charging daycare fees nationwide.