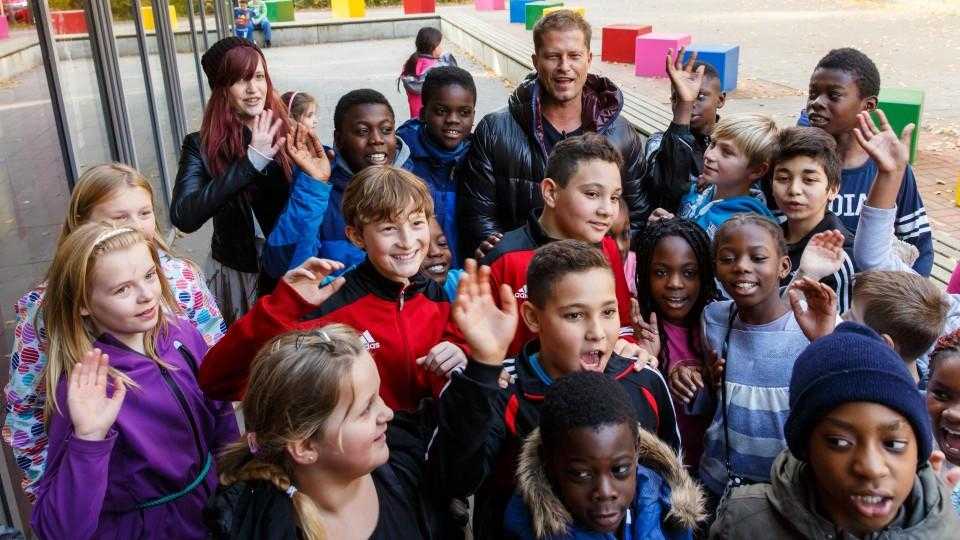 Together with the ‘Bethe Foundation

During his visit to the ARCHE in Hamburg-Jenfeld, he plays with Syrian refugee children and talks to their families. Actor and ‘RTL – Wir helfen Kindern’ godfather Til Schweiger knows no fears of contact when it comes to his heart matter: the integration of refugee children and other traumatised children. “I often imagine that these could be my children who are on the run”, Til Schweiger explains his commitment. “The aim of the ‘Til Schweiger Foundation’ and ‘RTL – Wir helfen Kindern’ is to help traumatised children. I make no distinction between the children who live here and refugee children – who are always traumatised because they have had a terrible escape from war and terror. We urgently need to do something for these children now”. 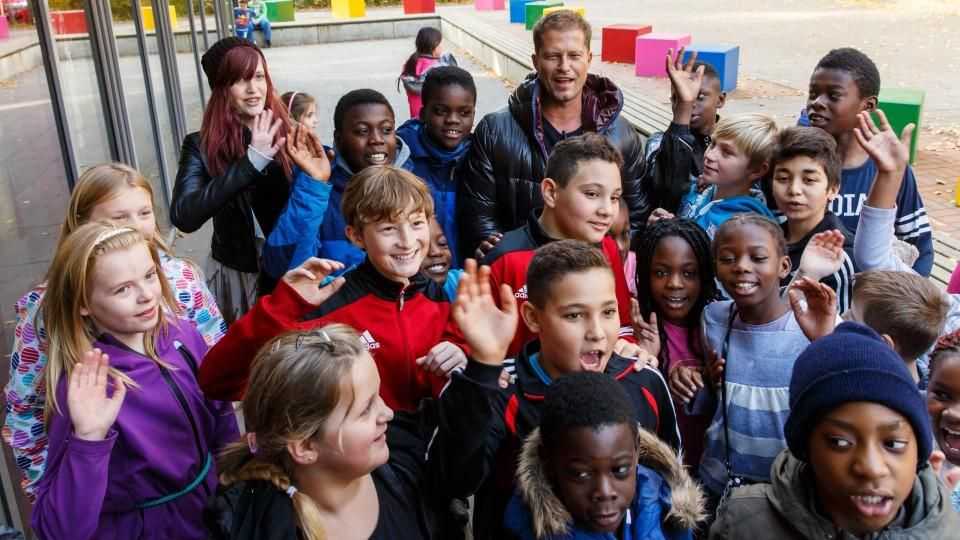 The wave of refugees presents Germany with enormous challenges. These people have experienced how family members die as a result of war and terror, how their living environment is destroyed and how their own country falls apart. They often come to Germany highly motivated, want to get involved and build a new future here. Many helping hands are needed to avoid conflicts and prevent parallel societies. Children and young people need to be given special attention. “Most refugees would like to go back, because of course everyone prefers to live in their home country. But as long as this war rages, for which we here in the West have a great share of responsibility, we must offer the people here security. And as long as these people cannot return to their homeland, we must help them to integrate”, says Til Schweiger.

The joint project of ‘RTL – Wir helfen Kindern’, Til Schweiger and the ARCHE focuses on trauma management for refugee children, education for them and general support for unaccompanied refugee children. “We are concentrating on these priorities, as they are often not taken into account in state aid for refugees,” explains Til Schweiger. The donations collected at the RTL Donation Marathon on 19 and 20 November 2015 are intended to expand the ARCHE’s existing commitment to refugee children. “The institution is important for German children, for German children with a migration background and now also for refugee children. The ARCHE gives them a piece of hope and help. But currently the possibilities are unfortunately limited. Therefore it would be great if many people donate now so that we can support the ARCHE. Please help and donate to the RTL Donation Marathon.”

The districts of Jenfeld and Billstedt in the east of Hamburg are considered to be so-called focal districts. Even before the current refugee crisis, many people lived here without prospects, and juvenile delinquency is high. Due to the influx of refugees, these districts are currently experiencing massive change. Between 6,000 and 7,000 people with escape experience have already arrived or are to be accommodated here in the coming months. The countries of origin are Syria, Afghanistan, Eritrea and the Eastern Balkans. A so-called first reception camp with non-winter-proof tents for approx. 700 people and several permanent shelters with over 800 people are already in operation. A total of 220 children and adolescents are among them. In January 2016 an additional accommodation for 700 people is to be opened.

In addition to language barriers, their flight and the serious events they have experienced in their home countries often bring with them traumas that have to be taken into account in their work. Emergency aid is partly underway, but concepts for the successful integration of these people are lacking.

The Arche in Hamburg-Jenfeld is now in its tenth year of operation and currently reaches over 1,200 children and young people and their families. Many of the children have a migration background. Since September 2015, an Arche team has been working in the first reception area “Jenfelder Moorpark”, a tent camp for refugees.

In terms of personnel and space, the Ark has reached its capacity. An office is urgently needed for consultations and as a workplace for another pedagogical employee. The Arche also supplies about 20 families with an escape background with clothing via its clothing store. Once a week it offers language lessons for parents from refugee families in its rooms. A volunteer retired teacher works here with 25 parents on their first language experiences. A member of the Arche staff organizes the transport from the refugee camp to the Arche on a voluntary basis.

There are no additional special language support offers for children and young people. The active parental work must be extended when the permanent accommodation “Grunewaldstr.” is added from January. Legal advice, help in dealing with authorities and much more must be urgently coordinated. A team of volunteers is to be set up and organised in this area. A new pedagogical employee with experience in the intercultural field is to be deployed in order to conceptually develop the growing tasks in this area.

Children from refugee shelters will also be given access to food, homework assistance, leisure and holiday facilities of the Arche. It is of great importance to bring the Jenfeld children, who have been living in the district for a long time, into contact with the refugee children and to reduce prejudices through playful offers. In the “Mutmacher” project, young people from refugee shelters are to build up a long-term, reliable relationship with the employees and thereby develop a school and professional future. Important building blocks for this include the voluntary job sponsor project, close cooperation with the Chamber of Crafts and Trades and the Chamber of Industry and Commerce, offers such as an annual learning camp or intensive coaching.

And also the Arche in Berlin-Friedrichshain, which is supported by “RTL – Wir helfen Kindern” and will be reopened next year in a new building, is receiving more and more influxes of refugee children. Here, too, the services urgently need to be adapted and further expanded.

The aim of the Til Schweiger Foundation is to improve the chances of disadvantaged children and young people of all origins and their participation in education and social integration. The Foundation is currently cooperating with Diakonie and the State of Lower Saxony in Osnabrück in the conversion of a former Bundeswehr hospital into an initial reception facility. Here, the Til Schweiger Foundation initiated the construction of a childcare facility. The positive experiences of the local educators as well as the experiences of former refugees show that the first weeks in a foreign country are the basis for a positive integration. The building will be erected as a separate building on a meadow next to a large playground. This will enable the children to leave the everyday life in the refugee shelter behind them for a few hours and to discover their own world. At the same time the parents get time for themselves, which can be used to process the experiences. The architects are already involved in the construction planning.

In addition, a music room and a fitness room are being planned in Osnabrück. In addition to the project in Osnabrück, the Til Schweiger Foundation supports the Arche and finances the establishment of a new Arche in Hamburg Billstedt, in addition to the programme with ‘RTL-Wir helfen Kindern’. In addition, the existence of the Villa Kunterbündnis in Güstrow has already been secured, teaching materials “German for Asylum Seekers” have been purchased on a large scale and teaching materials for former teachers who volunteer to teach refugees have been financed. Currently, the Til Schweiger Foundation has commissioned several tents for children’s programmes in six initial reception facilities.