Shake hands, who does not know the parlor game Rush Hour, in which one has to drive a car out of an annoying traffic jam with as few moves as possible? Of course, also from this logic game has appeared a board game app that is also appealing to children. Incidentally, the Rush Hour App was recommended to us by one of our readers whose children app recommendation we would like to quote here:

“I got to know the play by the occupational therapists at our school and also use it in learning support […] It serves the logic, the concentration and the seriality – I think clearly, a must have!” Thanks Thorsten! 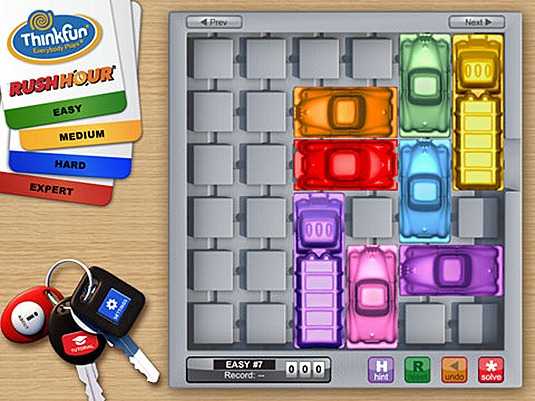 With board game apps, we like to take a look at the template in the toy trade, on the basis of which one can already guess that this game principle is ideal for an iPad and iPhone porting.

There are already several versions and even extensions of Rush Hour, including a special “Kids” variant. The board game has been awarded several times and is still one of the party game bestsellers. 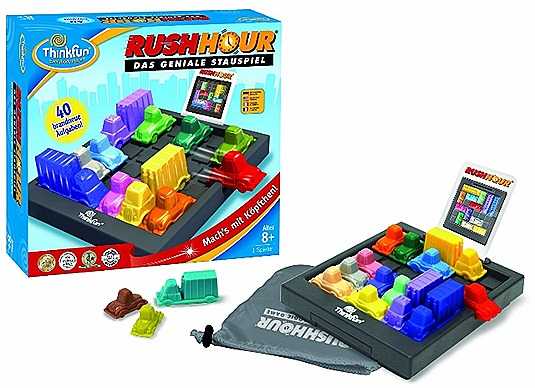 Once you’ve played the rush hour app, the usual board game sometimes seems a little tedious, as you have to build up the pitch before the game starts with a task card, in the case of rush hour, this means wedging your red car into numerous other cars and trucks. 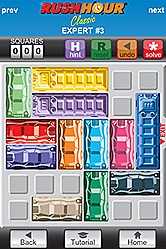 As stated at the beginning it will be your task to clear a way out of the traffic jam, whereby also all other cars may be moved.

Both in the board game and in the children‘s app, the tasks are divided into different levels of difficulty, which avoids frustration in younger children and beginners easier to get started.

If you feel like it, here is the overview of all Rush Hour games on Amazon.

The Rush Hour App has been equipped with incredible 2500 tasks, as can the board game variant with 40 missions not keep up. In addition, of course, the structure is eliminated, an advantage that all board games have apps for children. What we love even more about this kids app genre is the fact that nothing is ever lost, you can certainly sing a bit of lousy board game material as well. 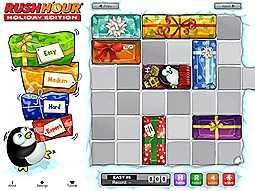 Speaking of sifting through the rush hour apps, we’d also like to point out the special Christmas edition featuring the cute penguin who’s supposed to deliver the presents for Santa to a sled, but got stuck in a jam. The gameplay is completely identical, just transferred to the Christmas or winter setting.

Both rush hour apps have already hooked us up to the iPhone and iPad, as our tip-giver has already emphasized, it’s an excellent logic game for kids and adults.

The game developer recommends rush hour for adults and children over 8+ years.