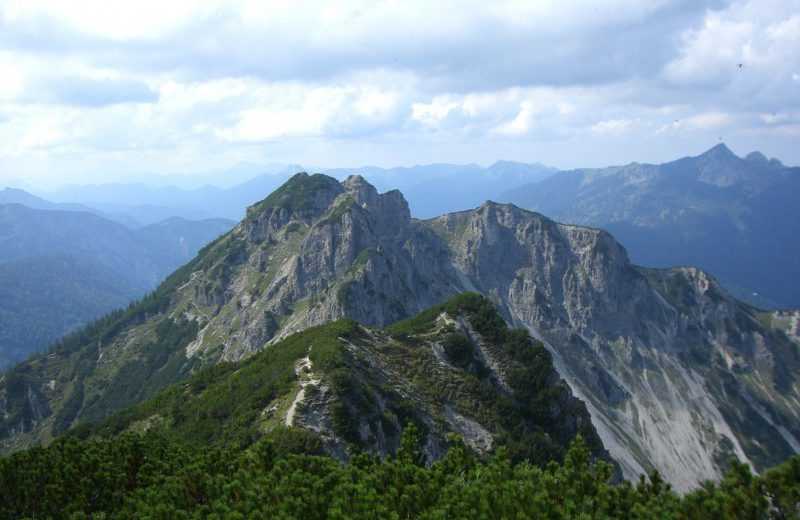 The mountain tour on the Schinder – a hike that will be remembered! 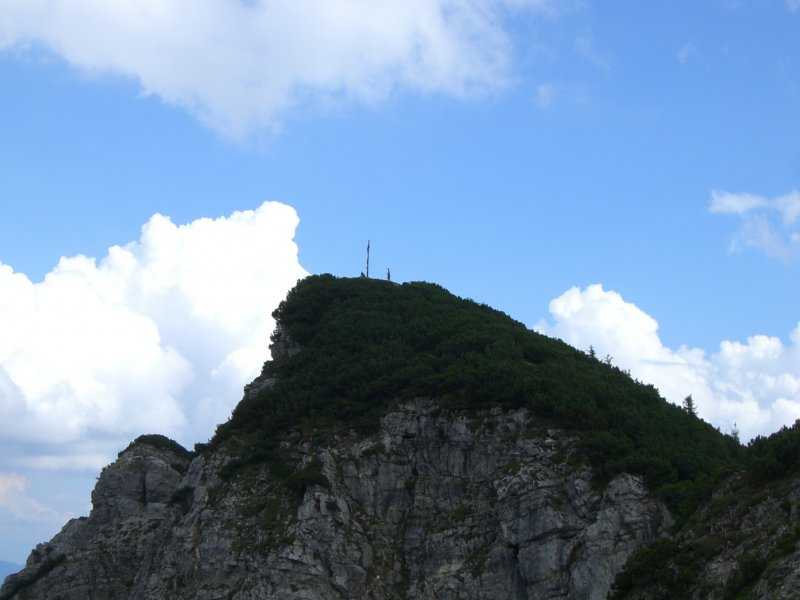 Schinder – the peak from below

Basically, there are two Schinder peaks, right next to each other. The Bavarian Schinder with 1,796 meters altitude and the Tyrolean Schinder on the Austrian side, actually Trausnitzberg means and is the summit goal of this circular walk.
It goes over the Trausnitzalm on a summit offers the magnificent view “on 1000 peaks” and down through the Schindertor with spectacular scree surf deposit over the Schinderkar.
Attention: For this tour you definitely need real mountain boots, sure-footedness and a little head for heights.

The ascent to the Schinder over the Trausnitzalm

Schinder- small waterfall under the Brennereck

Starting point is the Wanderparkplatz am Forsthaus Valepp. (Alternatively you can park your car 500 meters before at the Johannisbrücke). From the parking lot it is only a few minutes on the driveway back towards Brennerklamm. At the Johannisbrücke bridge, head south over the stream and up the track, following the signs to “Schinder”.

The path meanders southwards under the Brennereck. Once it’s a short walk over a rocky stream where it is worth clinging to the wire, because it is really slippery.

Schinder- view down to the Trausnitzalm

Steeper it goes south of Brenne Reck, among other things by a Bachgraben (Enzengraben) across the border to Tyrol over.
After a short stretch you follow a forestry road to the right and then on a wooded ridge over a steep glade up to the Trausnitzalm. Here you arrive after about 1.5 hours of running time and has done well 600 meters in altitude. On the Trausnitzalm you can then take a little break, drink a cup of buttermilk and enjoy the view of the Rotwand and Mangfallgebirge mountains.

After the Trausnitzalm, cross the wide alpine hollow to the left towards the southwest.
From the two paths that one encounters, follow the one on the right that bends to the left above a stream ditch.
From now on it goes in a wide arc further and further up the eastern ridge into dense mountain pine bushes.
From the ridge finally becomes a steep ridge that pulls over the eastern ridge of the Trausnitzberg further up to the summit. Here is when walking a little more concentration so otherwise required, which is not always easy for the hiker, because you see from here so beautiful to Guffert over.

After just under 3 hours but then you arrived at the summit of the Austrian Schinders at 1,808 meters.

The view on the Schinder

Some hiking books say that one of the Schinder “1000 peaks”
able to see. It is not quite a lie, because the Schinder has a lot to offer in terms of summit show.

Schinder – The view from the Schinder

Located south of the Spitzingsee you can see from the Schinder east to the train of the rear Sonnwendjoch, northeast to the Rotwand, northwest into the Tegernsee mountains and in the south are a Guffert and the Brandenberg Alps with the Rofan “at your feet” and west the Blauberge.

Even more exciting than the climb!

From the summit head west down the south flank of the Schinders towards Schindertor. Only a bit over the ridge through mountain pine bushes. In the middle of the pines, it goes unbelievably wise left down a small secured with wire rope trail down to a huge steep gully.

Schinder – entrance to the Schindertor

Sounds worse now than it actually is, but here for the first time really sure-footedness is required.
By the way, one should not be fooled by this branch and go on straight ahead, even if there is a clear trail.

Once you have descended this little rocky ravine, you come back to a hiking trail that turns to the west (right) and into the saddle of the Schinderkars leads into it.
If you want you can do a little detour to the Bavarian Schinder. Again by lumber thicket it goes in about 20 minutes up to the summit which also offers an incredibly beautiful summit show.

Schinder – Go right through the gate

from Saddle of the Schinderkar But it goes a bit pretty racy steeply down to the Schindertor. With good footwear and sure-footedness, it’s really fun to climb the “big black hole” of the Schinder Gate and climb through it. (See photo)

In the spring, when there is still a lot of snow, it can only be that the whole hole is still filled with snow. In this case, you have to climb left around the Schindertor over the rocks.

Schinder-Kar surfing over the scree

After the Schinderor one has the whole Kar of the Schinder in front of us. Reason would now demand the footprint to continue to follow and follow the “imaginary” trail. But it is more exciting to surf down the huge gravel boiler. So just with the mountain boots, weight shifted on the heels to slide down. Makes fun and compensates for the drag in hot temperatures. (see photo).

Once at the bottom, follow the path along the Hirsch pool Direction Schlagalm. About meadows and pastures, it goes back to the driveway on the it through the impressive Brenner gorge back to Forthaus Valepp.

Below a video from Youtube which gives a few impressions of the hiking tour.

Stages of the hike on the Schinder

Map hike on the Schinder