Education and school in the 19th century 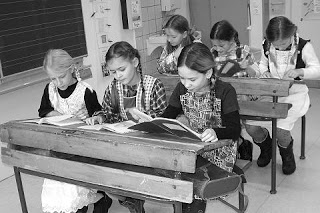 We warmly welcome you to our blog about education and school in the 19th century.

Education has always been part of life. For example, school education was not an issue in prehistoric times, but mankind already knew education there. Those who had more knowledge found it easier to get through life and this has not changed to this day.

How it all started

It all started in Zurich on November 22, 1830. This Monday, over 1,000 rural residents from all over the canton gathered in Uster to demand the economic and political equality of the rural population. The liberals, along with the rural industrial and peasant population, overthrew the urban-patrician regime. Immediately after a new liberal cantonal constitution was adopted in March 1831, a comprehensive elementary school reform was initiated. Behind the government’s hectic legislative process was an educational landslide with long-term consequences that can hardly be overestimated.

With the school reform, the Grand Council created a school that was to become groundbreaking for all of Europe. Boys and girls should receive the same elementary education in the future. The basis was the six-year primary school, which all children from 6 to 12 years of age had to attend. The number of weekly school hours was 27 in winter and 23 in summer. This was followed by the three-year repeating school for the 12-15 year olds. At this school level, weekly lessons were set at six hours in winter and three hours in summer. The elementary school received a curriculum and uniform, compulsory teaching aids. Conflicts arose primarily because of the compulsory school attendance. The majority of the population did not want to know about a school that made children responsible.

Primarily, children in rural society were considered workers. The expansion of state schools led to collapses in the mechanical textile industry. The economic misery of the parents forced the workers’ children to do regular factory work early on. Thus the community school nurses began to implement new laws and regulations. But this turned out to be a rather difficult situation the one They had to implement new laws and regulations and ensure that all children went to school. On the other hand, members of school care were interested in the factory service of their own children. But it wasn’t just the parents of the factory children that caused difficulties for the authorities. The entrepreneurs themselves were also extremely interested in the young and cheap labor force. The factory work of children had already been criticized in educational and reformist circles at the beginning of the 19th century – in contrast to child labor on farms or in the home industry. Finally, complaints from nonprofit circles and school authorities about the work in the factory caused minimal protection. Everyday students were prohibited from working in factories. On the other hand, there was no ban on work for the pupils of the repeating schools.

But also the implementation the new Factory regulation suffered from the strong opposition of the liberal bourgeoisie. The enforcement of the School Act of 1832 and the Ordinance of 1837 was delegated to various authorities. Many of these authorities were directly or indirectly influenced by the powerful local manufacturers. The compulsory elementary school, which had been designed by the liberal educated middle class, was aimed at the new, financially well-off upper classes. For them, a secular and practical education of their children was very important. The rural population, on the other hand, saw this in a somewhat different way. Reading, writing and counting were not considered to be desirable skills because they could not be converted into cash.

The Zurich elementary school was with the Elementary school law of 1832 transformed into a modern school system that is detached from the church. But it took decades for regular school attendance to prevail. Until the 20th century, occupational health and safety legislation took on the role of pacemaker for the expansion of compulsory schooling. In 1877, the federal factory law prohibited factory work for children before the age of 15. In 1899, however, compulsory schooling was increased from six to eight years. But especially in the country, the expansion of compulsory education remained controversial until the 20th century.

Obedience, diligence, order and cleanliness were virtues which the children should above all be taught in school. With sometimes severe punishments, such as blows to the tail and stick, hand paws, or kneeling on a log, the teachers tried their ideas of discipline

enforce.
Correct and, above all, quiet sitting was seen as a basic requirement for external and internal discipline.
The school visit logs repeatedly point out that teachers are more concerned with this "right one" Sitting students should pay attention. So it says in November 1886: 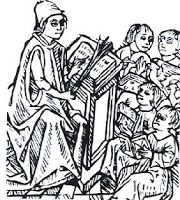 A government resolution from the same year also deals with this topic: When writing healthily for children, please note the following: The feet of the pupils must rest with their entire soles on the floor or foot board. The shoulders must be in the same direction as the table edge. The right shoulder must not be higher or lower than the left and so on.

In the 19th century, good upbringing mainly meant strict upbringing. The students had to obey at every turn, had to obey orders "quick, safe and noiseless" To run. They were brought up to move and work according to the beat. Another main goal of school education was cleanliness and cleanliness. It was especially necessary for the rural residents of the Upper Palatinate. Many families loathed proper care for the physical cleanliness of their children.

In addition to being educated as a believing Christian and obedient subjects, the children should be taught the most necessary basic knowledge such as reading, arithmetic and writing. There were usually over 60 students in one class in the classrooms. The way to school also took a little longer than we are used to because it often took over an hour.

We hope that you now know a little more about what school and education looked like in the 19th century.