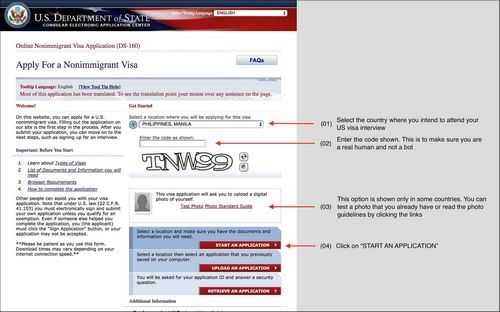 Shutdown in the US – consequences for visa applicants

The Government Shutdown in the USA has ended for the time being. In the following, however, we would like to describe to you which US authorities and application procedures are affected during a shutdown and what effects this will have on visa applicants.

What is meant by a shutdown?

A government shutdown occurs whenever the budget law, the legal basis for the approval of budgetary funds, expires. As a result, the public administration or parts of the state apparatus are at a standstill. In a budget blockade, public government agencies in the US will no longer receive money.

The US authorities are therefore largely ceasing to carry out their duties and only performing the tasks considered essential. The regular work can only be resumed when both parties (Democrats / Republicans) adopt a new budget law.

Last budget dispute in the US

Since the US Senate, US House of Representatives and US President Trump could not agree in time on a new budget law, there was since December 22, a budget emergency in the US. By the end of Donald Trump’s second year in office, government affairs had been paralyzed for the third time during his term of office.

On Friday, January 25, 2018, President Trump announced a temporary suspension of the Government Shutdown, ending the longest household lock in US history after nearly 35 days.

Reason for the shutdown was and is the dispute over the financing of the wall on the border with Mexico. The Democrats rejected the draft budget, which earmarked more than five billion dollars for the construction of a border wall to Mexico.

On January 3, the majority in the US House of Representatives changed in favor of the Democrats. With their majority, they have passed a budget bill which, instead of a border wall, provides for more money for the border guard. But the White House did not approve of this bill as US President Trump insists on building the wall.

US President Donald Trump signed on 25.01. A budget law in which he approved interim financing for US closed ministries, putting an end to the administrative deadlock for the time being. However, the commitment only until 15 February.

On 15 February, US President Donald Trump proclaimed the National Emergency (Executive Action) with the aim of enforcing the construction of the Wall against Parliament. However, the declaration of state of emergency became increasingly political and legal resistance. In addition, Trump signed on 15.02.2019 the budget law to prevent a new shutdown.

Delays in US visa applications

As noted, during a budget freeze, many US government agencies are not completely closed, but at least limited service is provided in the central areas, particularly in authorities responsible for the national security of the country. Below you will find an overview of which US authorities and application procedures are generally affected by a shutdown and what effects may be expected for visa applicants and US travelers.

Travelers heading for the USA and / or visa applicants can first breathe deeply. Since most of the US authorities responsible for the visa application process are not funded by public funds (rather "fee-based") and / or national security (eg border controls), these devices do not stand still during a shutdown.

Impact on the US consulates

The shutdown has no direct impact on the US diplomatic missions in Germany, which are subordinate to the US Department of State Department of State (DOS). The visa departments in US consulates around the world usually remain open and interview appointments can be regularly performed. Visa applications are processed further, d. H. US visas are still issued. Also, services for consular US citizens will continue to be offered (eg US passport issuance).

Nonetheless, the longer it lasts, the indirect effect of the budget dispute is indirect, for example through longer processing times.

Impact on the US Immigration Service USCIS

The same applies to petitions submitted to the US Immigration Service USCIS. USCIS will continue to provide all services related to visa and immigration applications and work permit applications during a budget freeze. All USCIS Application Support Centers and other USCIS offices are also usually open. For example, H-1B and L-1 applications (= work visas) will continue to be processed and interview appointments within the framework of GreenCard procedures will take place regularly.

Delays in processing can not be ruled out here either.

The US authorities are required to minimize staffing to minimize administrative costs during the shutdown.

That’s why applicants should shut down for longer processing times, especially in the consular application process. This means that issuing visas at US consulates around the world, as well as processing enrolled application documents, may take longer than usual. The availability of interview appointments in the consular offices may also be limited due to the minimized number of staff.

Visa categories and programs that "stand still" or impaired

The following areas are directly affected by a government shutdown and are not processed during this time:

The work visas H-1B, H-2B and Immigrant Visas (GreenCard) are indirectly affected by the job (I-140, PERM). These categories set certain steps with U.S. Pat. Department of Labor (DOL) ahead. Currently, laboratory condition application and laboratory certification applications continue to be handled regularly, according to statements by the DOL. However, a longer-lasting shutdown increases the risk that significant delays may occur and prevent USCIS from submitting these categories.

The budget freeze also affects the availability of global entry dates. The restrictions affect both Global Entry first time applicants and persons wishing to re-register at the end of their Global Entry membership.

It is reported that Global Entry interview appointments will be canceled with representatives of the US Customs and Border Protection (CBP). In addition, Global Entry Enrollment Center is temporarily closed. Affected applicants should be informed by e-mail.

The announcement from the Enrollment Center answerphone at the Chicago O’Hare International Airport Illinois was as follows:

"Due to the federal government shutdown, all Global Entry enrollment activities are currently suspended."

Whether the basic processing of Global Entry applications is suspended during an administrative shutdown is not officially known, but likely.

The visa-free travel on the Visa Waiver Pogram with ESTA (online procedure) is not affected by a US budget dispute. ESTA applications can always be placed online.

Border controls are carried out regularly

US border officials of U.S. Customs and Border Protection, CBP for short, are also in use during a shutdown, i. H. the borders remain open and border controls take place regularly.
However, passengers at the American airports should be prepared for longer waiting times. According to the US Transportation Safety Authority (TSA), many employees did not come to work because of the household lock-up, which may allow bottlenecks in entry clearance.

Delays in the Social Security Number