Since I assume that this blog is not usually read by fridays for future hippies, I have decided to offer the diesel, which is unpopular in these circles. Not because I want to annoy anyone or because I want to destroy the environment. I am only of the opinion that the diesel is still a great engine. Good efficiency, low fuel consumption and, contrary to many claims, not a killer of old and young people living on a major road. But we do not want to get political, so we come to the content of the article. I will present various vehicles in different price ranges and, as usual, go into the purchase and running costs, as well as things to look out for when making a purchase. The selection of the vehicles is based on my experience and opinion. The goal is not only that the cars are small and economical, but also that they cause little trouble and are therefore reliable. If I do everything right, is in the end for every type and wallet to 15.000€ at least one vehicle with it.

Specifically, I am talking about a 1.9 TDI with 101 hp. This engine is known for its unwavering durability. just like economy, it is on the have side. Just 5.4 liters run through the small polo on 100km. And on average in real life. However, you can also reduce this cut relatively easily to a little over 4 liters. Unfortunately, the owner has to accept a rough running culture and a pronounced turbo lag.

Let’s go to the purchase. First of all, a model without DPF is recommended. No, even now I do not want to harm the environment. The DPF’s of the first generation make however often annoyance, which can become then also very fast expensive. Since there is the model but also without DPF with the green badge, one should keep here the eyes rather open after it. Furthermore, the clutch including the DMF is probably the only weak point in the driveline. Here during the test drive on picking and slipping as well as on the clutch travel pay attention. This can be checked very well, if you give full throttle at low revs in a high gear. At the latest when the turbocharger provides the maximum torque, a possible weakness of the clutch is noticeable. Brakes and electrical system should also be checked. But that goes without saying and is obligatory for every car.

Newer, more expensive, but less power than the polo. But that doesn’t matter, because the 1.6 tdci of the fiesta runs a little smoother than the pump jet unit of the VW. The 95 hp and 205 nm of torque are also enough to get from A to B at a reasonable speed. In addition, the average consumption under real conditions with not quite 5l/100km is again lower than that of the polo.

When buying one does not have too much to do. The fiesta is very inconspicuous and durable. The headlights cause trouble with some vehicles due to incorrect setting or non-functioning dipped beam lights. You should also pay attention to the brake pedal travel. Here it is noticeable that this is increased with some vehicles. But a simple bleeding fixes the problem, which is also relatively inexpensive. Also the gearbox deserves a moment of attention. The gears should go in defined and without force, in neutral without depressed clutch, the car should not rattle or buzz. Also, watch out for vibrations in the steering while driving. But that’s it. The rest is the usual, what should be done on every car. 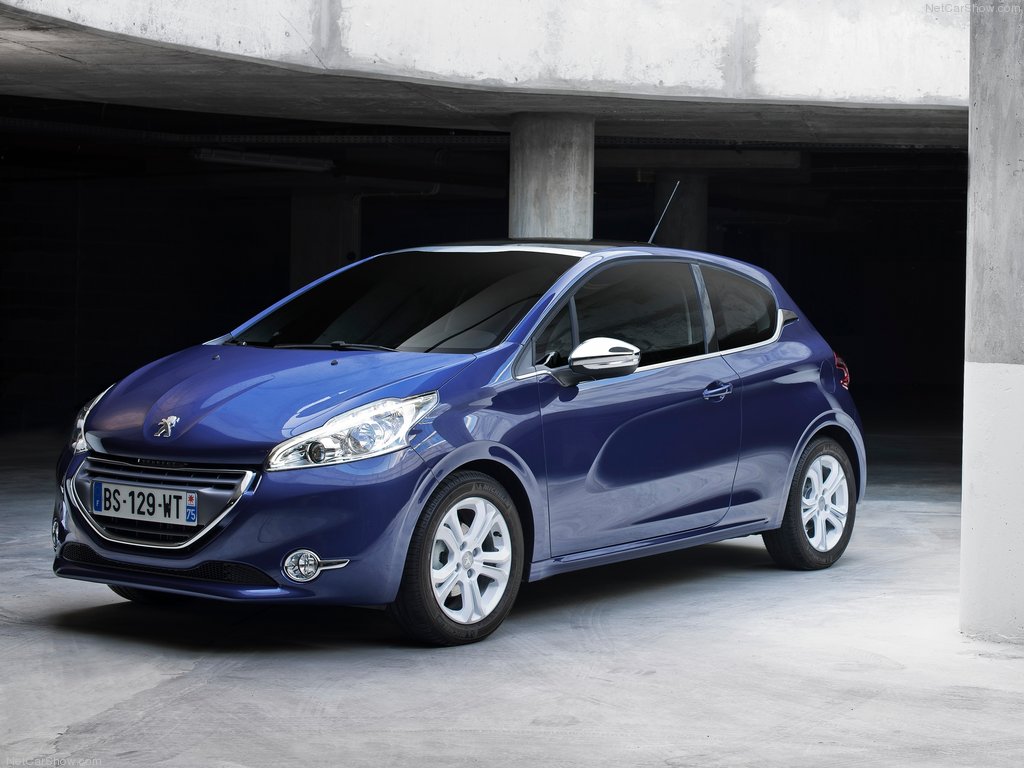 The peugeot is a car that I personally like very much. From my time as a promoter for peugeot I could do some kilometers with different cars and engines and the 208 was one of the most fun cars to drive. You don’t need a sport chassis or a lot of power. The little one can be driven beautifully over the country road. What you have to like is the small steering wheel. But I’m getting lost again. Recommended engine: 1.6 hdi with 100 or 120 hp. Very smooth and refined, as you know it from PSA diesels. At 300 nm, you are also traveling very fast. The fuel consumption under real conditions is about on par with the fiesta. 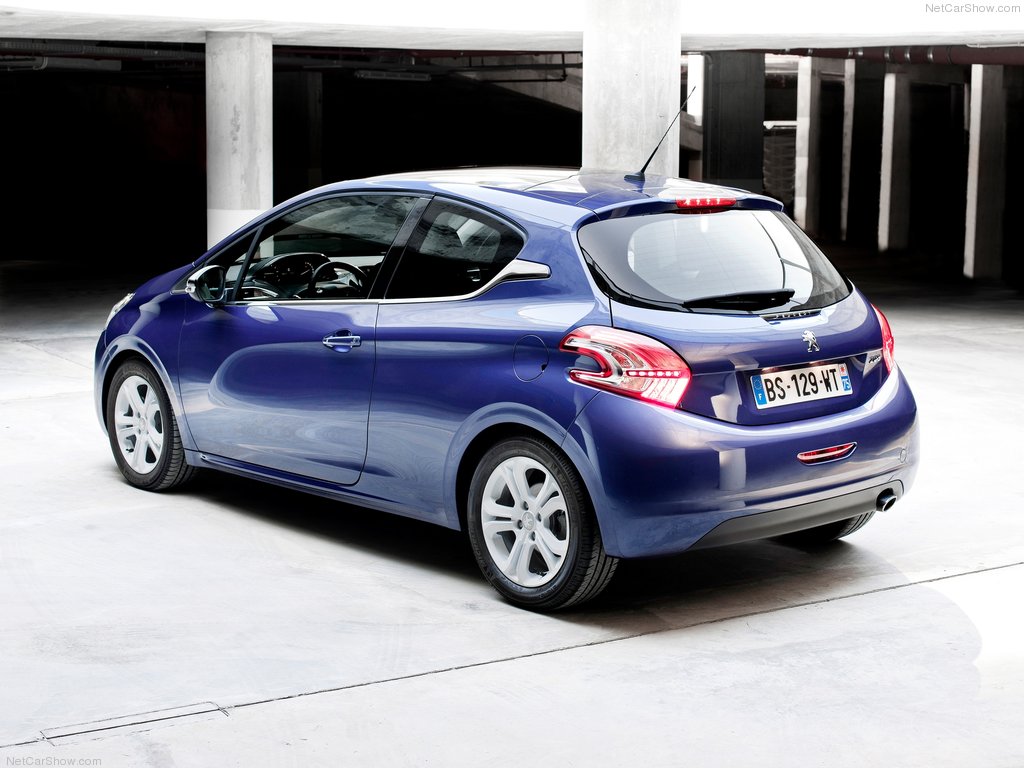 Prices start at about 8.000€. Most models have low mileage and are well maintained and well equipped. Cruise control is standard, the multifunction display as well. The car tax is with 13€ on a laughably low level for diesel, which is caused by the EURO6 norm. But the insurance with 17|19|18 (HP|TK|VK) is a bit higher than for the two cars mentioned above.

Another positive point is that the peugeot makes little trouble. The clutch deserves a critical look, as do the brakes. Also, the exhaust systems tend to rust, so it’s well worth taking a look under the car. Then the oil should still be checked as the diesels tend to dilute the oil now and then. Otherwise there are no problems. 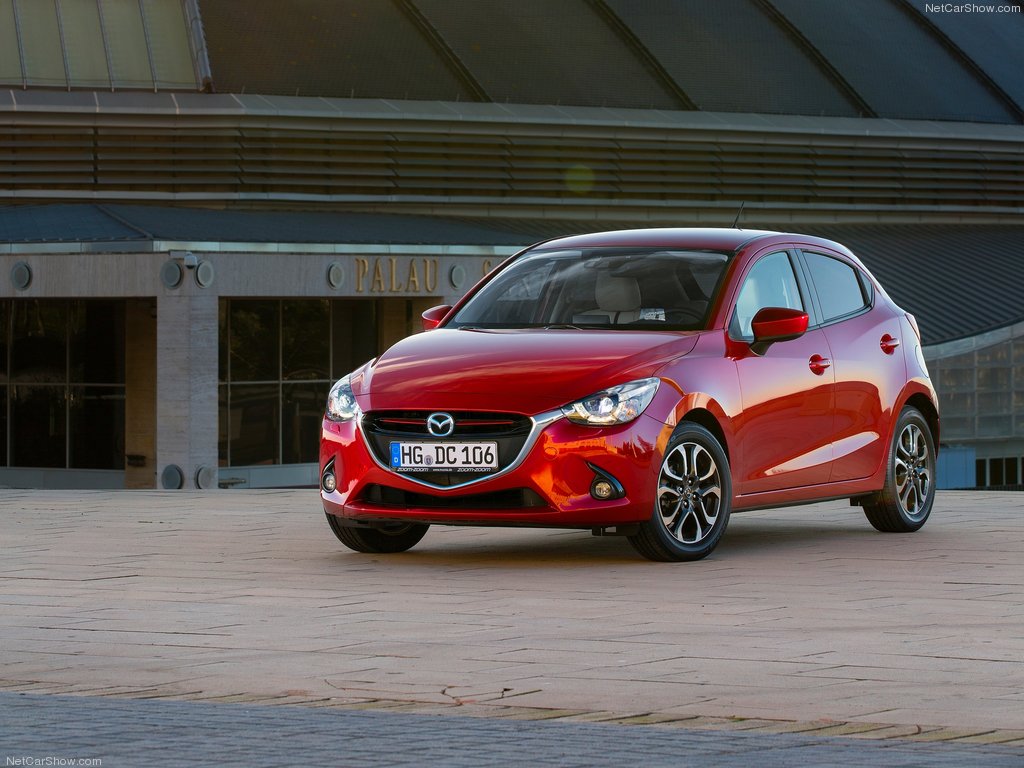 Japanese cars have always stood for durable and good technology. if it is packed as nicely as the mazda models, the purchase is worth considering. The mazda 2 has a 1.5 liter diesel that delivers 105 hp and 220 nm of torque. It also gets the mazda from A to B quite quickly. The light-footed nature and the short shifting distances support this feeling even more. With about 4.5 liters of consumption, it is the new leader in the consumption ranking. by the way, i never thought that this would be a serious topic on this blog. 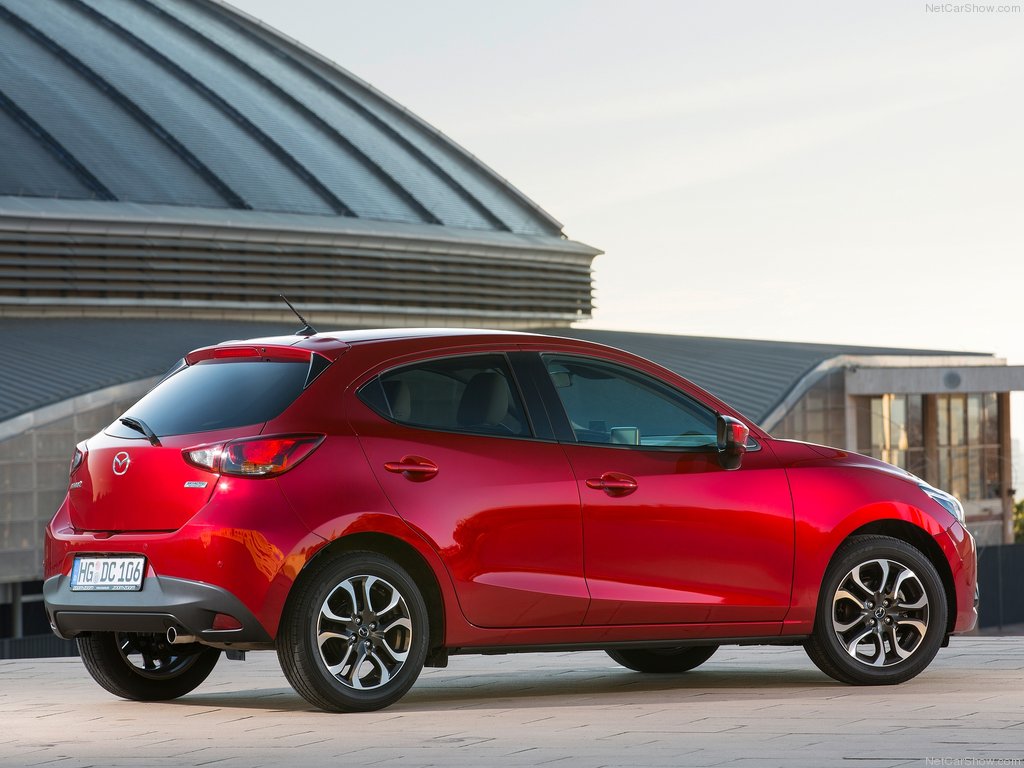 Back to the topic. With 12€ the tax is 1€ above that of the peugeot. No break, because after 200 km drive a month, this amount is already back in it. In terms of insurance, the mazda is with 16|23|19 (HP|TK|VK) again slightly higher than the peugeot. If one insures however fully comprehensive, the difference is not large. Starting price is a little under 9.000€. Few miles and good equipment, however, cost over 10.000€. 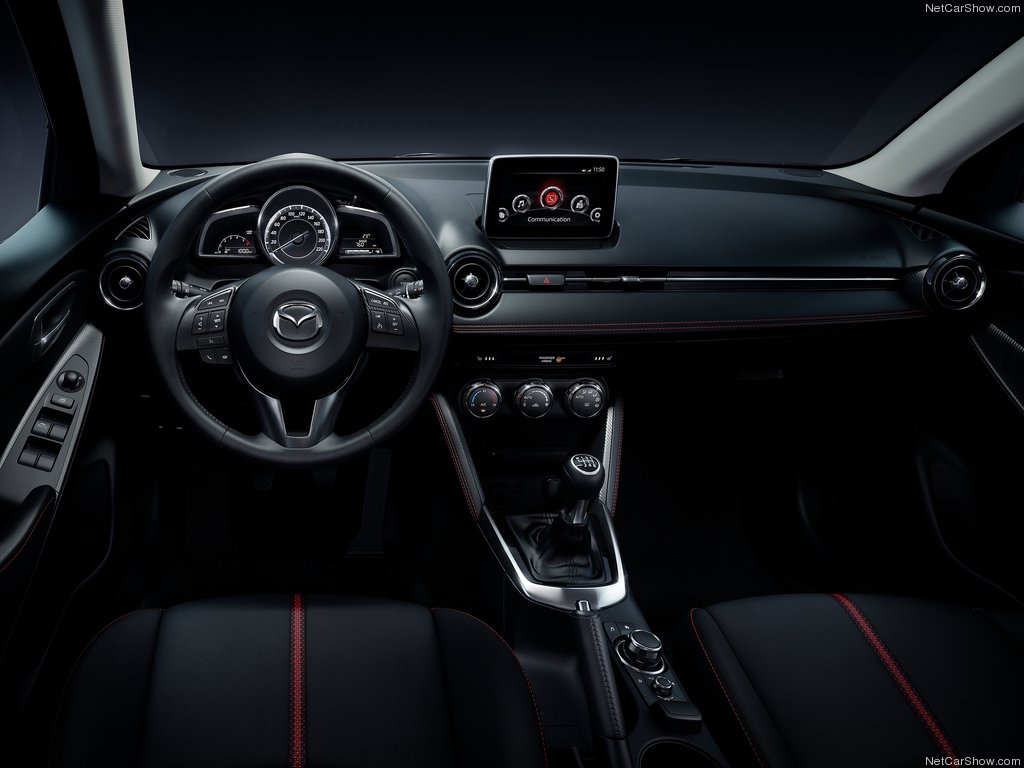 When buying is really little to pay attention. Actually, only one thing is critical: the chassis. on the mazda 2, the shock absorbers tend to leak, the axle suspension is also a bit of a concern. Beyond that, however, there is nothing that is generally considered problematic. 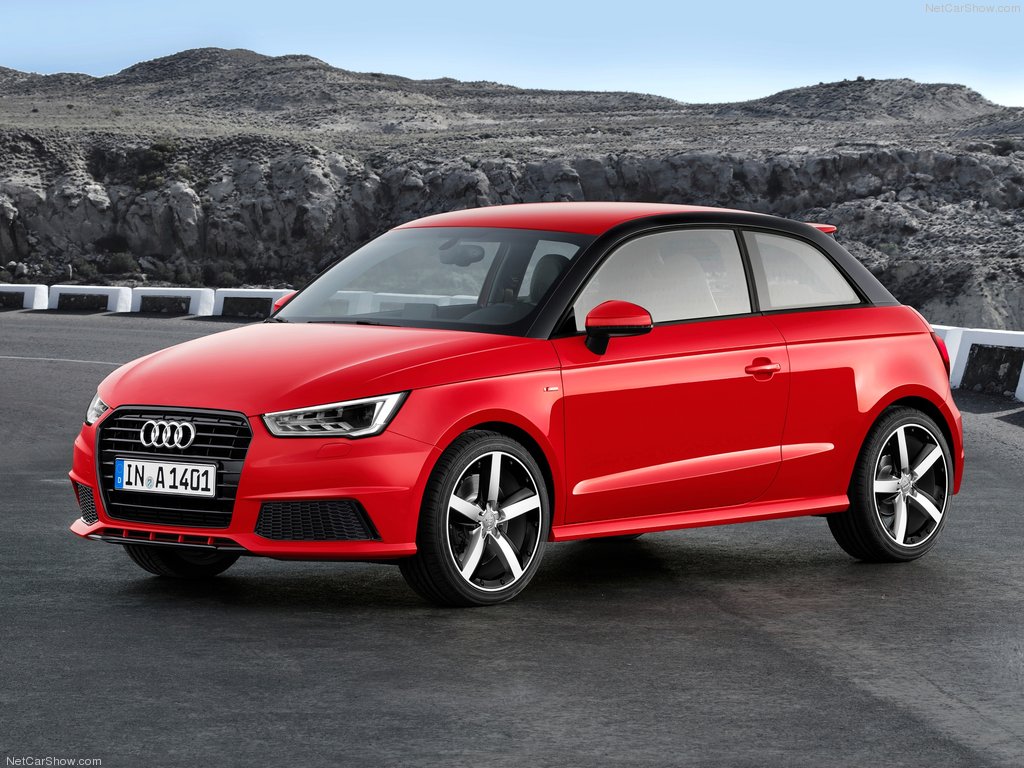 Last but not least, let’s take another look at the top shelf of the premium manufacturers and take a look at the audi A1. We are not yet talking about the brand new model, but the predecessor with the model designation "8X". The 1.6 TDI with 116 hp and 250 nm drives well, if a bit synthetic. The optional S-line package with the corresponding suspension ensures good roadholding. At the same time, however, the audi also mutates into a juggernaut when the road is a little more uneven. This consumes about 5.3 liters per 100 km. Not the most economical among our candidates therefore. 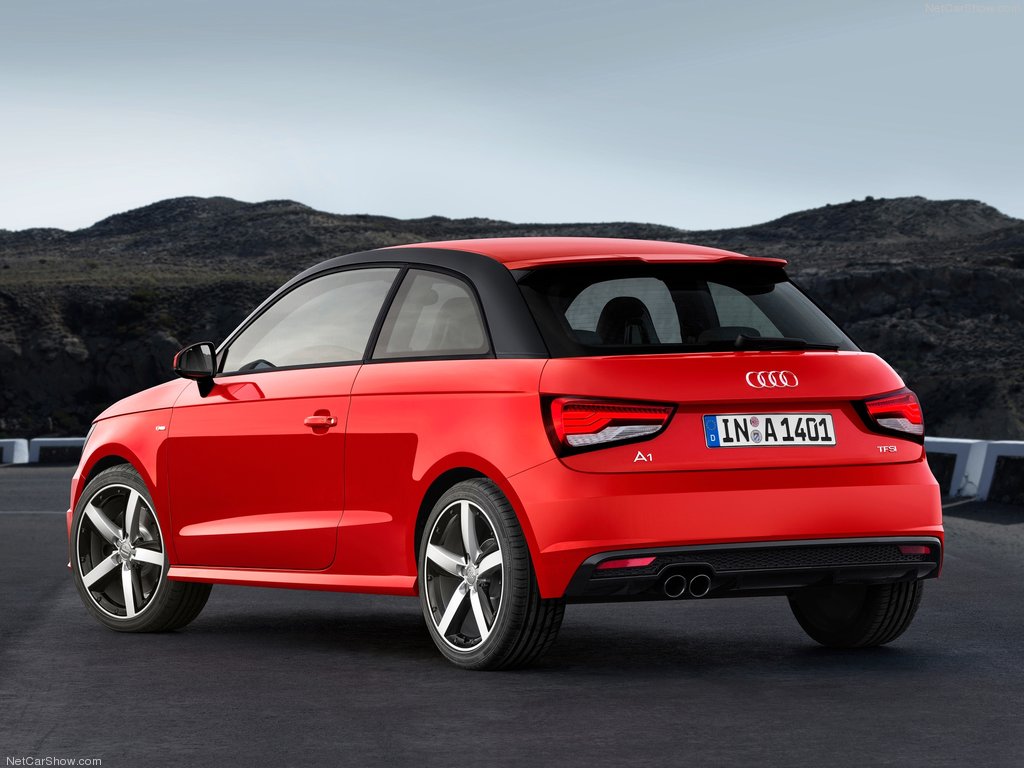 with 13€ tax you have to pay 1€ more than with the mazda. The insurance is with 17|18|17 (HP|TK|VK) but still below that of the peugeot. Audi A1 1.6 TDI are already available for under 10.000€ to have. but if you buy an audi, it should have a little bit of equipment, otherwise the idea is kinda missed. And for about 15.000€ you can already find quite a few sweethearts. 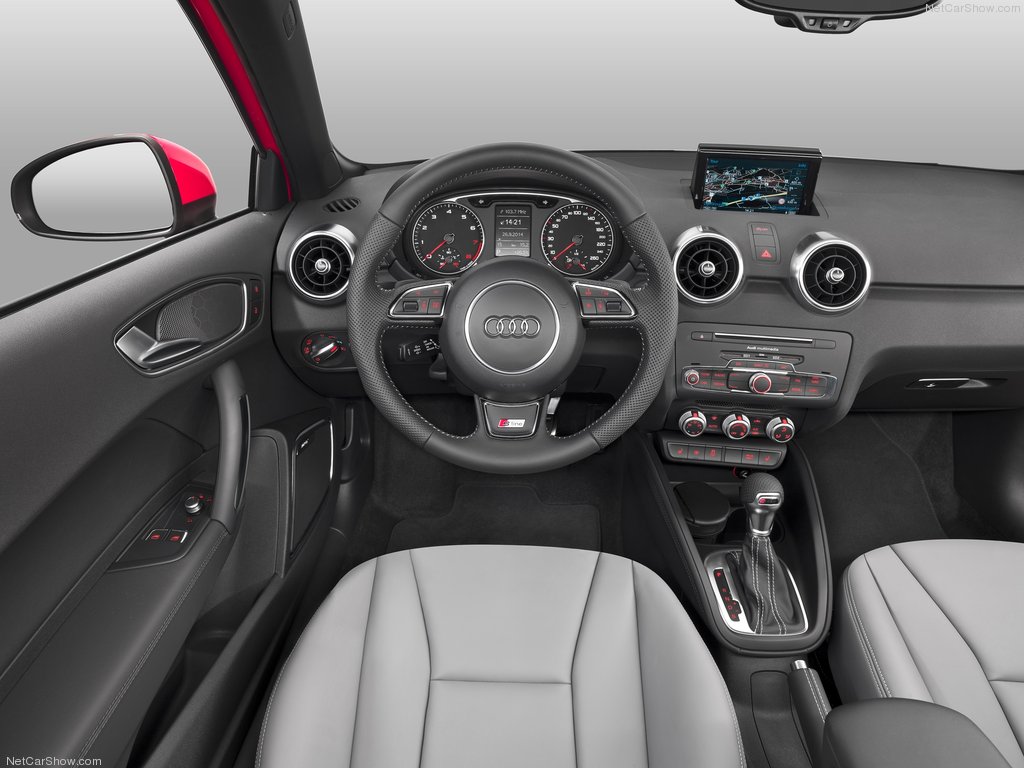 It becomes pleasant, if one comes to the topic purchase advice. The audi has been awarded by the TuV as the best small car. For this reason there are, at least with our diesel no problems that are considered typical for the model. So just look everywhere times on it, a critical review of a particular component is not necessary.

If you have any questions about this topic, article requests or or or…just write me an email or comment under this post.