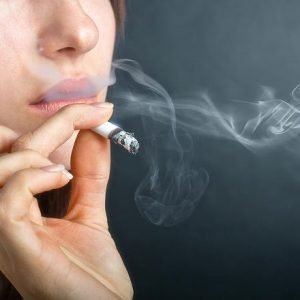 According to experts, children of smokers are more likely to suffer from bronchitis or asthma even if their parents do not smoke in the home. "Anyone who smokes on the balcony or in front of the front door then drags smoke into their apartment in their hair and clothing," explains Christiane Lex from the University Medical Center Göttingen (UMG).

The lung specialist stated: "And if children come into contact with it, it can make them ill." Lex, who directs the focus on pediatric pulmonology at the UMG, is organizing the central event of the 20th German Lung Day this year. The focus is on prevention on September 16 in Göttingen. The lung day is supported by scientific societies of pulmonary medicine and patient organizations.

Most smoking parents are now aware that the smoke is dangerous for their children, says Lex. "This means that people smoke less and less in apartments." In the pediatricians’ consultation hours, many parents reported that they "only" on the balcony or in front smoking the door.

"They think that there is no longer any danger to their children," said Lex. However, that is wrong. "Even if parents only smoke outside, their children have asthma or bronchitis much more often than children of non-smokers," said the lung specialist.

Smoke particles easily get into the apartment

Although there are no studies on how great the risk for children from "outside smokers" is, says the pneumologist Tobias Raupach from Göttingen University Medicine. However, cigarette smoke contains such a high concentration of fine dust particles "that exposure to small amounts can also have an impact on the organism".

"Anyone who smokes outside carries nicotine and carcinogenic substances, respirable particles and other toxic substances into the home," explains Katrin Schaller from the German Cancer Research Center (DKFZ) in Heidelberg. Tobacco smoke contains more than 4000 chemicals, at least 200 of which are harmful to humans.

According to the DKFZ, not only get out of your hair and the Kle /> colourbox.com

Babies in particular absorb the pollutants

The pediatrician Gesine Hansen from the Hannover Medical School (MHH) also explains: "Smoking is a major risk factor for lung diseases in children, even in smokers’ households where people only smoke outdoors." There is, for example, increased nicotine in the homes of such households -Values ​​in house dust, says the medical director of the MHH Center for Pediatrics and Adolescent Medicine.

Babies and toddlers are primarily affected by the introduced smoke, says cancer researcher Schaller. "You take her in your arms." There is also danger because small children put everything in your mouth and suck. According to Schaller’s words, relatively little is known about the long-term effects of this pollutant intake.

Basically, according to the Federal Center for Health Education, children are particularly sensitive to the toxins contained in tobacco smoke because their organs are still developing. The lungs, for example, can quickly be significantly damaged. Schaller therefore advises: "If you smoke outside, then on best with a jacket and hat that you take off afterwards so that no smoke gets into clothing and hair. ”

MHH pediatrician Hansen is even more decisive. She advises parents to “avoid smoking altogether so as not to cause lasting harm to their children”. Because, says the Göttingen pneumologist Raupach: "Since there is no threshold for the effect of passive smoke on the organism, below which there would be no danger, any exposure is associated with a danger."