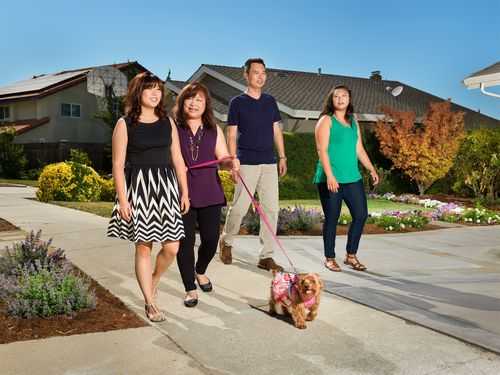 Readers of the parent online training blog are likely to have received this message positively: parenting will count more for retirement in the future! On 1 July, the planned pension package of the Federal Government came into force. Part of the Großtprojekts is the mother’s pension. It means more money for those women with pre-1992 children who receive the pension. But even mothers who have not worked long enough and have not been entitled to their own pension can benefit from the reform. You can find out here how you apply for the maternity pension – by the way, as a father too.

Mother’s pension – a question of esteem

All readers of this blog have either already learned which tasks and responsibilities go hand in hand with motherhood and fatherhood or will make the experience soon. Despite the invaluable value of the work done by mothers and fathers, their appreciation seems to be neglected in public space. The low esteem that women and men educating children often get is not only reflected in the fact that the work of a mother or father can not secure a livelihood. This is accompanied by a contempt on the part of society, which appreciates wage labor to a greater extent than the work of a mother or father, whose contribution to social life can hardly be overestimated.

It is therefore unquestionably welcome that the maternity pension now begins to work up this injustice at least financially. A first step in the right direction has already been taken.

Incidentally, the pension allowance proposed in the bill had initially been labeled gender-neutral as the “supplement to personal earnings points for child-rearing”, but was quickly given the slogan “mother’s pension” in the media "The mother’s pension for fathers".

To whom is the mother’s pension and how is it applied for??

Before you begin to apply for the maternity pension, you should check whether you are under the new law to the circle of those who are awarded such a pension.

Women who had children before 1992 receive an additional salary per child and thus a total of two years of education in the pension. This corresponds to an increase of 28 euros per month in the new and almost 26 euros in the old federal states. Around 9.5 million women who receive a retirement pension should receive the new benefit. In addition, there are those mothers who have the right to a statutory pension for the first time by recalculating the time spent in child-rearing.

Those who already receive a pension do not have to deal with an application. The pension is automatically increased in this case. The same applies to all those who have not yet received a pension, but have already claimed child-raising periods with the pension insurance. However, women who have failed to do so and are now earning a pension for the first time must apply for a pension. However, the condition for applying for the statutory maternity pension is a minimum insurance period of five years, whereby missing years of insurance can be supplemented by voluntary contributions.

The online parent training is not only up to date in matters of child rearing, but also offers useful information on legal issues in this blog, such as the mother’s pension for fathers discussed here.

In order to enjoy spending time together with your child in the best possible quality of life, parent online training supports you with the skills of healthy communication. This way, you create a climate of cooperation and harmony in your family life.

If you are not satisfied with the course in any way, I offer you a 30-day money back guarantee. No ifs and buts. Promised.

About the author Kay Rurainski

I love healthy communication in the parent-child relationship. Relationships make my life meaningful. Well-designed relationships improve my quality of life. Especially when I consciously create conflicts with people who are important to me. That’s why I teach the skills that support me passionately.