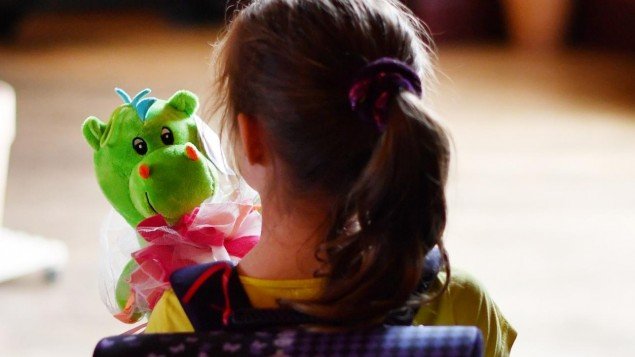 Poor children often become poor adults, warns Stefan Sell. He believes that measures to combat child poverty must start with the family. Claudia Held says: Poor children need a special form of life support. We discuss with our guests what can be done about child poverty.

Germany is one of the richest countries in the world: the economy is booming, the number of unemployed is at a record low, we are seen as the engine of growth in Europe. Everything is fine – right? No, because despite these top values, we afford a high poverty rate, especially among the elderly – and among children. Every seventh child in Germany, according to the latest figures from the Bertelsmann Foundation, grows up in poverty. Children with only one parent or two or more siblings are particularly affected. The consequences are fatal – because too often, poor children become poor adults.

"Poor children would never say that they are poor", says Claudia Held.

The social worker is the child protection officer of the Berlin city mission and oversees several projects in the city’s social hotspots, mainly in Kreuzberg. Most of the children have a migration background.

Your observation: Children from disadvantaged families in particular often wear the most expensive sneakers to gain more self-confidence. "But they have the clothes often just a set that they always wear."

Whether in homework help, in the girls’ club, on the construction playground or in the bicycle workshop – Claudia Held is always about giving the children more self-confidence. It is about education, social participation, and setting a different role model than what they often know from home. "It’s about life support and relationship work – just about being human."

"Child poverty is always derived parent poverty", says Stefan Sell, professor of economics, social policy and social sciences at Koblenz University of Applied Sciences. "It only occurs because the adults are poor – and this particularly affects single parents. The poor children can not help it, it is ultimately family poverty – and all measures have to start with the family."

The scientist has long been concerned with the effects of poverty and does not tire of denouncing its consequences. "These children, although they have the same potential as the others, have significantly worse starting conditions and often end up in difficult situations later. It will take vengeance bitterly. The problems you negotiate because you invest too little in the childhood of those affected bears very bitter fruits for life: lower incomes and higher unemployment."

What to do about child poverty in Germany? Matthias Hanselmann will discuss this on December 3rd, 2015 from 9:05 a.m. to 11 a.m. with Claudia Held and Stefan Sell. Listeners can participate by calling 00800 2254 2254, by email [email protected] – and on Facebook and Twitter.

Information on the Internet:

About the kids- and youth work the Berlin city mission