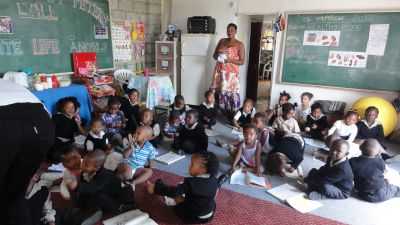 The association was founded on 24.9.2005 in Bensheim, works independently and not with the large aid organisations. We finance ourselves exclusively from donations of private people.

The association introduces itself

The association was founded on 24.9.2005 in Bensheim, works independently and not with the large aid organisations. We finance ourselves exclusively from donations of private people. The total donation volume in the last seven years (since the foundation of the association) was over 250,000 €, so that approx. 30,000 € per year could be invested in projects. The administrative costs during this time were less than 2.500 €, which is about 1% of the donations.

Although South Africa is a relatively rich country, the number of needy people in the black population is enormous. The AIDS problem, which was denied for many years by the highest government authorities, has driven many people into poverty and hopelessness. The purpose of our association is to help children and young people who have lost their parents to AIDS, are themselves suffering from AIDS or are simply unable to get a meal every day due to the poverty of their parents, let alone attend school.

Here in Cape Town we work with children’s homes (St. Francis, Heatherdale, St. Joseph’s) as well as with charitable and socially active associations (The Homestead, CASE), which specifically recommend projects where support is needed. The children’s homes St. Francis and Heatherdale received money for the purchase of school uniforms in 2011. We supported St. Joseph’s – a home for chronically ill children – for one year with the purchase of a special bed and the care of a child. The street children of The Homestead have received regular financial help from us for years to lead them back to a normal life. CASE in Hanover Park (suburb of Cape Town) has been supported over the past 2 years with the payment of a psychologist who trains helpers from the residential area to train children and young people in dealing with street gangs.

In the townships of Port Elizabeth we provide 33 crèches and a soup kitchen (more than 1400 children) with regular supplies of corn flour enriched with vitamins and minerals, which can be prepared in any consistency as required.

Through regular visits to the site, we ensure that our donations actually reach their destination. Above all, the idea of “helping people to help themselves” serves us as an important guiding principle in our relief efforts. 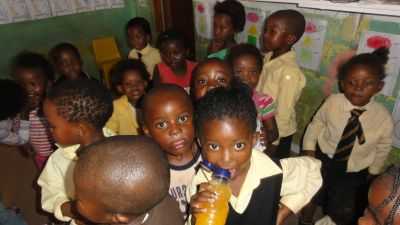 Further goals of the German-South African Support Association are among others: – evaluation of needs in the education of children and their education programs, – support of medical programs regarding development, physiotherapy, behavior therapy, – creation, care and promotion of partnership contacts to various children’s homes, – financial support in the search for foster families in SA, – and financial support in the maintenance, repair and structural extension of existing buildings.

For the year 2011/12 we were asked by The Homestead, who care for street children in Cape Town in order to lead them back to a normal life, to pay the school fees of 30.269 Rand (about 3.300 €) for 7 selected boys. These boys should get a school education again after years. Due to their age, however, they could not be accepted into the normal age groups, but needed the school fees for special schools. Our association considered this project to be very reasonable and took over the full costs for the first year.

The seven boys whom we want to help to lead a normal life with the help of school education come from very sad family backgrounds. Many parents have no homes of their own, some mothers are ill because of the poor conditions, and the fathers are often in prison. These children were physically and mentally abused by family members and ended up on the streets. 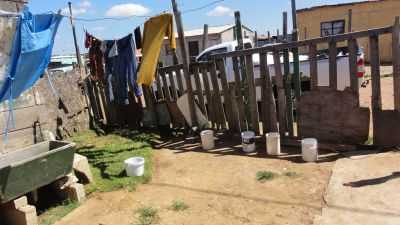 A boy was sent to South Africa by his parents from the Congo in order to receive a good school education there. But since none of the overcrowded schools took him in, he was unable to meet his parents’ expectations. His parents dropped him and he ended up on the street. Another boy came from Zimbabwe to get a good education. Without the support of adults, he also ended up living on the streets. Of the seven boys who were supported by us because of their intelligence, 3 boys dropped out of the programme last year: two ended up in prison and one was reunited with his family, who live 150 km from Cape Town. For street children this is a very high success rate, especially since the remaining children were very successful in school. The fancy boys are replaced by new candidates. The project will continue this year with a budget of 35.000 Rand (about 3.500 €). 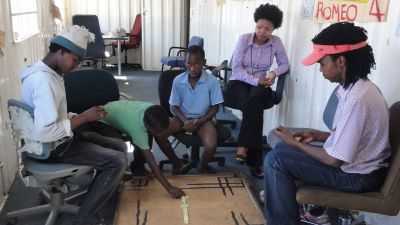 This year, the association plans to financially support a The Homestead sanctuary for boys at risk in a township in Cape Town. Although these boys still sleep at home, they no longer go to school and live from begging or poorly paid odd jobs such as cleaning car windows at traffic lights. The parents are extremely poor and often do not know how to raise their children. Often these eleven or twelve year old children are also in the care of overburdened grandparents, as the parents themselves have died of AIDS. Some boys start taking drugs and are on their way to a life of street children. In order to prevent this, our association wants to support those street workers who try to reach the children and young people at risk before they slip into the drug milieu and into a life as street children. These two projects in Cape Town are currently a major concern of our association, as they are very much in line with our principle of helping people to help themselves. Even in poor countries, people can only build a dignified life with a basic education.