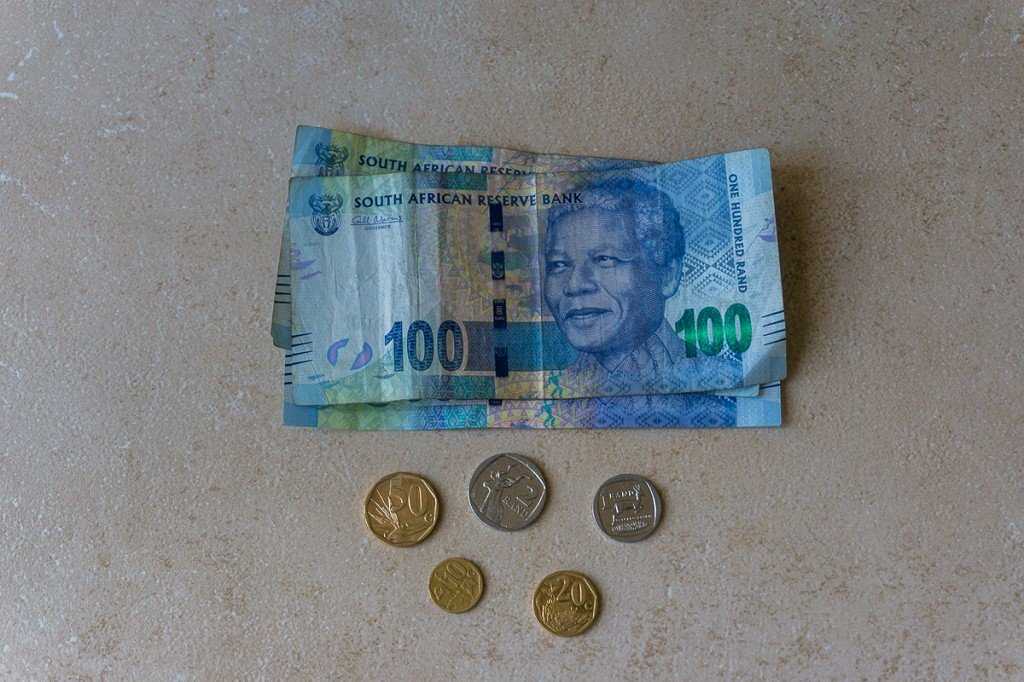 South Africa costs & Prices – That’s how much you pay for 2.5 weeks of vacation in South Africa

When you hear South Africa, you think at first a cheap travel destination. We felt the same way. However, exactly the opposite is the case.

As South Africa is the most advanced country on the continent, prices have continued to rise in recent years. Although not yet at Germany level, but well above the prices such. in Thailand or Malaysia.

In this article, we have now written down our exact South Africa cost of accommodation, flights, food, etc., and show you with what expenses you at one South Africa travel should count. Including some savings tips at the end.

Note: We were in South Africa for almost two months, but we only traveled from one place to the next for the first 2 1/2 weeks. Therefore, only these expenses are taken into account.

Before we give you our exact spending for the first 2 1/2 weeks, we’ll talk about the currency and withdrawing money on the spot.

In South Africa is paid with Rand (ZAR). An edge is also divided into 100 cents. Since the edge is a relatively high currency compared to the euro, you must first get used to the conversion first.

In addition, the currency is divided into the following coins and banknotes:

But what about withdrawing money in South Africa? Very well! There are ATMs at every gas station and every major supermarket. And in most cities you usually do not have to look far for an ATM.

Third-party fees, which are calculated by some vending machine operators in other countries, fortunately, almost never exist in South Africa. At least not to the machine where we took off.

The only small problem: The Abhebelimit at many ATMs is usually at 1500 – 3000 Rand. So if you want to pay a larger sum in cash, you have to withdraw several times in a row.

So, enough of the preface. In the following sections we show you exact numbers and list how much we have spent on our South Africa trip. All South Africa prices always refer to us both together and not per person.

Our costs for flights to South Africa

Here we have to say right at the beginning that we had booked only a one-way ticket from Munich via Cairo to Johannesburg. We do not know exactly where to go to South Africa and wanted to leave this option open.

The ticket was pretty cheap and cost only 355,13 € per person. We flew with Egypt Air. Despite initial concerns, we can say absolutely nothing negative about the airline. We were even really positively surprised!

In general, fares to South Africa are really cheap. Return flights from and to several airlines with stopovers are available from just € 400 and direct flights with South African Airways from € 645 per person.

We found our flight through the Skyscanner * flight search engine.

The cost of accommodation in South Africa is not exactly without and has been a bit offended. Especially around the national parks, along the Garden Route and in Cape Town will get neat.

In addition, we were on the road at the beginning of the main travel time, which made even simple accommodations significantly more expensive. We booked partly at Booking.com and partly at Airbnb.

Note: Some of the accommodations had two bedrooms because we traveled the first 2 1/2 weeks with friends. Nevertheless, we broke the prices on Sara and myself. 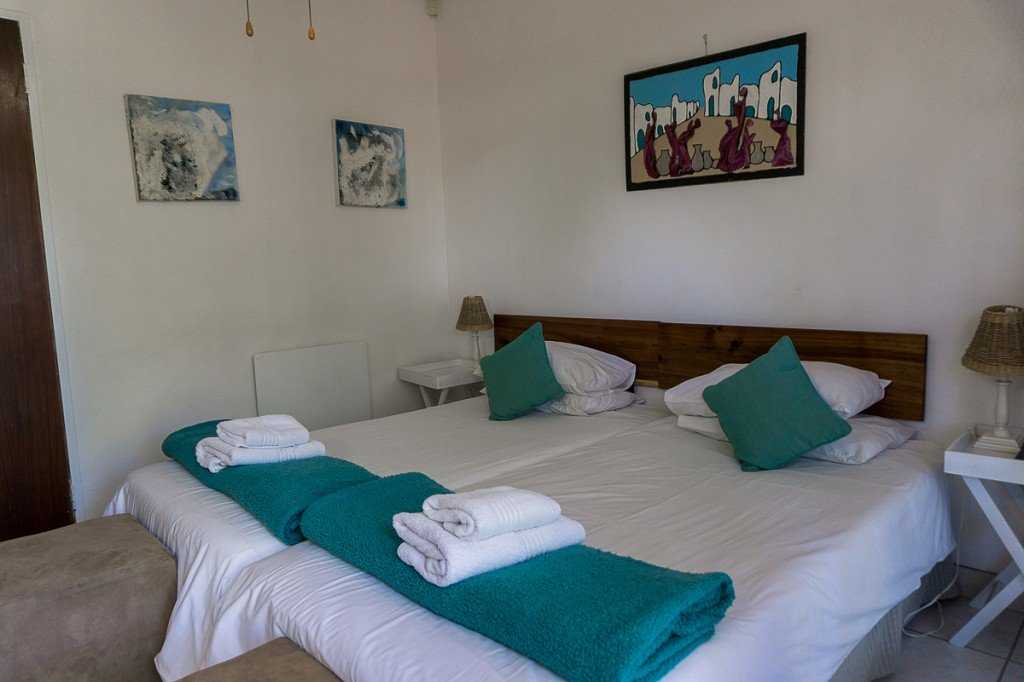 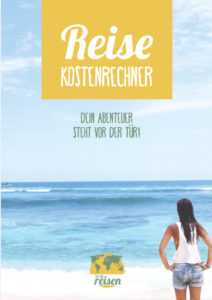 You wonder how you can best calculate the cost of a trip abroad or world tour? Then take a look at the extensive travel expense calculator of “Go Traveling”. You can even create savings plans and much more!

Travel costs in South Africa for eating out, drinking & foods

Since in many accommodations usually a kitchen was there, we very often cooked ourselves and went out to eat only once a day. The prices in the restaurants could not be more different.

From very cheap to very expensive everything is there. We chose the cheaper restaurants and often only paid around 10 € for two .

For shopping in South Africa: The prices for food, drinks and alcohol in supermarkets are about the same as in Germany. Some things are cheaper and some expensive (especially water).

What we have saved on spending on restaurants and food, we have on a variety of adventures & Activities cut out again.

As South Africa was a dream for me for many years, we wanted to take everything with us. For example an organized safari in the Kruger National Park (about 40 € per person) or paragliding over Cape Town (about 86 € per person). Generally, the prices for such activities are not bargains, but not too expensive either.

In contrast, there are hardly any typical sightseeing trips in South Africa, as the country’s major highlights are more in nature and wildlife. Exceptions are Cape Town or Johannesburg. There you can also do classical sightseeing. More about Cape Town can be found in our detailed article: Cape Town Travel Report – The best sights, interesting places and highlights! 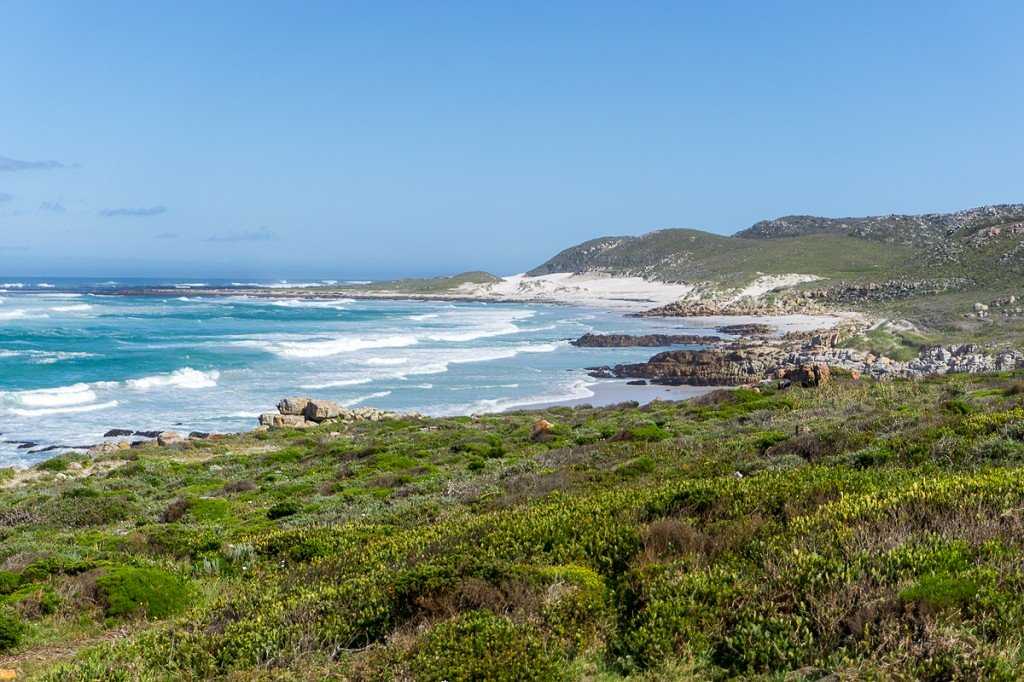 South Africa is the perfect country for a road trip. Except for a domestic flight from Johannesburg to Port Elizabeth we drove the rest of our route by car.

The prices for rental cars are highly seasonally dependent, but even in the high season still much cheaper than in Germany. In addition, tolls are often due on many highways.

Within Cape Town, we then switched to the very well-developed and super cheap bus network.

Recommended reading: In this post you will find everything important about our road trip in South Africa: Garden Route in South Africa – The best highlights, our route and tips + outline map 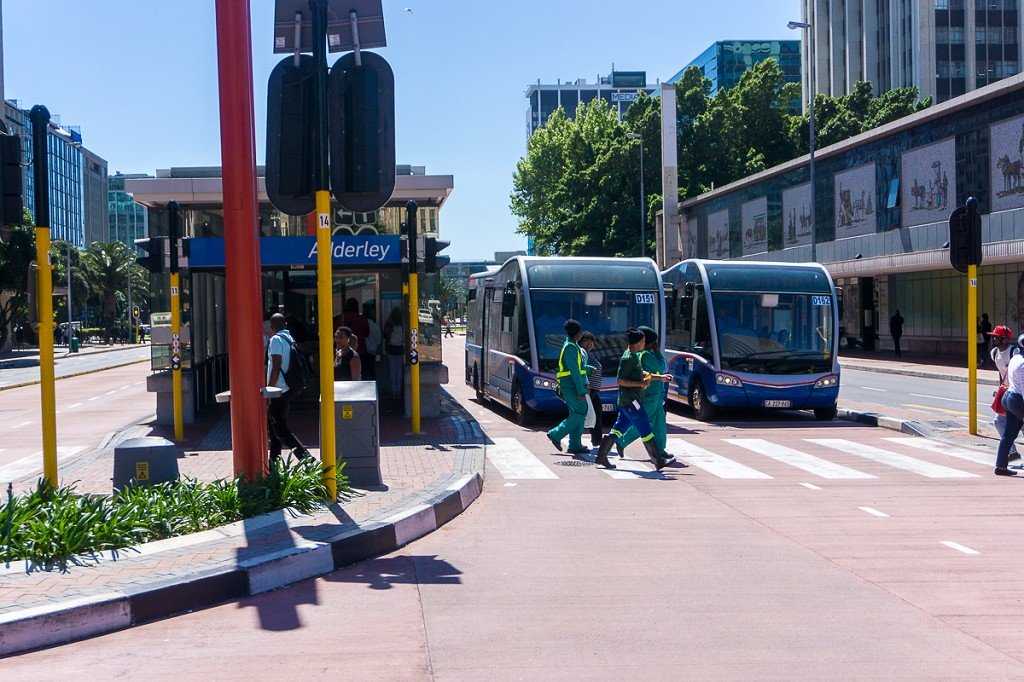 Other issues in South Africa

At other issues are except for a few little things, such as a Sim card with 2 GB data volume, laundry or even a speeding ticket because of 8 km / h too fast drive, not much accrued.