teeth grinding until the enamel splinters 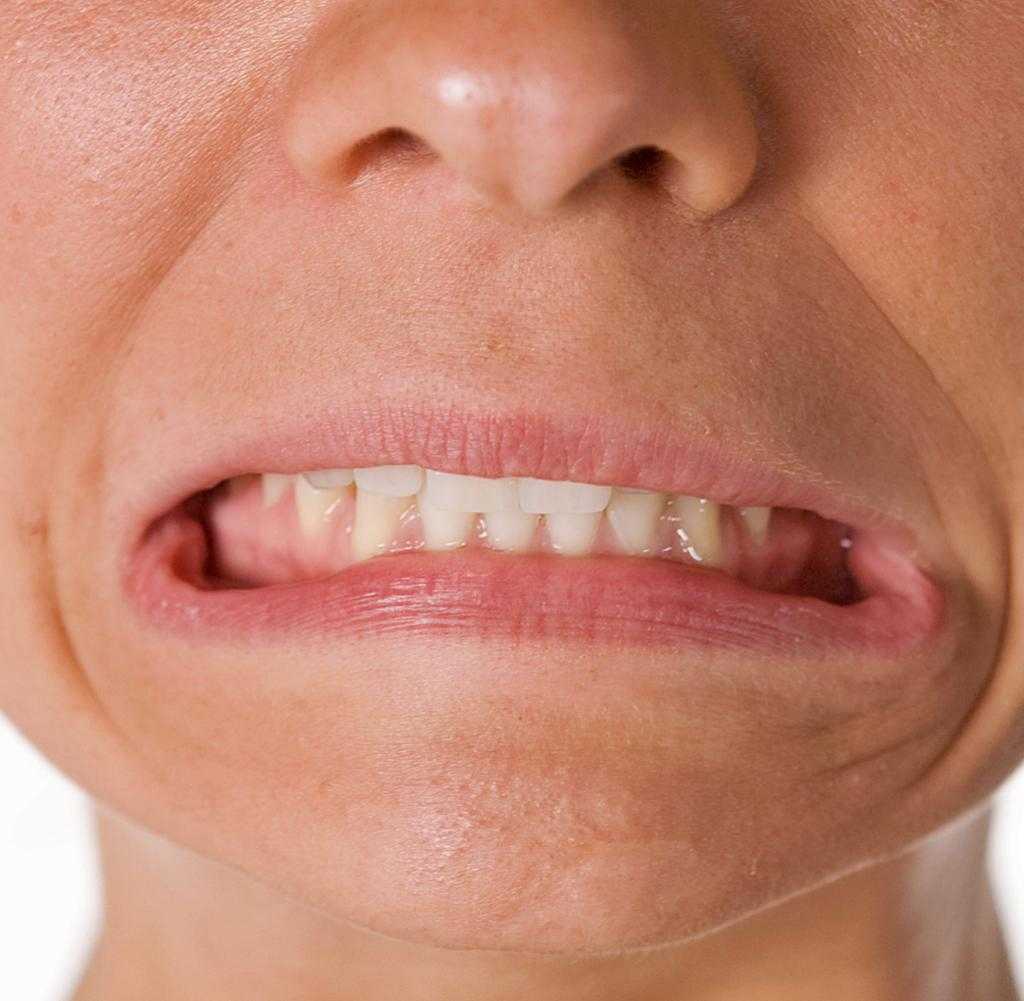 It often happens at night in sleep, but also in traffic jams, in supermarket queues or other monotonous everyday situations: People grind their teeth or press them together. Every second German has this habit at least temporarily in his life, estimates the Bundeszahnärztekammer (BZÄK) in Berlin.

Often the phenomenon stops on its own. “In one fifth of cases, however, the upper and lower teeth are permanently pressed or rubbed against each other with problematic consequences,” says BZÄK Vice President Prof. Dietmar Oesterreich. Doctors call this bruxism.

Enormous forces are released in the mouth. “They can amount to up to ten times the normal chewing pressure to which teeth are exposed for up to 45 minutes a day in extreme cases,” says Oesterreich.

Splinters and cracks are not uncommon

The enamel, the hardest substance in the human body, is severely damaged. The effects range from smooth, polished surfaces to splinters and cracks to loose and heavily rubbed teeth, where the tooth nerve is only covered by a thin layer.

“Pressing and crunching the muscles of the chewing muscles are also severely strained, overloaded and can cause selective or diffuse pain,” explains Oliver Ahlers from the German Society for Functional Diagnostics and Therapy in Düsseldorf.

pain in head, neck, shoulder and back

In some patients the head posture also favours that the jaw is positioned incorrectly. “This can even cause pain in the head, neck, shoulder, back and pelvic muscles due to neuromuscular reflex arches,” says Oesterreich.

Tinnitus and visual disturbances are also possible side effects. At the same time, the strong muscle tension causes the masticatory muscles to increase and the crunching becomes even more intense: a stress spiral develops.

The causes of bruxism are manifold. “Stress, however, is considered an essential factor. This is called a psychosomatic disease,” says Oesterreich. Suppressed feelings, fears, everyday problems or incisive life events probably cause people affected to grind down.

Teeth grinding as a valve

“The denture system serves as an emotional relief valve,” adds Ahlers. In addition, incorrectly positioned teeth, unsuitable crowns or fillings as well as orthopaedic reasons such as a wrong posture can lead to a grinding of teeth.

Because bruxism usually occurs unconsciously, early detection is difficult. “At night, the bruxism is often only noticed by our bed neighbours,” says Hans-Jürgen Korn, a psychologist with a degree from the German Society for Biofeedback.

Nevertheless, there are opportunities to become aware in good time. “Does my chewing musculature hurt during palpation and can I not open my mouth as wide as before, especially in the morning after waking up? This can be accompanied by a cracking, but does not have to be,” says Ahlers. A change in the shape of the teeth could also indicate this. Anyone who notices something like this should asprechen their dentist.

If the diagnosis is actually bruxism, the affected person usually gets a plastic splint. There are different types. “Simple grinding splints merely aim to stop the loss of further hard tooth substance,” explains Ahlers.

“Bite blocks without adjusted tooth contacts”, on the other hand, are intended to trigger an inhibitory reflex, in which those affected notice an unexpected obstacle when crunching and thus separate the upper and lower jaw. However, these should only be worn for a short time. “For long-term treatment, an elaborately constructed occlusal splint is effective. In addition to the other two effects, it adjusts a jaw position that stabilizes the lower jaw and relieves the masticatory muscles.

However, in the case of psychologically justified bruxism, the question arises as to the extent to which exclusively dental splint therapy is suitable for treatment. “It can relieve the acute pain and symptoms, but the dentist does not relieve the patient of the stress,” emphasizes Oesterreich.

Biofeedback is one way of making people aware of their crunching and pressing. A sensor that measures muscle tension is attached to the masticatory muscles. “If it is not just a matter of short swallowing movements, they are reported back to the person affected by a warning tone,” explains Korn.

“This can strengthen one’s own body awareness to better notice in which situations one reacts to stress with tension.” Since it is often unclear whether those affected grind during the day or at night, biofeedback should be used at both times of the day for a period of about four weeks.

“In addition, those affected must learn through relaxation exercises how to keep the jaw loose: the molars do not touch each other, the mouth is closed and the tip of the tongue rests behind the upper row of teeth. It is crucial that they check again and again in everyday life whether they have taken such a jaw position.