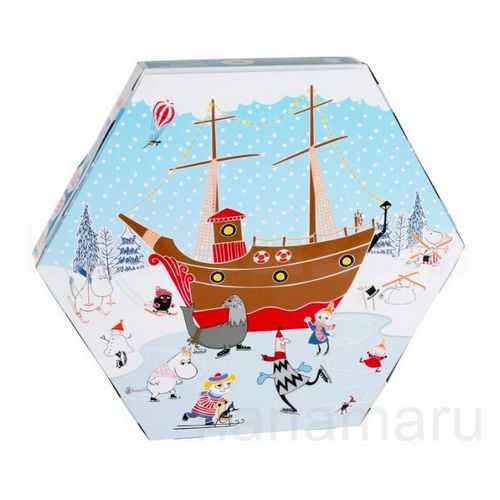 Rakuten has looked at the buyer’s preferences ahead of this year’s upcoming Christmas business. The question that was at stake: Do Germans also buy their presents abroad? And who buys online from German providers?

Scarce result: 51 percent of Germans want to fall back for their Christmas shopping on dealers who do not sit in Germany. The most popular shopping destination for international buyers from Germany is Great Britain. 60 percent of them claim to want to buy a gift there.

In addition to Great Britain, France (58 percent) and Italy (48 percent) are popular shopping destinations for Germans in Europe. In China, 45 percent of respondents in Germany want to shop for gifts. By contrast, Germany only lands in seventh place in the international comparison. Of the international respondents who want to shop abroad, consumers from France (37 percent), China (32 percent) and the United Kingdom (26 percent) are looking to shop for gifts in this country. So there is still a lot of potential for German companies and brands here.

How it can go, shows Adidas: Products of the sporting goods manufacturer are not only given away in Germany. 26 percent of the French and 24 percent of the British consider Adidas products as a gift. This makes the brand even more popular there than in Germany itself (23 percent). In the United Kingdom, Hugo Boss is the most popular brand in the upscale fashion sector at 19 percent, as well as in Germany, but only with 17 percent buying consideration. Products from S. Oliver, a company based in Bavaria, attract 16 percent of Germans.

"We see that German consumers are open to suppliers from abroad. As far as sales of consumer goods in foreign markets are concerned, there is still a lot of catching up to do. In the favor of international buyers, Germany is only seventh", Stefan Bernauer, Director D-A-CH at Rakuten Marketing comments on the results. "Brands looking to expand into new markets need a strategy and the right support to increase their visibility. An international affiliate network can give you the best possible assistance."

72 percent of German survey participants often or frequently order Christmas gifts online by using a PC or laptop. Other options, such as shopping via smartphone and apps from brands still play a minor role in Germany. In Asia, on the other hand, this form of shopping is very popular, which should be noted by brands that want to expand into these markets. However, the in-store experience continues to be very popular. 60 percent of Germans buy Christmas gifts frequently or very often in stores.

Above all, German consumers also like to shop at German retailers. In classic department stores, such as Galeria Kaufhof (35 percent) and Karstadt (24 percent), many Germans still buy. In addition, very popular shops are German drugstores, 40 percent of Germans are considering DM to buy Christmas gifts there, 39 percent Rossmann and 27 percent Müller. The biggest losers in recent years are likely to be the traditional mail order companies, with Otto still representing an option for their Christmas gifts for 20 percent of Germans.

A good quarter (26 percent) of the German respondents are classic "Holiday Shopper", that is, they start thinking about holiday gifts in November and eventually buy them mainly in December. Twenty-three percent are typical bargain hunters who use promotions such as Black Friday and Cyber ​​Monday to shop at a low price. Almost one in five Germans (19 percent) buys gifts throughout the year when they come across interesting products. 15 percent of respondents already start their Christmas shopping at the end of the summer. By contrast, only a tenth of the respondents are waiting until the last opportunity.

What makes who happy?

In order to find the right gifts for the right people, consumers need inspiration, also from brands and companies. The majority of 63 percent state that the benefits depend on whether advertising is relevant to them and who they are looking for a gift for. 19 percent are even very open to product recommendations and are happy about any help they can get.

The most useful way of doing this is to rate advertisements whose content leads consumers to interesting brands or products (43 percent approval). Also popular is advertising that leads to better offers or discounts (28 percent approval).

"In the run-up to Christmas, it can be worthwhile for marketers to address consumers with their campaigns, who are not actually part of the core target group", says Stefan Bernauer, Director D-A-CH at Rakuten Marketing. "After all, when looking for gifts, consumers are concerned with topics and products that are not always necessarily in line with their own interests. That’s why consumers like to get recommendations for brands and products, even if they would not buy them for themselves."

Markets are more important than brands

In the case of electronic items, which are a very popular Christmas present, the German market shows an interesting feature. While the British and French like to source these products directly from the brands, with Samsung, Apple and Google each as the top three, German consumers tend to go with the big e-markets. One third of respondents (32 percent) are considering Saturn or Media Markt for Christmas gifts. Samsung is also very popular with German consumers: 29 percent are thinking of buying gifts from the South Korean tech giant. Third place is shared by Huawei and Sony, each with 15 percent.

About the study: On behalf of Rakuten Marketing, the independent market research institute Savanta conducts a study of 1000 consumers per market in the UK, France and Germany in October 2019, with a further 500 respondents per market from Australia, South Korea, China and Singapore. The total number of respondents for international findings is 5,000 consumers.