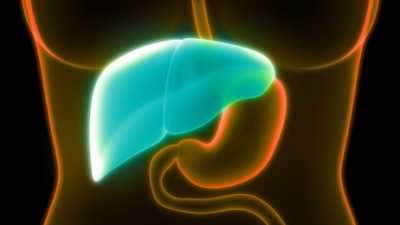 What is the sugar metabolism?

The sugar metabolism deals basically with all metabolic processes in which carbohydrates are involved. Its most important function is the provision of energy for the organism. The central organ for the carbohydrate metabolism is the liver, especially as it stores the complex carbohydrate glycogen as an energy reserve.

Carbohydrates are ingested as simple sugars (eg glucose), double sugars (disaccharose) or multiple sugars (complex carbohydrates like starch) through the diet and further processed by the body. The sugar metabolism is mainly controlled by the two hormones insulin and glucagon. While insulin lowers blood sugar, Glucagon increases it.

The breakdown of carbohydrates (glycolysis) forms the backbone of the entire metabolism. This produces pyruvate (salt of pyruvic acid), which plays a central role as an intermediate of many metabolic pathways. When carbohydrates are not supplied through food, their synthesis of amino acids takes place in the body. Therefore, the human body is not necessarily dependent on carbohydrates in the diet. Nevertheless, a sugar metabolism takes place because glucose is constantly being produced via this metabolic pathway.

Single and double sugars are immediately able to provide energy for the organism. However, the polysaccharides must first be cleaved into glucose before it resorbs the gut. The glucose enters the blood and is transported through the body with the bloodstream to supply the organs with energy.

The glucose uptake takes place through the cell membranes with the help of insulin. If the blood sugar concentration rises due to the supply of carbohydrates, the islet cells of the pancreas are stimulated by various regulatory mechanisms to secrete insulin. The insulin then binds to specific membrane receptors of the body cells and makes the membranes permeable to glucose.

If less energy is needed, insulin will take up excess glucose in the liver, muscles and fat cells. In the liver and muscles, the glucose components are then reassembled into a polysaccharide (glycogen).

Glycogen is stored and used as an energy reserve when needed. In fat cells, glucose is converted into body fat and stored there as such. If the blood sugar level is too low, another hormone, the glucagon, causes the formation or release of glucose.

Too low a blood sugar level arises, for example, when starving, with a high energy demand or high insulin output. Glucagon causes the breakdown of glycogen or the conversion of amino acids into glucose. Thus, the interaction of insulin and glucagon ensures a balanced blood sugar level.

Due to the ability of glucagon to produce glucose from amino acids, dietary carbohydrate intake in humans is not mandatory. The necessary basic supply of glucose is guaranteed for important organs such as the brain in any case. The sugar metabolism includes not only glucose but also simple sugars such as fructose or galactose.

The reason for the high blood sugar level may be the lack, a shortage or a reduced effectiveness of insulin. Diabetes mellitus is not a uniform disease. Thus, diabetes can be divided into two distinct types:

Type I diabetes mellitus is characterized by the absence or insulin deficiency. This form of diabetes is often innate or acquired early. Cause of insulin deficiency may be the destruction of the islets of Langerhans by an autoimmune disease or its absence from birth. The patient is dependent on a lifetime dose of insulin. Otherwise, the sugar could not be recycled.

Type II diabetes mellitus has often been referred to as adult onset diabetes because it used to be more common in older age. Today, he often appears even in childhood or adolescence. Cause is an acquired insulin resistance through improper diet, obesity, lack of exercise, smoking or drinking.

Although insulin is produced in this form of the disease, its effectiveness diminishes because fewer and fewer insulin receptors are present. Due to the increasing insulin resistance, the pancreas (pancreas) must produce more and more insulin, without the blood sugar level drops significantly. It forms a vicious circle that can lead to complete exhaustion of the pancreas.

With a permanently high blood sugar level, the blood vessels and nerve endings are damaged in the long term. As a result, a variety of complaints such as atherosclerosis, circulatory disorders in the limbs, diabetes feet by nerve damage, polyneuropathy, eye damage to blindness and much more.

In the early stages of the disease, blood sugar levels can be normalized by lifestyle changes. However, when the degenerative changes are too advanced, diabetes is often the starting point of various chronic diseases. A low carbohydrate diet and lots of exercise can significantly improve sugar metabolism.