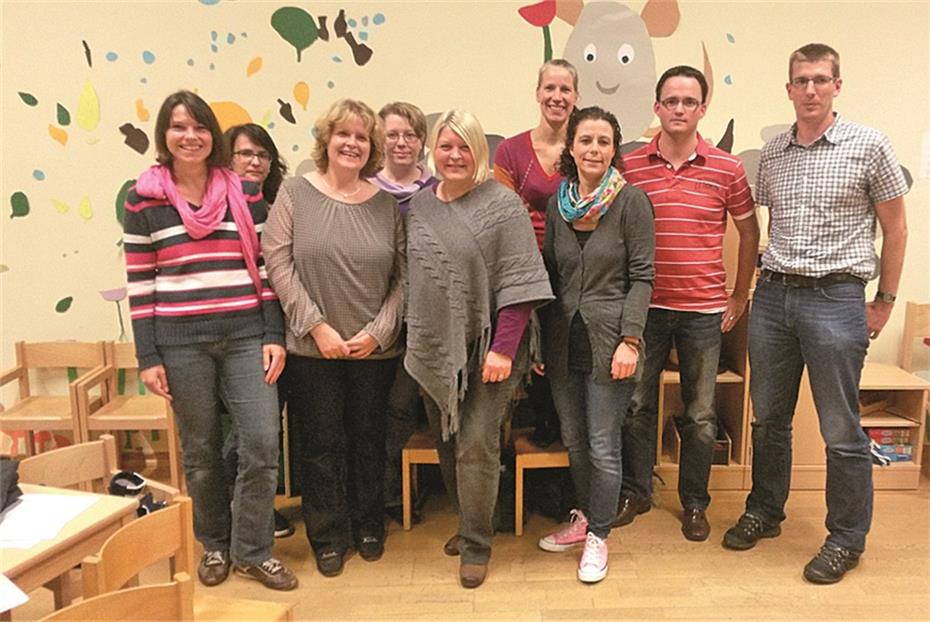 Bell. Recently, the parents and the kindergarten team came to the Regenbogenland kindergarten to choose a new parents’ advisory board. This was followed by the establishment of the support association for the Beller Kindergarten. After a short greeting by the kindergarten director Ute Hinkel with reading of the legal basis and a thank you to the parent council still in office, the chairwoman of the parent council Sandra Daub was able to sum up in her report about a successfully organized summer party with very good participation. In any case, this should be included in the annual calendar again next year. There followed the election of the new parents’ council with the following Result: Sandra Daub, Ellen Fulgraff, Sarah Syri, Simone Gasper and Imke Effertz were all unanimously elected to the new parents’ council and accepted the election.

Ute Hinkel thanked everyone for their willingness to participate in the kindergarten and handed over the word to Siena Schneider, who presented those present with the tasks, the purpose and the goals that a sponsoring association can pursue for the kindergarten. As public funds become increasingly scarce, efforts should be made to build up sustainable support, such as the purchase of new play equipment and other projects.

Martin Geilen leads the board

After this brief introduction to the topic, 14 of the people present agreed to hold the actual founding meeting. The proposed statute was unanimously approved and the founding of the association was sealed by the signing of the founding members. The election of the board resulted in the following result: 1st chairman Martin Geilen, 2nd chairman Eva Gyurowath and managing director Frank Halbedel. Melanie Berresheim and Diana Kolligs were elected as auditors and Karin Wedekind and Simone Gasper as their representatives.

The chairman Martin Geilen thanked everyone who contributed to the success of the project and emphasized that the elected board is very interested in good cooperation with all committees of the kindergarten. After all the formalities had been completed, he suggested exchanging ideas at a joint meeting and then the projects to tackle together.

The association hopes for broad support from the Beller population, because with an annual contribution of 12 euros the kindergarten can be helped sustainably. If you can hardly wait, membership applications are available in kindergarten or can be obtained from all board members.