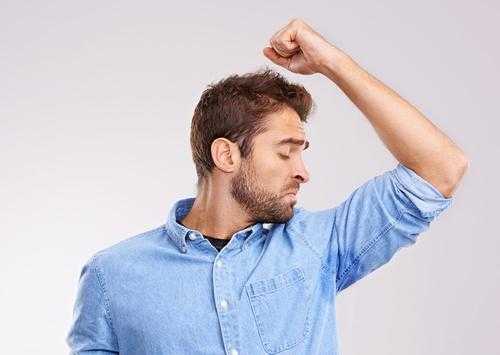 As body odor one defines all odors, which are separated from the body, for example by sweat glands. The individual body odor of a person can change due to a variety of factors. Among other things, your sweat, for example, can start to smell sour. We show you what is behind it and how you can counteract a change in body odor.

There are numerous causes of body odor. Basically, this is largely influenced by sweat. Many people often talk about the “smell of sweat". But this is an inaccurate formulation because sweat consists of 99% water and is odorless. The remaining percent is composed of substances such as salt, protein and amino acids. The reason for the body odor is instead the reaction between the sweat and bacteria. These decompose the sweat on the skin, releasing butyric acid, which leads to the typical smell of sweat.

If you think your sweat smells like vinegar (so sour), there are many reasons.

One possible cause is acidosis (acidosis), which means that certain acids in your body exceed the ideal concentration. This is often due to a lack of minerals. Acid is normally broken down by the kidneys and excreted by other routes. However, if it is constantly secreted by perspiration, your metabolism is impaired. Acidification of the body can also be detrimental to your body, as excessively high acidity promotes many illnesses, especially in the context of metabolism. These include gout as well as chronic inflammation and atopic dermatitis.

Alcohol and nicotine are also a common cause of body odor. The reason for this is that these substances adversely affect human metabolism. The kidneys and liver, for example, are impaired and can no longer properly perform their functions, including the excretion of acid. Thus, more acid is secreted over the sweat and the sweat smells like vinegar. In addition, the stomach emits more acid in high alcohol consumption, which also contributes to this problem.

Underactive thyroid glands can also make your sweat smell sour. This is especially common in middle-aged women. If the thyroid gland does not work properly, the metabolism will be negatively affected. So they sweat out the undegraded acid, which releases the decomposition of skin bacteria sour smells of perspiration.

Finally, even mental problems can contribute to a change in body odor. For example, stress, panic and anxiety increase a person’s level of adrenaline. This encourages sweat production and, in combination with the factors mentioned above, can additionally make your sweat smell sour.

In general, it should therefore be considered that all impairments of the metabolism lead to the fact that acid is not sufficiently degraded in the body. This is then separated by the sweat instead and thus leads to the feeling that the sweat smells sour. Higher sweat production additionally intensifies this effect. 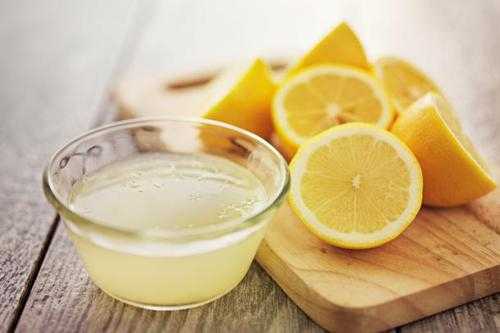 Since a sour body odor is usually perceived as unpleasant, it is good to know how to prevent or mask it. There are a few effective tips.

The most important thing is to promote the metabolism in order to completely avoid the overacidification of the body. This can be helped by consuming lots of minerals, for example enough fruit and fresh vegetables. If you realize your sweat smells sour, help with a few classic home remedies. These include apple cider vinegar, tea tree oil and rosemary. These have an antibacterial effect and can thus neutralize unpleasant odors. Lemon juice can also be used for this.

It should be remembered, however, that even serious diseases can be behind sour-smelling sweat stuck. Infections and metabolic disorders are the most common causes. So if you suspect that there is more behind it, you should see a doctor immediately to rule out worse conditions.