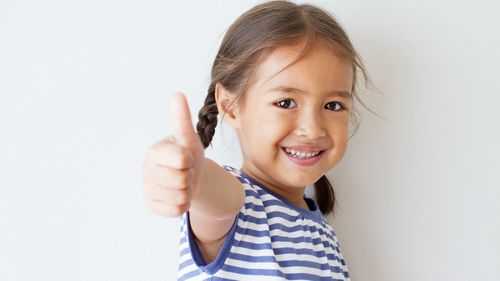 The Sylvenstein reservoir in Bavaria

Where is the hiking and bathing at Sylvensteinsee worthwhile??
The questions we answer here too – under this article. But it starts with some background information about the beautiful turquoise blue lake in Bavaria. Again and again I think it’s nice when I come around the corner and see the Sylvensteinspeicher. It is a reservoir, but where does the crystal clear water come from??

The Isar and the Sylvensteinsee

Under the dam, the Isar comes back to the fore and makes its way towards Munich. If the Sylvensteinsee appeals to you, you will also like the Isar origin.

—> this is the movie and here my experiences at the Isar origin.

–> And here everything about the beautiful Isar

The Sylvensteinspeichersee – a fjord in Bavaria?

The Bavarian fjord in the Karwendel
The Sylvensteinspeichersee is a large mountain lake, it is located in Bavaria between Vorkarwendel and Karwendel nestled at an altitude of 750 meters. Its elongated shape and wild landscape make it seem like a fjord. Great for hiking, cycling and swimming. Read my insider tips at the bottom of this page – because the good hiking trails are rare on Sylvensteinsee. The landscape experience but wonderful!

Why is there the Sylvenstein Reservoir??
The idyllic and natural-looking lake in the Karwendel is in fact a reservoir, which you almost can not recognize today. Especially at the dam you can suspect it, but even he is well fitted into the landscape. The Sylvensteinsee was artificially created, formerly stood in the valley floor houses, where today is the lake. The Sylvensteinsee is filled with crystal clear mountain water.

In addition, the Sylvensteinsee flood protection for the Isar valley in the direction of Bad Tölz and in consequence also for Munich. This water storage has been proven in the past more often! Had it not been for the Sylvensteinsee, Lenggries and Bad Tölz would have been more often "flooded".

–> Here is my info about Lenggries.

No church tower in the Sylvensteinsee

Myth: The sunken village Fall in the lake
The blessing also has a drawback: For the construction of the Sylensteinspeicher the old case had to be abandoned. Time and again people reported that they can see the old village Fall in Sylvensteinsee with a correspondingly low water level of the lake. Especially the old church tower is easy to recognize. In 2015, water was drained from storage for work on the storage power plant. At the bottom of the mountain lake, there were some foundations of the former houses of the old village Fall. From a church with church tower far and wide no trace.

Why is there the Sylvensteinsee?

The emergence of the Sylvenstein reservoir
It was built between 1954 and 1959 for flood protection. The dam is up to 44 meters high. It has also been increased since its construction, as some of the water has increased significantly in the course of environmental change. During the flood in the summer of 2005, the dam was close to collapse. It had to be drained of water to prevent the collapse.

In the years 2011-2015 there were renovations on the dam of Sylvenspeichersee. They culminated in the drain of the lake. In this low water phase, much of the land was without water. The Sylvensteinspeicher advanced to the destination: hiking with rubber boots in the lake. Former residents of Fall and many more onlookers from all over Upper Bavaria wanted to see what is left of the old town.

When the Sylvensteinsee was built, the old town of Fall had to give way. The new case was built a few meters further in the direction of Vorderriss next to the main road 307.

That’s worth it on Sylvenstein

Destination Sylvensteinspeicher – what to do?
Many vacationers come in summer vacation from Bavaria over Bad Tölz and Lenggries up to the reservoir. Some enjoy the panorama of the Karwendelgebirge, others use the area around the Sylvensteinsee for hiking, cycling or swimming. The Isartalradweg leads directly up to the reservoir. A nice destination in summer and a popular photo opportunity.

On the southern side of the lake there is a bike path far from the road, the so-called Bavaria Tyrolensis. This cycle path connects Bavaria and Tyrol. It begins in Jenbach at the feet of the Karwendels in the Inn Valley, leads up to the Achensee in Tyrol and then runs over the Sylvensteinspeichersee to Bad Tölz to Munich.

–> we went with the children on the Isar cycle path to Sylvensteinsee:

By bike at Sylvensteinsee in Bavaria
There is no continuous bike path around the lake. The Sylvensteinsee is long drawn with several parts. From the east the road runs from the direction of the Achensee to the dam wall of the Sylvensteinsee. Very good for racing, conditionally suitable for recreational cyclists.

Drive better here: Behind the dam after about 2 kilometers, the famous bridge over the Sylvensteinsee. Behind the bridge the path to the Bächental turns left, but only for cyclists. The road to Bächental is asphalted and closed to public transport. Here it goes to cycling, first in the direction Bächental and then left into the bike path Bavaria Tyrolensis along. This official bike path does not run directly on the Sylvensteinsee. But you can drive to the Achensee or even better the great Almtour drive to Rotmoosalm,

After Vorderriss with the bike
There is no bike path from case to front. Who drives the Isarradweg, unfortunately must drive here on the road. If you prefer to ride on a bike path near Sylvensteinsee, you follow the lake to the Isar cycle path via Lenggries to Bad Tölz. Here we were traveling with the children. Here in the family travel blog you can see a section of the bike ride including pictures and video:

Where to go on the Sylvensteinsee?
The fjord-like landscape of the long lake in Bavaria entices you to go hiking. If you drive from the Isar valley from the area of ​​Bad Tölz on the dam, I think the Karwendelgebirge most impressive. In Karwendel there are many peaks for hiking. From the lake, the choice of hikes is not so great.

Schindelberg, Demeljoch and Dürrenberg hiking
But I have found some beautiful hiking tours around Schindelberg, Demeljoch and Dürrenberg. And you can also ride a bit by bike in the Karwendel valleys, which shortens the kilometer-long approach! That would be my tip for you, otherwise you run down forever, until you reach the hiking trail. Beautiful is the view from the top of the Sylvensteinspeicher.