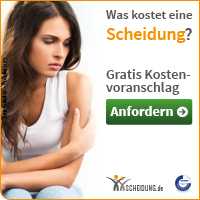 Many couples nowadays choose to marry because of the numerous tax benefits associated with the marriage. However, most couples do not know, which tax benefits you will receive depending on your individual life situation to be open.

In the following, only a small overview of the most important tax and social aspects can be given.

To clarify the tax issues in more detail, it is recommended that you contact a tax accountant who can review your individual tax situation.

The tax implications of alimony payments

Maintenance as a special edition

If there were no compensation for this, no spouse who seeks tax advice would agree to the assertion as a special issue. For this reason, the spouse wishing to claim maintenance as a special expense must commit to the other spouse to compensate him for all tax and other economic disadvantages.

Furthermore, both spouses can claim the costs of the court and their lawyer in income tax as an extraordinary charge in accordance with § 33 EstG.

Also, the cost of a handling contact, such as Travel expenses to the children, may be considered as an extraordinary burden in income tax. The case law on this is not yet clear. Two cases are currently pending before the Bundesfinanzhof (BFH III R 141/95 and BFH III R 41/04).

The cost of contact should be claimed as an extraordinary burden on the income tax return.

The tax office will rely on the usual practice and reject the consideration of the handling costs as an extraordinary burden.

In this case, you should file an appeal against the tax notice within one month of receipt.

Objection to the tax assessment

In the grounds of the objection you can specify,

Spouses who have not concluded a marriage contract, live in the legal matrimonial property of Zugewinngemeinschaft. With the divorce, one of the spouses who has gained less fortune in the marriage can demand compensation from the other spouse.

As a rule, the profit compensation is paid out in cash. However, if real estate is available, the profit sharing can also take place through the transfer of a property.

In this case, caution should be exercised, as the transfer of real estate by way of profit-sharing is to be regarded as a tax-deductible sale of an asset. The transfer of the property may therefore be subject to significant tax payments. In addition, the entitlement to the home owner’s allowance can be lost.

Before a property is transferred in the context of the gain, it is therefore absolutely necessary to seek tax advice. This is the only way to prevent the tax office from significantly benefiting from the transfer of the property.

On the negative side, after a year at the latest, the tax code changes and every spouse has to pay more taxes. As a positive effect, each spouse can deduct from the tax the alimony they have paid to the divorced or divorced spouse and the divorce costs.

The following is a brief overview of what is changing by a separation or divorce with respect to the tax code.

With the wedding spouses, if they live together, can choose whether they want to be assessed together or separately.

If the spouses wish to be jointly assessed, they must submit an application to the responsible tax office. In this case the income tax is calculated according to the splitting table. This will treat both spouses as if they were taxpayers. The spouses pay less tax on a joint investment than on a separate investment.

In the calendar year following the year of separation, the spouses can no longer be jointly assessed unless they reconcile and, at least for a short time, live together again.

If the spouses decide to co-invest, they can choose between different payroll tax combinations.

If both spouses have similar income relationships, it makes sense that both choose the tax code combination IV / IV.

If one of the spouses earns considerably more than the other, the combination III / V is more favorable.

In the case of a separate assessment, the spouses are classified in tax class I or II, which entails considerably higher tax deductions.

What options with regard to the tax code I have?

Every employee has to pay income tax. Income tax must be paid monthly as a prepayment on income tax. Withholding tax is deducted by the employer transferring it directly to the tax office.

So if spouses choose the tax classes III and V that are favorable for them, the classification into wage tax classes from the marriage does not happen automatically, but the change from former IV to III / V must be applied for.

Tax classification after the wedding

The spouses are therefore classified with the marriage both in the income tax class IV. This is a favorable income tax bracket if both spouses work and earn a similar income.

The payroll tax code is only decisive for how much tax must be paid as an advance payment. If the spouses have paid too much payroll tax, the overpaid payroll tax will be refunded with the income tax return.

If a spouse pursues a second or further taxable employment, the income is taxed according to tax class VI, the most favorable tax code. It is therefore not negative to have several taxable employment relationships, if employer and time allow it.

When do I have to change the tax code??

Application to the tax office

The application must be submitted to the tax office by 30 November of the year to which the income tax card applies. For this, only the wage tax cards have to be presented so that a change can be entered there.

In order to make it easier for employees to choose the tax code, the Federal Ministry of Finance and the highest tax authorities of the federal states have drawn up certain tables. From these tables it can be seen, depending on the amount of the monthly income, which tax code combination is the most favorable for them. If deductions are to be taken into account when deducting payroll tax, these must be deducted in advance from the monthly gross income.

The tables clarify in which combination of the wage tax classes the least payroll tax is payable. However, the tables only provide reliable information about the correct payroll tax if monthly wages have not changed over the whole year.

If you and your spouse have now decided to divorce and initiate the year of separation, you can only have them co-invest for the year in which you separated.

Mark and Clara Fröhlich will be leaving in January 2011. They will be able to have their capital invested together again for 2011 and have to change their tax classes for 2012. When exactly the separation, ie the beginning or end of the year, has taken place, is absolutely irrelevant.

When can spouses be assessed together??

If spouses live together in an apartment, they can together be taxed according to § 26 Abs. 1 EStG.

The joint earnings of the spouses are then added together and the income tax rate is determined according to the splitting procedure.

The split procedure leads to low taxation and thus to a higher net income when income is different. This particularly affects if one of the spouses keeps the household and does not earn their own income.

If the spouses divorce and divorce on a permanent basis, they can no longer be collectively taxed. This increases the tax burden and reduces the net income accordingly. The tax code changes from III / V or IV / IV like a single in I / I.

For a joint assessment, it is sufficient that the spouses have lived together for only one day in the tax year.

Since Clara and Mark lived together for at least one day in 2016, they can still be jointly taxed for the entire 2016 tax year. Only from 01.01.2017 does the joint assessment cease and the spouses are classified in a less favorable tax code.

The criteria for living together are very broad. Even a clever attempt at reconciliation interrupts the separated life, so that the spouses can be taxed together again in the year of the reconciliation attempt.

In the case of an individual assessment of each spouse, the spousal maintenance paid to the other spouse may be deducted as a special issue up to an amount of EUR 13,805. This compensates the tax disadvantage many times again.

What effect does the tax burden have on the maintenance obligation??

The maintenance obligation is calculated according to the net income of the paying parent or spouse.

The more taxes a debtor has to pay, the less income is left for maintenance.

If the tax code changes after a divorce or after a long separation, this has a considerable influence on the maintenance obligations.

After a successful change of tax code, you should definitely recalculate the maintenance, since the income from work always falls by a considerable amount due to the higher tax burden. The lower the net income, the less maintenance you have to pay. After the divorce, the favorable tax class falls away, so that in tax class I more taxes are payable.

Are maintenance payments to be considered in the tax return?

The spousal maintenance can be claimed as a limited deductible special issue up to a maximum of EUR 13,805 in the tax return.

Child maintenance can also lead to tax relief as an exceptional burden. The prerequisite for this is that neither the taxpayer nor any other person is entitled to a child allowance or child benefit.

The most important case of application are foreign children. The maximum amount that could be deducted in 2004 was EUR 7,680.

How to divide tax refunds among spouses?

If the tax office determines a tax refund in the tax assessment notice, each spouse can demand that he or she be re-assigned the amount of the reimbursement relevant to their income.

In a common tax assessment, each taxpayer spouse has its own reimbursement request. The tax refund amounts are divided according to the ratio of the withheld income tax amounts during the assessment period.

This takes into account that the low earning spouse is disadvantaged by the use of spouse splitting. However, the low income earner has also benefited from tax relief, which mostly arose only on the side of the better earning spouse.

The spouses can also agree that the reimbursement claim is determined by a fictitious individual assessment.

How can consulting and legal fees be charged for tax purposes??

Since the amendment of the Income Tax Act in 2013, there has been great legal uncertainty as to whether divorce costs are recognized as an exceptional burden on the revenue authority. This should be exceptionally accepted if the litigation would affect the existence of the taxpayer. What should be covered was not clear. The Federal Finance Court has now decided and clarified that divorce costs are not to be recognized as an extraordinary burden. As a rule, the existence of the taxpayer is not threatened by the costs of divorce. For couples who divorce and have a joint venture, this could then be exceptionally true.