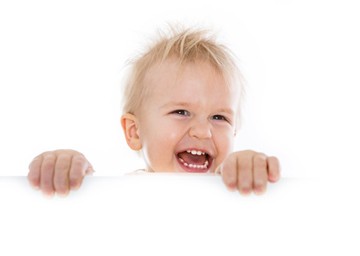 It gives you the feeling that after a long pregnancy, a painful birth, after the first six to eight teeth and many sleep-through nights, you have left the first exhausting time with the baby behind and slowly and slowly into a normal daily rhythm with pain-free days and nights to change, teeth appear again after a few months in the child. Not only in infancy when the small, pointed teeth pierce through the gums of the baby, but also the coming molars in toddlers demand many restless nights.

When do toddlers get teeth? 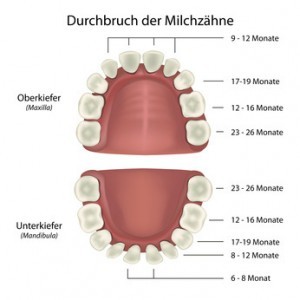 After the incisors in the first year of the baby’s make up between the 12th and 15th month of life usually the molars on the way from the jaw through the gums. While the pointed canine teeth often appear almost unnoticed during development during these months, the path of the molars is usually much more lengthy, as they can only be fully seen at the end of the second year of life.

Why are molars more painful in toddlers?

One would think the pointed edges of the canines and incisors would be far more painful for the child than the straight surface of the molars. But just this dull and large surface hurts particularly, when it pushes itself flat through the gums. In general, the little ones often suffer much more from the pressure in the mouth during teething, which arises when the teeth squeeze through the still healthy gums, than from the small injuries to the gums during the breakthrough itself Teeth erupted cheek swells slightly and gets hotter like an inflammation.

When toddlers teething everything hurts

The problem with teething is that all things toddlers do to distract themselves from pain cause pain themselves. Sucking on the pacifier or sucking on drinking bottles hurts the child just as much as biting around on fingers or objects. So the little ones actually come during teething (especially when the molars break through) hardly out of the pain anymore and are really terrible to feel sorry for. The restless nights devour both the little ones and the parents. Not only are the children quickly irritated and moaning, but the whole family is tense.

Many children hold their hands to their ears when teething because the pain of the erupting molars runs through the entire jaw. However, if you have the feeling that the child has no pain in the mouth, it can of course also be a real earache. Here it makes sense to talk to the pediatrician.

Teething in children is often accompanied by fever, when the body is a little more susceptible to infections of all kinds due to the constant pain and the health suffers. Suppositories relieve pain and fever.

Fortunately, the end of such a phase, the pain, is usually within reach for mom, dad and child within days. You can find out how to properly care for newly grown teeth in our article: Brushing Teeth for Children.