Gain some of the most coveted silverware in the sports world from the comfort of your sofa.

The latest edition of EA Sports’ world-famous game series offers all the shine of this wonderful ball sport, with hundreds of licensed clubs from all over the world to choose from. And if you want to try something new, you might be interested in the new VOLTA Football mode. There you can experience fast-paced matches on squares, in cages and on roofs. 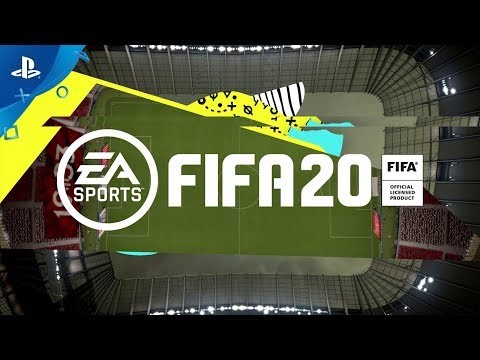 Football meets rocket-powered super cars in this chaotic mix for up to four players.

You only need the right car – whether fast and agile or large and defensive, you can freely design any vehicle with different colors or paintwork. Then chase an oversized football and (ideally) score more goals than your opponents.

Not as easy as it sounds, but it guarantees a lot of fun. 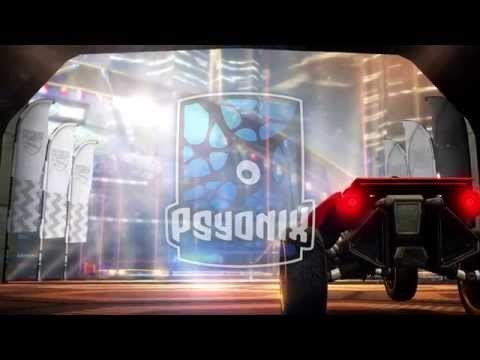 Cute and colorful: Everybody’s Golf is a simplified golf variant compared to games like PGA Tour, has intuitive controls and has options with which you can create your own silly avatar in the game.

Still, the rules are easy to understand for anyone with a hint of golf: there are, of course, balls, clubs, and holes, and the goal is still to get the former into the latter with as few strokes as possible.

As you can see from the name, NBA 2K Playgrounds is a more relaxed and simple alternative to the main basketball game series from developer 2K. 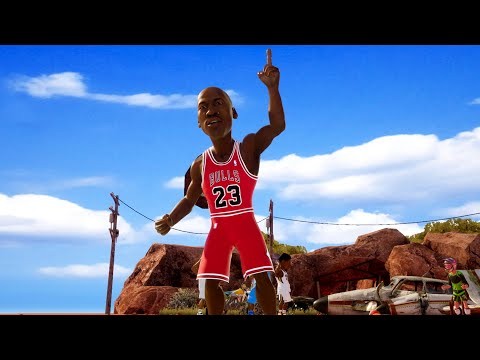 With its colorful, customizable characters, Gang Beasts is in no way a typical wrestling or spanking game.

Throw yourself into the arena with up to three other players, wrestle in sumo style and try to throw others out of the arena without being eliminated yourself. The gameplay is totally exaggerated, absolutely crazy and just very, very funny. The best thing is that the controls are completely crazy and unpredictable, which means that long-established gamers and inexperienced amateurs suddenly face each other on the same level. 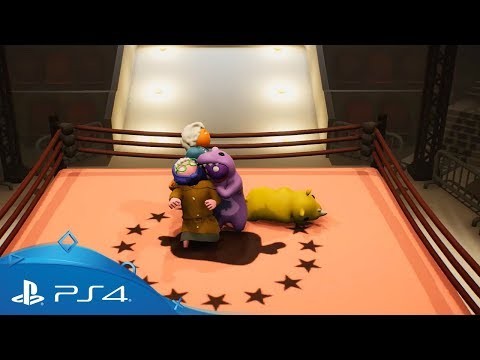 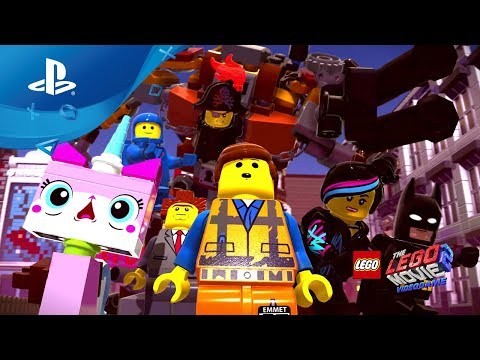 As you can see from the name, The LEGO Movie 2 Videogame is the playable counterpart to Warner Brothers’ film and includes multi-hour and family-friendly adventures, the silly LEGO humor and all your favorite characters (and some new faces!).

Assemble your Avengers team for an adventure based on the blockbuster film series. Save the world by playing Marvel’s most powerful heroes – such as Hulk, Iron Man, Thor and many more (more than 100).

There is a big world you can freely explore with heroes, golden stones and studs to collect and new characters and buildings waiting to be saved. Throughout the main story, you’ll encounter many skills that can be used in different ways, and fight one or the other battle with your assembled Avengers team in iconic locations from the Marvel film universe. 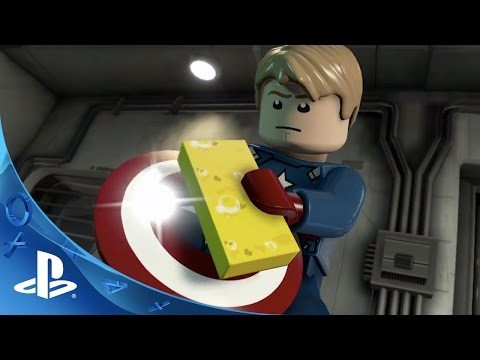 These officially licensed controllers from Hori were specially designed for small hands and are therefore ideal for young players. They are available in a whole range of different colors – just ask your local dealer for more information.

The magical world of Harry Potter has long enchanted both children and adults, and this revised game collection for the PS4 will also cast a spell over you. Experience the fantastic world from books and films all over again.

A complete adventure from the first days Harry, Hermione and Ron spent at Hogwarts to the final battle for life and death against Voldemort himself – fully staged with the colorful humor for which the LEGO games are known. There are puzzles to solve, secrets to find and lots of LEGO to build with, so that even players who are already familiar with the movies and books have plenty to do. 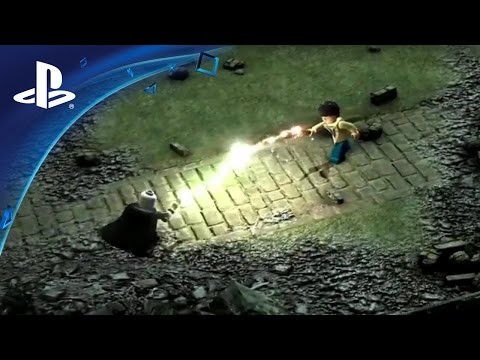 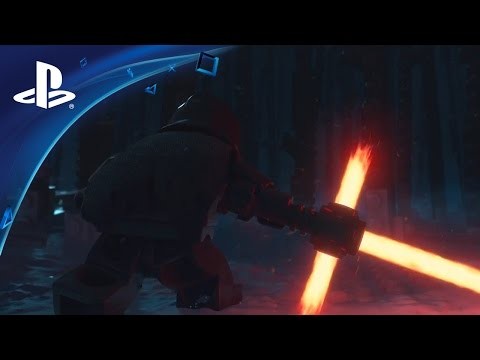 Player: 1-2
Average playing time: At least 30 minutes
Age Limit: USK 12
Intensity: 3/5 – Take care that nobody changes to the dark side!

Send the rebels of your household to a galaxy far, far away with this outstanding LEGO version of Star Wars Episode VII: The Force Awakens and embark on a journey to fight First Order.

Not only are you able to experience the film adventures of Rey, Finn, BB-8 and Han Solo anew, but you can also provide a lot of variety with the "Blaster Battles" and "Multi-Build" game modes. In these you can compete with stormtroopers in heated firefights or build LEGO structures that influence your journey in the main game.

Whether you want to dash through the area as a crash or coco, Crash Bandicoot N.Sane Trilogy brings back all the iconic characters in the series in a collection that everyone can easily find their way into. 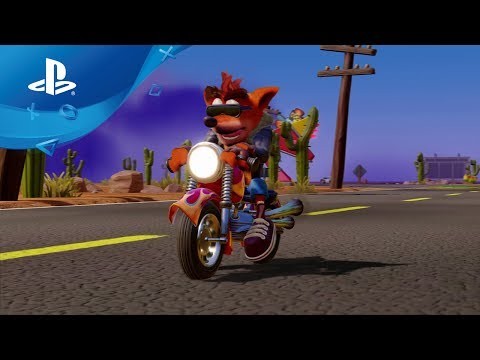 Take off on a familiar adventure with the iconic purple dragon. Spyro’s platforming adventures are inextricably linked to the PlayStation. So if your offspring missed the heyday of Spyro’s hot exploits, now is the time to make up for that.

Spyro Reignited Trilogy is a completely redesigned PS4 collection of the three most popular adventures in the series: Spyro The Dragon, Spyro 2: Gateway to Glimmer and Spyro: Year of the Dragon. Fiery, family-friendly battles and crazy mini-games ensure that nobody gets bored with this high-quality game collection. 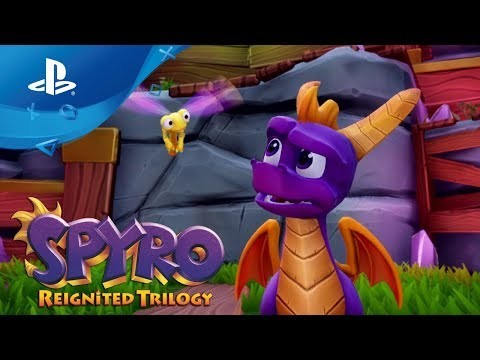 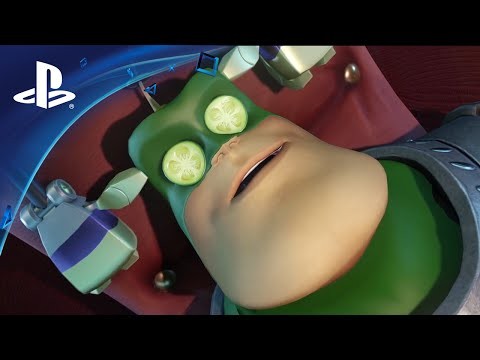 Would you like to take on the role of an inseparable sci-fi duo and save the galaxy? Ratchet & Clank is a modernized version of the original game of the same name for the PlayStation 2 and is therefore the best starting point for all children who want to embark on galactic adventures.

Part of the fun in Ratchet & Clank are the wacky weapons used in the game. Instead of a barren ray gun, you can cause unrest with creative weapons like the Groovitron that prompts you to dance or the Schafinator (which can do exactly what you would imagine it to be).

Two somewhat quirky heroes and a relaxed sense of humor are a good combination in this open-platform platformer from Playtonic Games. Very much based on the style of collect-a-thons (collective marathon games), but in a modern guise: Yooka-Laylee has one impressive cast of colorful characters, a soundtrack that you can’t get out of your head, and colorful surroundings that perfectly round off the overall picture of this wonderful game. If you have problems, you can also grab a second player in co-op mode who will help you collect items and stun enemies – a younger family member, for example, is good for this.

If you occupy the sofa with more than just two people, you can pass the time in mini-games for up to eight people – from kart races to obstacle courses.