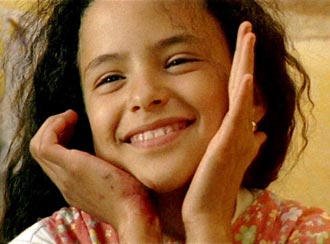 DW-WORLD: Your film is about a little Moroccan girl who wants to be a doctor. One day, however, it is no longer allowed to go to school because the parents need it in the household – and don’t think their child’s education is important. Isn’t that a very depressing ending for a children’s film?

Benkirane: It’s a realistic end! I wanted to show how in some areas of Morocco young people are deprived of the opportunity to do something about themselves. Illiteracy in the countryside is very high in Morocco – although there is compulsory school attendance. But it has not been consistently implemented for a long time. In addition, the school system is full of corruption and lies: the children in my film have to bring their teachers bread to class, otherwise there will be trouble – this is also realistic. Only since the new Moroccan king came to power have there been programs to improve the training situation.

How did you come up with the topic of education with a children’s film??

I traveled through Vietnam for three months for an earlier documentary and visited orphanages. Education of children is a serious problem there too. With "Amal" I transferred it to my own country. It has become a children’s film because I feel very connected to the children’s world. She is a part of me – especially since I have a small child myself. You suddenly see the world with completely different eyes, develop new topics – for example the future prospects of young people. I love my country and I want the situation there to change. For the good of the children.

Have you had any experience with the lack of opportunity in Morocco??

No, I myself come from the city and luckily from a different social milieu. In the run-up to the film, however, I spoke to a lot of people who never went to school themselves, but started out in manual trades early on. Nowadays, families often endeavor to send at least one in two of their children to school. But so many children are still prevented from realizing their hopes and dreams. It’s like killing them. I would therefore like to show with my film: If you don’t invest in the future of the children, they will fail, fail, fail!

The young viewers in the cinema hall are very quiet and focused on the story of "Amal" tracked. What do you think is going on in them when they see the pictures from Morocco? Understand what problems the film is about?

My films are always designed in such a way that in addition to an entertaining, visual part there is also a more profound one. I do believe that the children also notice the latter. You could tell by the fact that they asked me about the film if Amal might have gone on to school after all. Another child wanted to know why there are countries where the children do not go to school, while this is quite normal in Germany. You really seem to be brooding over the subject, and that’s important.

You are visiting Germany for the first time as part of the children’s film festival. How different do you experience the children here in Western Europe compared to the children from Morocco?

Basically, I think children are children – it’s the adults who are different. But of course the kids are in here Germany protected much better by the state than in Morocco, and the level of education is much higher. But that children have hopes, want to dream, is the same in every country.

How did your film get to the audience in your own country??

It was shown in a theater, and unfortunately there was no opportunity to talk to the audience afterwards. When it comes to assessing the situation of children, people in Morocco, of course, mostly have no comparison options – they do not know what opportunities children have in Western Europe. And they don’t realize how serious the problems are in Morocco.

With which topics and contents can children in the age of computer games and cinema action spectacles still inspire for real children’s films??

Children are interested in emotional, human issues. On the one hand you want beautiful pictures see and be entertained, but at the same time be taken seriously. That’s why directors of children’s films have to take filmmaking seriously. For example, it is important that the perspective – also from a technical point of view – is that of the children: the cameraman always had to bend his knees in order to be at eye level with them.

"Amal" is now your second production for children. Do you want to continue making children’s films in the future??

Yes, I already have a new project in the works. Unfortunately, it is not easy to work as a children’s film director, you have to be a bit of a masochist (Laughs) – because there is always a lack of money and you are not always taken seriously. But I’m very interested in the world of children, and I’m just a fan of good films – so I’ll keep going.

Ali Benkirane, born in 1975, grew up in Casablanca and studied directing in Paris. After completing his studies, he made commercials and documentaries. The short film "Amal" is his first fictional film.