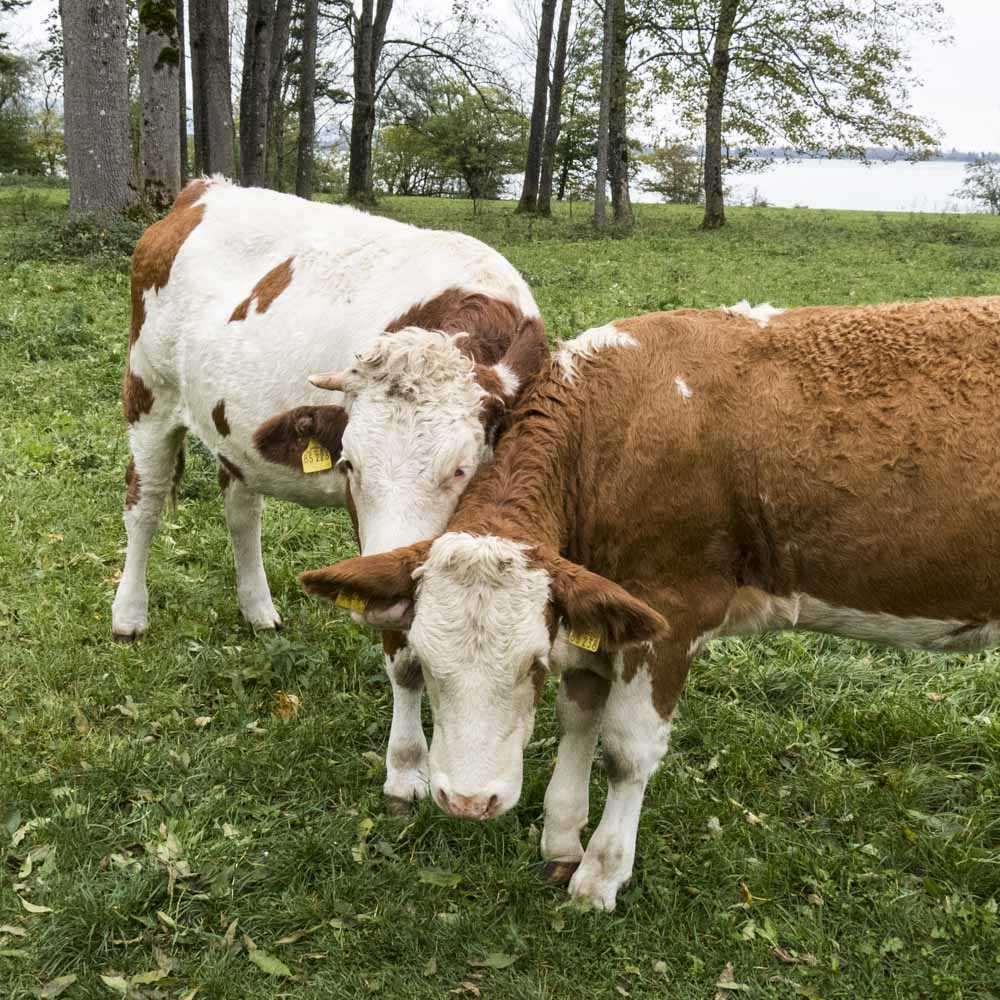 The cows can be very interesting, I have already seen in Tyrol, where a cow has looked very long in my window and has observed what I’m doing because everything. She was so curious. &# 128512; But the cow was relatively far away. We separated about 10 meters, a wall and a fence. On the shores of Lake Kochel, I have made a completely new and wonderful experience with cows for me: 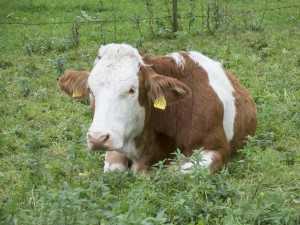 There was a pasture where several cows grazed. The path led straight through their area. The first one did not want to know about us and was only interested in her grass. She always turned away when I came closer to her and wanted to take pictures of her. She was a loner and did not want to know anything about the others. 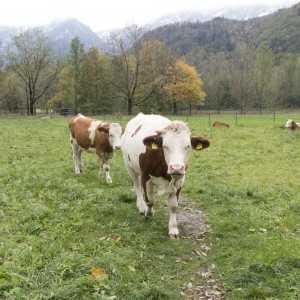 After a few meters we came to the other cows. When we started running, the cattle were already approached us and welcomed us. One was particularly brisk: He then came right up to me and nudged me with his wet snout interested and sniffed me. I thought he was so cute! So gracious. Then his friends joined in as well. At the beginning, I still had some fear of contact, because people are really really smart. But they quickly convinced me of their gentleness. Again and again they ran around us and sniffed us, nuzzling us with their snouts and cuddling among themselves. They rubbed their necks and heads together. They were in such need of love! &# 128578; Three cows have also climbed each other again and again, which has led them to have tossed and turned. So funny! The one beef tasted on my pants. She briefly put it in her mouth, but then realized that it was probably nothing to eat. She also examined my shoes. 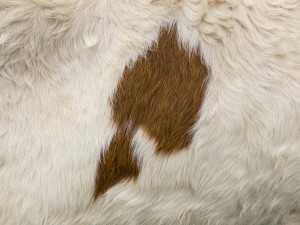 Phenomenally I also found the coat of the cows. The coat was so soft and fluffy! To stroke her was just wonderful because of the fluffy soft fur. I did not want to stop. I have never felt anything so soft and gentle. Unlike sheep, whose wool is rather hard and bristly.

The cattle I always find the eyes so beautiful. Her eyelashes are so big. That looks so pretty, I think. Her big dark eyes and her muzzle are just as pretty.

This was the first time I came so close to cows and met such cute and curious animals. I was so positively surprised and so enthusiastic. I did not want to leave because I thought it was so great. &# 128578; Being with you was like bathing in the sunshine or in love. It was so good!

I have often observed this gentleness in large animals. Whales, for example, are also very gentle with the humans and their small boats when you are close to them. They pay attention that they do not overturn the boat. 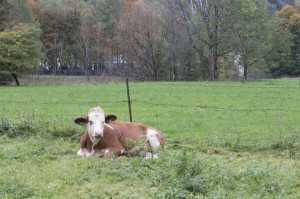 A few of the other cattle that was probably not so nice. They just sat at the side and looked at us anxiously. A few looked a little dumb, and rather scared. &# 128512; To my friends, who looked at us the whole time, I gave some fresh tufts of dandelion to eat, which they obviously liked.

I did not want to leave. It was like a bath in the sunshine, in pleasant warmth that I had to leave again. But at some point we had to say goodbye again. So I parted with a heavy heart of my new friends, the cattle. In the next weeks I often remembered the meeting. Contact with animals always works amazingly well.

The pictures bring back well the feeling of love that the animals have broadcast: