The Youth Labor Protection Act was announced 50 years ago 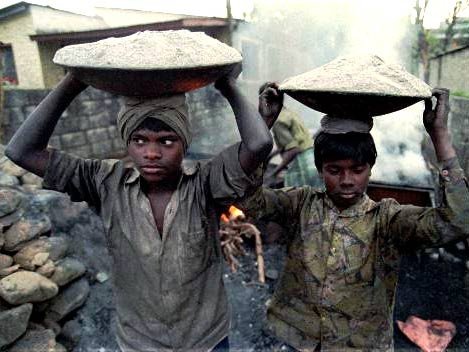 There is general consensus that young people need special protection at work from health impairments – including in the world of work. The Youth Protection Act was promulgated on August 9, 1960.

When the draft of the new youth work protection law was debated in the Bundestag in May 1960, the SPD MP Heinz Frehsee recalled the prehistory:

Frehsee, who had previously worked in agriculture, campaigned for a general ban on work for children on. Because there were still efforts to allow children to do certain jobs because of a labor shortage in agriculture.

"But this is an unsuitable object with Child labor want to solve economic problems of agricultural holdings."

Frehsee made it clear that the occasional supposedly light work was really hard work by quoting from the diary of a ten-year-old girl:

Friday: 5 hours of oats,
Saturday 5 1/2 hours.
Sunday 6 hours.
Monday: 4 hours of cows fetched from the pasture.
Tuesday read 6 hours of potatoes.
Wednesday: 10 hours of cows driven to pasture. Potatoes made out. No school.

Large farms also brought children on buses or trucks to get them to work in the chord on the potato field or when pulling beets. The new law should protect children from such drudgery. And young people in training should be protected more than before. The CDU / CSU MP Fritz Mensing, however, doubted that with shorter working hours "efficient journeyman" could be trained. In times of the Cold War, he summoned a look into the other German state, the GDR:

"How the youth is kneaded there and we go the opposite way, that a softening of these young people occurs. Especially since we all know that only young people who have been really hard at teaching can do it."

The Youth Work Protection Act, which was announced on August 9, 1960, fundamentally prohibited child labor. Children from the age of 12 were only allowed minor and occasional help in agriculture and housekeeping. And for the young people, i.e. the minors between the ages of 14 and 18, the rule was: shorter working hours, no night work, no piecework. Weekend work was only permitted to a limited extent in the hotel, in the restaurant or in the hospital. The new law also regulated vocational school, breaks, leisure time and vacation. Medical health control was also important.

"So the Youth Labor Protection Act protects minor Apprentices before overload. This protection is particularly important in the special phase, when young people start their careers, where many things are new, where work processes are new",

explains René Rudolf, Federal Youth Secretary of the German Trade Union Confederation. When the new law was overhauled and improved in 1976, there was violent political conflict again. Protest came mainly from the hotel and restaurant sector because of the strict weekend rules. Apprentices wanted to be used as full-fledged, but poorly paid service workers. This trend, says trade unionist René Rudolf, has continued to this day:

"We are constantly seeing suggestions to defuse the regulations for night work, weekend work, overtime, and Sunday work, i.e. to expand them."

These suggestions have already had their effect, says Rudolf. In any case, the government coalition’s contract contains the remarkable sentence:

Training obstacles in the hospitality industry are reduced by a more flexible youth employment protection law.

However, it can be doubted whether youth work protection is actually relaxed. A working group that was founded on the initiative of the Federal Ministry of Labor and Social Affairs and is made up of experts from the federal and state governments is currently reviewing whether the law should be changed.