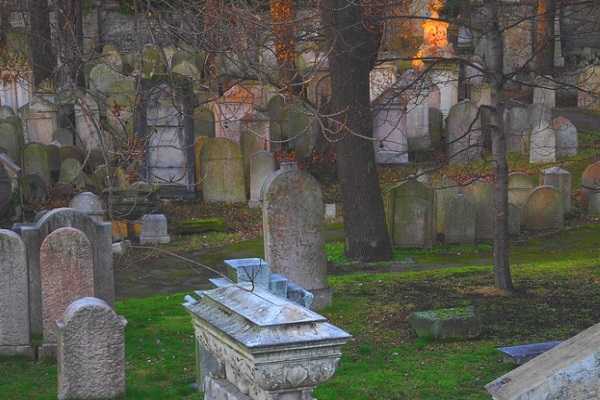 Josefov is the former Jewish part of the Old Town of Prague. It is the northern part of the old city center, sometimes called Josefstadt or Josephstadt in German. Around the year 1200 the Jews of Prague lived in Josefov. Until about 1850, it was one of the largest Jewish quarters in Europe. Today, many tourists come to the former Jewish district. Above all, they visit the remains of Jewish life in Josephstadt. These are mainly the Jewish cemetery and 5 synagogues. With Prague Castle and Charles Bridge, Josefov is one of Prague’s most important and most visited tourist attractions. Especially the old Jewish cemetery is world famous.

Important: Because things are pretty hard to understand, we recommend a guided tour of the Jewish Josefov of 2.5 hours duration including ticket. These should be booked in advance on the Internet (just under 40 euros), since the capacities in German are limited.
>>> Link to the website with more information and possibility to book

As early as the year 1000 AD, Jews lived in the area. From the 13th century Jesofov developed into a larger Jewish quarter, shortly thereafter the first large synagogue, the Old New Synagogue, was built. The greatest period of time was spent in the 16th century by the Jewish city of Prague, at the time of the legendary Rabbi Löw. The life of the Jews in the Josefstadt was characterized for centuries by the lack of space. Far too many people lived in the district of Prague. You can still see this today in the famous cemetery. Here are an incredible number of gravestones in a confined space, often people were buried in up to 12 layers on top of each other.

In 1850 the Jews finally got the right to live wherever they wanted. Many moved to other districts, the Josefov district changed. Later in the 19th century, many of the old houses and narrow streets were demolished, a new district in the center of Prague was built around the year 1900. Today, only a few things like the cemetery and the synagogues remind of the former large Jewish quarter. 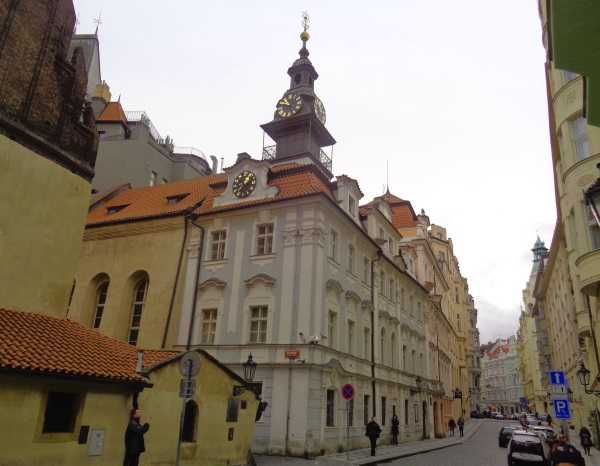 Important: Because some things are pretty hard to understand, we recommend a guided tour of the Jewish Josefov of 2.5 hours duration including ticket. These should be booked in advance on the internet (just under 40 euros), since the capacity is limited.
>>> Link to the website with more information and possibility to book

All important Jewish sights can be visited with a ticket for about 20 Euro (see tickets below).

Of the Jewish cemetery of Prague is one of the absolute top tourist attractions of Prague. Our article on this topic

The Pinkas Synagogue is one of the oldest surviving synagogues. Today, there are some 80,000 names of Jewish people who were abducted by the Nazis and were largely murdered. Our article on this topic

The Spanish Synagogue is the newest of the many synagogues (19th century). The architecture and interior are reminiscent of Moorish Spain and the Alhambra. Our article on this topic 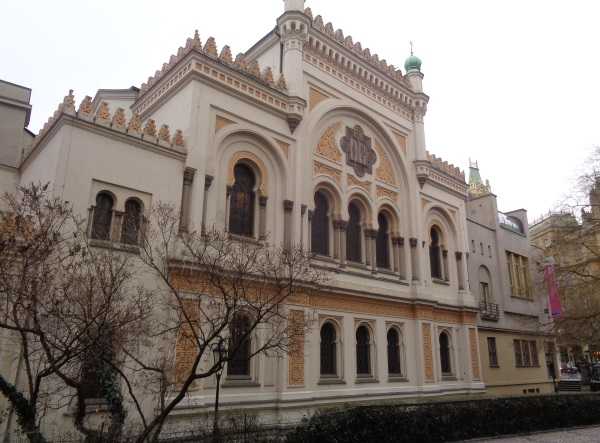 Spanish Synagogue in the Josefstadt Prague

The Maisel Synagogue from the late 16th century burnt down in 1689, but was rebuilt much later (late 19th century). Our article on this topic

The Klausen Synagogue is the largest of the many synagogues in Josefov in Prague. Our article on this topic

The Old-New Synagogue is perhaps the most famous Jewish building in Prague. It is the oldest preserved synagogue in Europe (from the 13th century). Our article on this topic 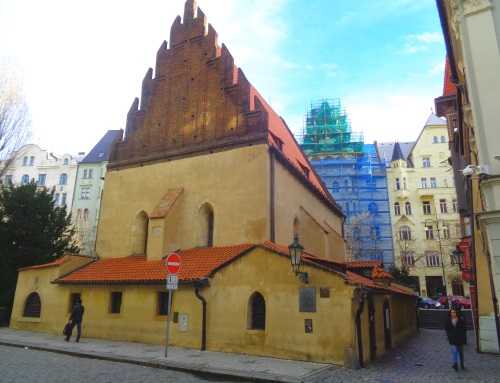 The Old New Synagogue in the Josephstadt (center Prague)

In addition, you can with the ticket for the Jewish Joselov even the Jewish ceremonial hall and an art exhibition called Robert Guttmann Gallery visit.

These are the main Jewish attractions in Prague’s Josefov district. There are also some other attractions such as the birthplace of Kafka or the Rudolfinum. These have nothing to do with the Jewish Museum Prague and have to be paid extra.

All of the Jewish sites mentioned above, except the Old New Synagogue, belong to the “Jewish Museum Prague”. However, they are in different streets in the district, but at most a hundred meters apart. Only the Spanish Synagogue is a little further away (about 200 meters).

There is a joint ticket for the above-mentioned synagogues, the Jewish cemetery, the Robert Guztmann gallery and the ceremonial hall. This costs 350 CZK for adults. Children under 15 years, as well as older students under 26 years, pay 250 crowns, children under 6 years can visit the Jewish attractions in vain. The Old New Synagogue costs 200 crowns extra, but you should definitely look at them. For some time now there is also a combined ticket including the Old New Synagogue for 500 crowns for adults (ie about 20 euros). You can buy the tickets for Josefov on site. Most tourists buy the combined tickets for the Jewish Josefov at the Pinkas Synagogue, which is also the entrance to the Old Jewish Cemetery.

Since things are quite difficult to understand, we recommend a good tour of the Jewish Josefov. These should be booked in advance on the Internet (duration about 2.5 hours), since the capacity is limited. >>> Link with more information and booking

With the great Prague Card, entry to the Jewish attractions is free. The Prague Card is a tourist ticket with free admission to many sights in Prague and much more. >> On this link you can find the Prague Card and more information. 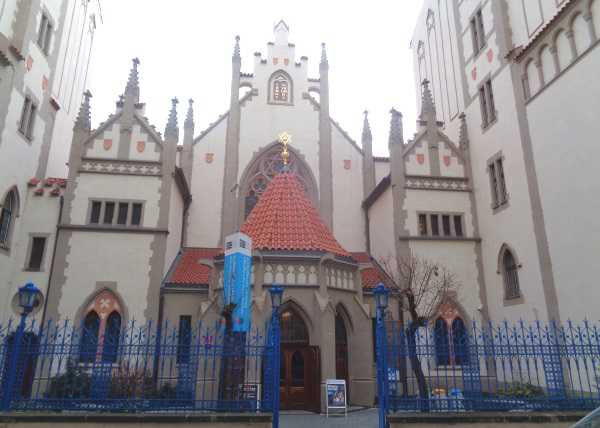 Of course, the neighborhood is always open. Thus, the following information refers to the Jewish sites described above. Saturday is day off, on all other days (except some Jewish holidays) you can visit the synagogues, the cemetery, etc. from 9 clock. In the summer everything is open until 18 o’clock, in the winter because of the early darkness in Prague only until 16:30. These opening hours apply to all Jewish attractions in the Josefstadt of Prague (Josefov).

Short documentary (about 4 minutes) with all major attractions