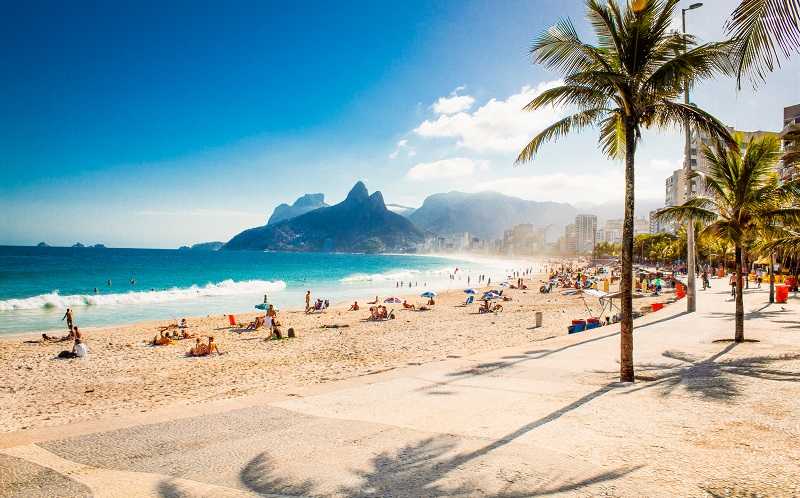 The most beautiful beaches: Beach vacation all over the world

Looking for the most beautiful beaches, vacationers are spoiled for choice. Because dream beaches are available all over the world. To facilitate the selection, we introduce some of the most idyllic.

The most beautiful beaches: the agony of choice

Paradise beaches are around the world. Whether in South America, Europe, on the islands of the Mediterranean or on the coasts of Southeast Asia and Australia. Tourists are spoiled for choice, so the decision is not easy. For example, Australia alone has about 11,000 beaches, most of which are suitable for a relaxing beach holiday. Or the comparatively small Greece: Alone 3000 large and small islands, of which almost all offer great beaches, are off the coast.

The most beautiful beaches can be found both in tourism strongholds, as well as secluded in nature. Some are in the middle of cities, others in idyllic solitude. It is important that you are clear about what you really want:

The most beautiful beaches can be found both in tourism strongholds, as well as secluded in nature. (# 01)

Spain: the most blue flags in the world 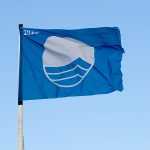 Just because there are charming coastal areas and beaches around the world, you have to be aware of your individual preferences. This facilitates the search for the most beautiful beaches. Also in Europe. Spain alone has more than 8,000 kilometers of coastline, home to some of Europe’s most beautiful beaches. Almost 600 Spanish beaches can boast the blue flag. It is awarded for excellent service, cleanliness and very good quality. There is no state in the world with more “Blue Flags”.

So it is not surprising that the southern European country is also on our list of the most beautiful beaches. One of them: La Concha Beach in Basque San Sebastian. There are only a few beaches in the world with a similar, shell-like shape.

Its shape is not the only feature of San Sebastian’s city beach. Because he is commonly considered one of the most beautiful city beaches in the whole of Europe. In addition, it is one of the best quality: the beach is very clean, well maintained and surrounded by picturesque hills that offer an incomparable view of the bay. From there you have the best view of the island of Santa Clara, which is within sight of the beach. In summer, boats regularly go to the island. Especially recommended: a relaxing walk to the beautiful lighthouse, which is located in the middle of Santa Clara.

By the way, children also get their money’s worth on the city beach of San Sebastian: in the shallow water, the little ones can splash without hesitation, in the fine sand you can play wonderfully and build sand castles. Not far from the beach there are some beautiful family hotels with many attractive offers and programs for children, such as the “Hotel Maria Cristina” or the “Zenit”. The beach is right in the center of San Sebastian, just a few minutes walk from the old town. 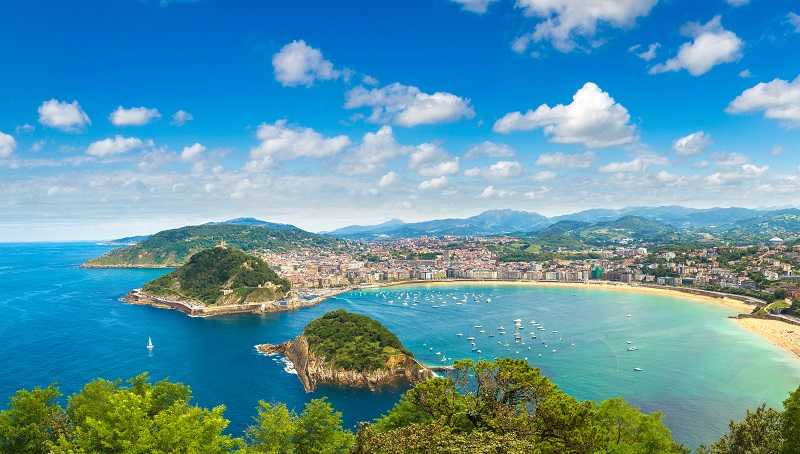 He is one of the most beautiful beaches in Europe: Katsiki Beach in Greece. It is not a big beach, but rather a small, extremely tranquil stretch of coastline. But one of the most extraordinary of its kind. Because only a few bays in the world, impress through such a rugged, majestic landscape: sloping slopes and steep limestone cliffs meet azure water. Who suns on the pebble beach, is protected by a breathtaking, several hundred meters high wall.

Another special feature that many vacationers appreciate: Katsiki Beach is secluded and quiet. There is no mass tourism and the nearest town is with Lefkada City about 30 kilometers away. Although the beach is so secluded and tranquil embedded in nature, it offers all the amenities of a relaxing day on the beach: There is a deck chair and umbrella rental. A separate delivery service and beach waiter, take care of the physical well-being of the tourists.

If you still feel like culture and sights, then simply drive to Lefkada. There are u.a. a splendid castle built around 1300, an archeological museum or the well-known Akoni waterfalls throughout Greece. 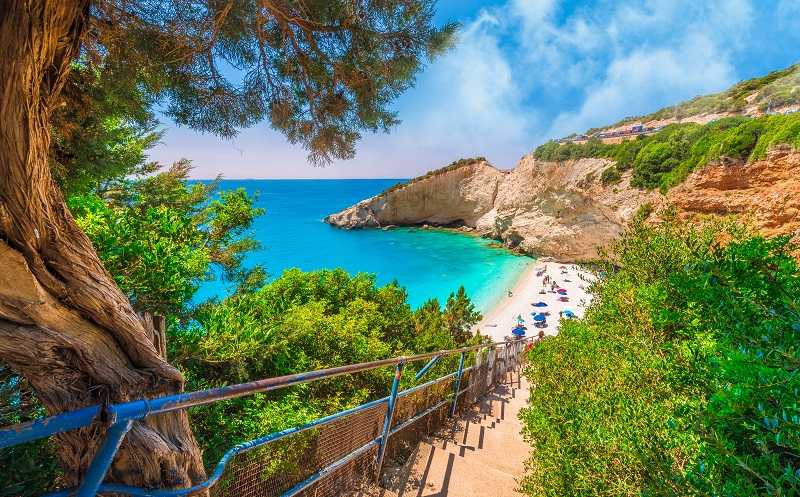 One of the most beautiful beaches in the north: Vík í Mýrdal (Iceland)

Of course there are great beaches not only in the south of Europe, but also in the far north. One of the most beautiful: the “black beach” of Iceland. It is located in Vík í Mýrdal, the southernmost village in the country. The beach of Vík í Mýrdal is known around the world for its black lava. At the beginning of the 90s he was voted one of the 10 most beautiful beaches in the world. And until today, the remote location is always in lists with the most extraordinary beaches. The reason for its unique color: the volcanic ash and the lava of the mountain Reynisfjall, which colored the beach black for centuries.

Among the best places for Iceland tourists, the village (which, incidentally, only about 350 people live) also because of the other attractions in the immediate vicinity. Among them are the four pinnacles (Reynisdrangar, Skessudrangur, Landdrangur and Langsamur), around which all sorts of myths and legends entwine, and Mount Reynisfjall, home to many exotic and sometimes rare bird species. 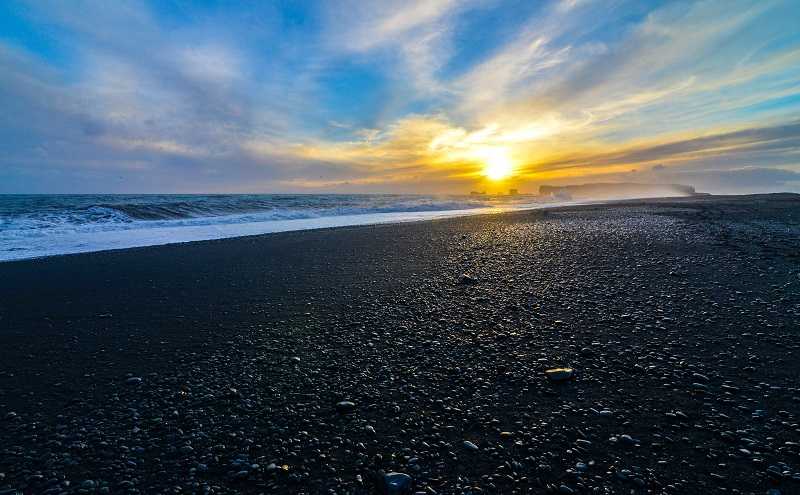 The most beautiful beaches: The black beach of Vík í Mýrdal (Iceland) (# 04)

The bay of Anakena on Easter Island is unique in the world. The island with the famous, mysterious stone statues lies solitary in the Pacific, more than 3500 kilometers from the Polynesian mainland. Almost everyone knows the stone statues called Moai, only a few of them have the dream beach of Anakena. He is one of the most beautiful beaches in the entire Pacific. And not only because of the special location within sight of some of the venerable statues. If you are looking for a perfect place for sunbathing, you will find it in Anakena. One reason for this: the tender, powdered-sugar-soft sand. In addition, it shines so bright on particularly sunny days that it dazzles. Add to that the turquoise shimmering sea, which attracts water rates with its pleasant temperatures (in summer about 24 degrees).

From the water you have a great view of the meter-high Maoi statues. Four of them wear tufa jewelry on their heads. But such a tuff weighs several tons. And the place also has to offer culinary delights. Because tourists can look forward to something very “sweet” in the nearby beach houses: the pineapple offered there has a reputation for being among the tastiest in the world. 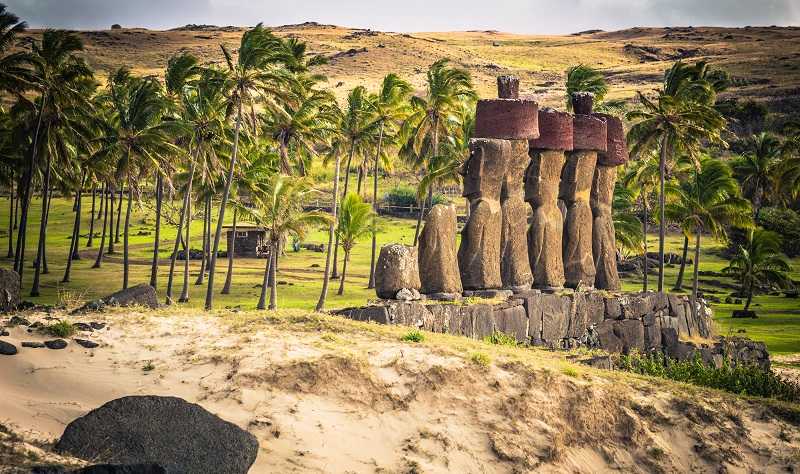 The most beautiful beaches: The Bay of Anakena (Easter Island, Chile) (# 05)

Many thousands of miles away – in the middle of the Indian Ocean – the Seychelles. The beach Anse Georgette on the island Praslin belongs not only to the most beautiful island beaches in the Indian Ocean, but all over the world. Especially diving and snorkeling fans get their money‘s worth here: The water is crystal clear and therefore offers an inimitable, clear view of the colorful, exotic underwater worlds. Moreover, in the warm months, during the southeast monsoon, the sea is very calm and the waves are small.

The beach is also known for its many coconut palms that line the bay. They make an impressive photo opportunity. One should beware of the many falling coconuts and therefore lay down with the beach towel at a safe distance to the palm trees. Also recommended: the Vallée de Mai National Park on Praslin. It was added to the UNESCO World Heritage List in the early 1980s and is home to countless endangered species and beautiful plants, despite its manageable size. Because the Vallée de Mai is one of the smallest nature reserves in the world with 19.5 hectares. 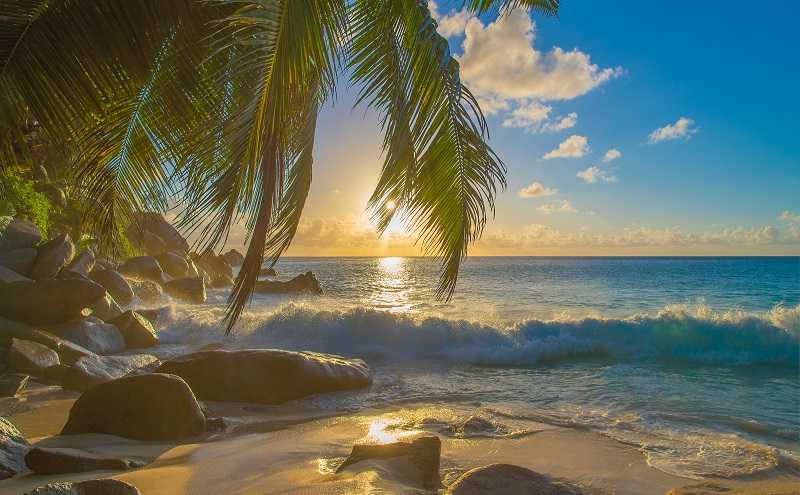 If you like rare natural spectacles, we still have two real insider tips for you. At Lazy Beach in Koh Rong Samloem in Cambodia (Southeast Asia), sky and sea shine to dusk in their most beautiful colors. The sunset, which you can admire from the paradisiacally situated beach, is unique. In addition, really intoxicating: the intense, bluish glow of the water, which gives the impression of dozens, surreal flashes of light. This magical play of colors can be observed from both the water and the fine sandy beach. The reason for the sparkle: thousands of algae. If they move, they make the sea shine.

Known around the world as the “green beach” of Hawaii is Papakolea. Papakolea Green Sand Beach is one of only four known green sand beaches in the world. Like the beach of Vík í Mýrdal in Iceland, the nearby lava rocks are responsible for the rare, atmospheric color. It gives the entire bay a melancholy, almost mysterious atmosphere. Even those looking for a secluded place to sunbathe, is right here: The bay is lonely and deserted, tourists reach the place only about a three-kilometer walk.

Sabrina Müller, born in 1982 in Berlin, is now the mother of three children. Actually, she did not want so many kids. However, after her first daughter was really easy to care for, Sabrina and her husband decided to have more children. No one could know that easy care is not always followed by easy care. After the first daughter followed a girl and a boy. Her rascals are currently filling Sabrina’s life. In addition to caring for the children, Sabrina is also involved in kindergarten and sews and tinkers like.